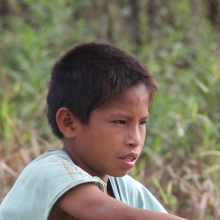 Over the last 20 years, countries have been acting locally and collectively as an international community to ensure that the conservation and sustainable use of the environment leads to sustainable growth, helping to lift people out of poverty permanently.

Find out what the Bank Group's branches are doing on environment.