Towards a national single use plastics roadmap in Vietnam: strategies and options for reducing priority single-use plastics

Rapid economic growth, urbanization, and changing lifestyles in Vietnam have led to a plastic pollution crisis. An estimated 3.1 million metric tons of plastic waste is discharged on land in Vietnam annually. At least 10 percent of this mismanaged waste leaks into the waterway, making Vietnam one of the top five plastic polluters of the world’s oceans. The volume of leakage could more than double by 2030 under the business-as-usual scenario.

The Vietnam: Plastic Pollution Diagnostics report identifies the sources and pathways of plastic pollution in Vietnam. Based on the field surveys, it finds out that:

In the National Action Plan for Management of Marine Plastic Litter by 2030, Vietnam targets to  cut marine plastic litter by 50 percent by 2025, and by 75 percent by 2030. Some measures have been put in place such as the impending ban of producing and importing of plastic bags for domestic use by 2026 and most single-use plastic products by 2031.

To inform the Government’s efforts in reducing plastic pollution, the World Bank proposes a policy roadmap to reduce the usage of the most common single-use plastic (SUP) items. The top three items are: non-degradable plastic bags, expanded polystyrene (EPS) food containers, and plastic straws. Other items are those used in food take-away, catering, and tourism businesses.

This report summarizes a broad range of policies for eliminating SUPs that include restricting the distribution of SUPs, charging fees when SUPs are used, and banning certain SUPs. To avoid disruptive economic impacts, the roadmap recommends reducing SUPs in phases, which begin with restrictions and fees, and then gradually progress toward total bans. It also proposes the co-ordination mechanism among relevant stakeholders, which is key to effective implementation of policy interventions.

Rapid economic growth, urbanization, and changing lifestyles in Vietnam have led to a country-wide plastic pollution crisis. This study shows that single-use plastic items make up a large portion of plastic pollution in Vietnam, and addressing their use will make a big difference. 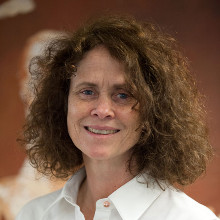 The two reports are funded by PROBLUE, a multi-donor trust fund designed to help countries chart a course towards a sustainable blue economy.