The World Bank in Eastern and Southern Africa

Countries On selection, leaving this page

Home to almost 60% of Africa’s population, the Eastern and Southern Africa region is geographically, culturally, and economically diverse and comprises 26 countries stretching from the Red Sea in the North to the Cape of Good Hope in the South. The region had an estimated gross domestic product of $1,917,904 million in 2021 with South Africa as the region’s largest economy followed by Angola, Kenya, and Ethiopia. Seychelles and Mauritius are the region’s only high-income economies.

The Eastern and Southern Africa region boasts some of the world’s richest natural resources. The Democratic Republic of Congo (DRC) produces much of the world’s mined cobalt, and Angola leads the region in the production of crude oil. For many Eastern countries, agricultural products are the main commodity: Ethiopia and Uganda lead the region in coffee exports while Kenya is the largest tea exporter. For countries in the South, precious metals and minerals are the biggest exports, including gold and diamonds from South Africa and platinum from Zimbabwe.

While much of Africa’s population lives in rural areas, Eastern and Southern African cities continue to grow. In South Africa, nearly half of the population lives in urban areas such as Johannesburg, the country’s largest city. However, this does not translate into a reduction in poverty. South Africa remains a dual economy and is one of the most unequal countries in the world.

With nearly half the population under 18, people are Africa’s greatest resource. In April 2019, the World Bank launched the ambitious Africa Human Capital Plan (AHCP) to boost Africa’s potential through the health, knowledge, skills, and resilience of its people. At the core of this $2.2 billion initiative is the push for greater women’s empowerment and gender equality and as of June 2021, the AHCP delivered more than $6 billion in new women’s empowerment projects across the region.

Eastern and Southern African economies were well on their way toward recovery from the turbulence of the COVID-19 pandemic, but the war in Ukraine has created a daunting new set of woes for the region. These include soaring commodity prices and food shortages in a region that is already in the grip of worsening food insecurity, debt distress, and devastating climate shocks, including the worst drought in the last four decades. Economic growth in Sub-Saharan Africa (SSA) is set to decelerate from 4.1% in 2021 to 3.3% in 2022. Among Africa’s three largest economies, growth is subdued in Nigeria and South Africa, while the Angolan economy gains from elevated oil prices, an increase in oil production, and good performance of the non-oil sector. Excluding South Africa and Angola, the Eastern and Southern African subregion is expected to grow to 3.0% next year and 3.8% in 2024.

The World Bank is working closely with country leaders, civil society, development partners, and young people in Eastern and Southern Africa to chart a brighter course for the future. It is also working with regional economic organizations, which play a strong role in helping countries reach their development potential. These include the Common Market for Eastern and Southern Africa, the East African Community, and the Southern African Development Community. The Indian Ocean Rim Association supports countries bordering the Indian Ocean and the Intergovernmental Authority on Development covers the Horn of Africa, which includes Djibouti.

Record high international food and fuel prices—especially during the first quarter of 2022—triggered a global crisis that is threatening to increase extreme poverty, worsen hunger and nutrition, and redirect already limited fiscal resources. At least 36.1 million people across the Horn of Africa are severely food insecure as Ethiopia, Kenya, and Somalia experience the worst drought in 40 years. In March 2022, the tropical Cyclone Gombe made landfall in Mozambique and Madagascar, destroying farmland and exacerbating already high levels of food insecurity in the region. To help cushion this shock, the World Bank approved a $2.3 billion program to help countries in Eastern and Southern Africa tackle growing food insecurity via the Food Systems Resilience Program for Eastern and Southern Africa (FSRP). The program is enhancing response strategies in food crisis and includes a Contingent Emergency Response Component to provide agile funding to the region.

A combination of water stresses like crippling droughts and devastating floods, and rapidly rising temperatures are hitting African economies hard, with Southern Africa experiencing increases in temperature of up to 2°C over the past century. In June 2022, the World Bank approved the Horn of Africa Ground Water for Resilience Project (HoAGWRP), a new multi-phase project benefitting from $385 million in International Development Association (IDA) financing to boost the region’s capacity to adapt to climate change. It also committed $327.5 million through the De-risking, Inclusion, and Value Enhancement of Pastoral Economies in the Horn of Africa (DRIVE) project to cushion pastoralists in Djibouti, Ethiopia, Kenya, and Somalia from the impacts of drought and better connect them to markets. The project will enable the region to adapt to the impacts of climate change, commercialize livestock production in pastoralist communities, and ensure inclusion of the marginalized and vulnerable groups such as women in the sector.

Low COVID-19 vaccination rates due to vaccine hesitancy, weak capacity and infrastructure, and bottlenecks in logistics remain hurdles for getting jabs in arms and require the region to be watchful of new variants of the virus and the subsequent spread of disease. As of October 2022, 25.4% of the population of Sub-Saharan Africa have received at last one dose while 19.8% are fully vaccinated according to the World Health Organization (WHO) regional office for Africa. Fifteen out of 48 countries in the region have met or exceeded the WHO target of 40% of the population with a first dose of the coronavirus vaccine by the end of the year 2021 while only four countries (Rwanda, Seychelles, Mauritius, and Lesotho) reached the 70% target by mid-2022. As of June 2022, the World Bank has committed $3.6 billion to 24 COVID-19 operations to support vaccine acquisition, distribution, and deployment in Sub-Saharan Africa, and 20 of those are in Eastern and Southern Africa.

Access to affordable, reliable, sustainable, and modern energy is essential to the development of Africa’s infrastructure ecosystem that includes sustainable transport systems and a robust digital economy. The World Bank is working to help safeguard Africa’s progress in the wake of the COVID-19 pandemic by supporting efforts that will expand and accelerate electrification in Eastern and Southern Africa and help their economies transition to low-carbon green economies that leave no one behind. For example, in Rwanda we have supported long-term, programmatic approaches throughout the last decade that has helped the country adopt an integrated electrification approach that allowed it to scale up rapidly both grid and off-grid electrification, and in both cases develop targeted interventions to make sure that electricity services are affordable for the poor, whether households are on- or off-grid. In Mozambique, we are also supporting an integrated grid and off-grid approach, using off-grid solutions to reach displaced people and host communities in conflict areas. Lastly, we are preparing new operations focusing on off-grid in fragile places such as South Sudan.

The digital revolution is a historic opportunity for Africa to leapfrog into the fast-growing $11.5 trillion global digital economy, and bypass traditional economic stages. In fragile contexts, digital technology solutions can help deliver services to the poor when more traditional methods cannot, e.g., mobile money vs. more traditional solutions. It can help advance the creation of digital IDs and the “Identification for Development (ID4D)” which is also as a key accelerator for human capital. We are supporting the African Union’s goals to help countries transition to a digital economy, with a focus on skills, entrepreneurship, infrastructure, platforms, and financial services.

Regional integration is key to Africa’s recovery efforts and offers considerable potential for economic growth through markets and trade reforms, as well as an opportunity to mitigate conflicts across the region. The World Bank Group remains one of the key contributors to Africa’s regional integration. Current World Bank Regional Integration portfolio supported by the International Development Association (IDA) amounts to over $16 billion (in 2022), including more than 90 projects, and representing about 13 percent of World Bank’s total portfolio for Africa. The updated World Bank Group’s regional integration strategy (2021-2023) has stepped up to support the region, releasing over $8 billion in additional funding through 2023 to help the continent recover from the pandemic and achieve its economic transformation. The strategy also supports regional connectivity, trade and market integration, human capital development, and greater resilience. Special focus is on cross-border approaches to bring countries and partners together to address common challenges in the fragility hotspots of the Horn of Africa and the Great Lakes.

Regional integration will get a major boost from the roll out of the African Continental Free Trade Area (AfCFTA), a pact which simplifies and harmonizes trade and transit procedures. If fully implemented, AfCFTA could raise incomes by 9% by 2035 and lift 50 million people out of extreme poverty, according to a new World Bank report done in partnership with the AfCFTA Secretariat.

In July 2022, the World Bank approved a $100 million support program for the Africa Centres for Disease Control (Africa CDC) to help strengthen the institution’s technical capacity and institutional framework to support African countries in preparing for, detecting, and responding to disease outbreaks and public health emergencies. Burundi, the Democratic Republic of Congo (DRC), and neighboring countries within the Great Lakes Region of Eastern Africa are set to benefit from the World Bank’s new Great Lakes Trade Facilitation and Integration Project which provides $250 million in financing aimed at facilitating cross-border trade and targeting small-scale and women traders in the borderlands of the Great Lakes Region.

Knowledge is essential for governments to make better, evidence-based policies and for institutions to make aid more effective. Our most recent regional studies can be found below, and analytical work by country is published on each country’s website. 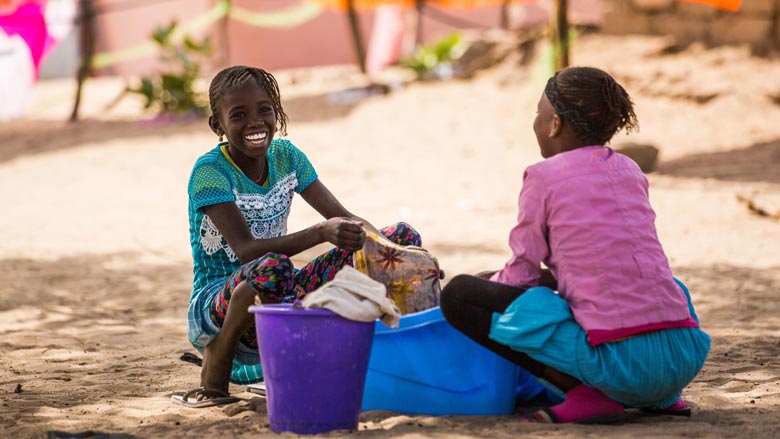 Beyond COVID: The Road to Recovery for Africa

Most African countries have thus far escaped the worst health impacts of the COVID-19 pandemic. However, the economic fallout of the health crisis is pushing the region into its first recession in 25 years, and threatening to undo over a decade of development progress. Concerns of a second wave are fueling further uncertainty, but many African countries have seized the opportunity within the crisis to move faster on reforms and investments that will be crucial for a sustained recovery and long-term development.
Beyond COVID: The Road to Recovery for Africa 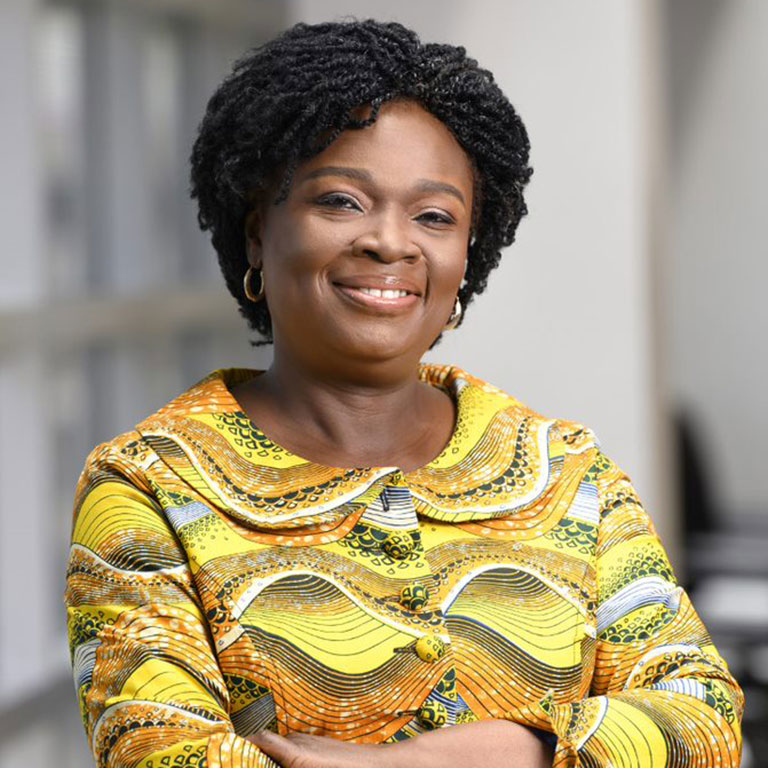 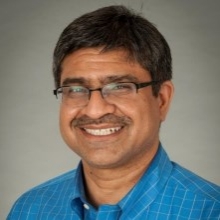