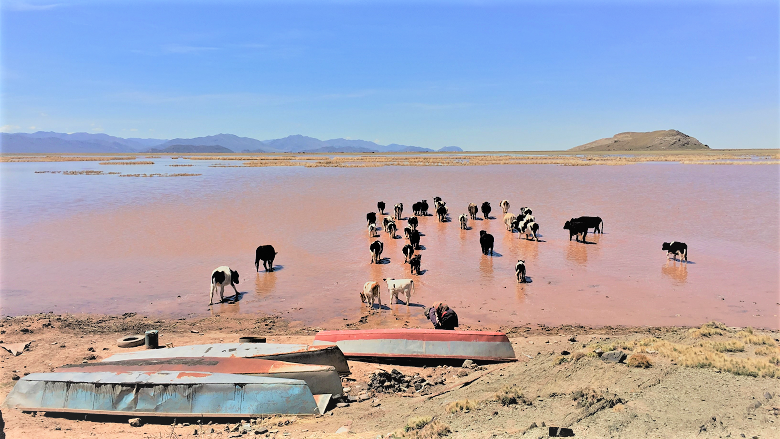 As we mark World Day to Combat Desertification and Drought tomorrow, notable strides have been achieved in building resilience to these issues globally. From Africa to Asia, concerted effort has led to gains in development, and all regions are experiencing economic growth.  to preserving these achievements.

by impeding growth in strategic sectors such as agriculture, water resource management, and urban development.  As was discussed at the recent World Reconstruction Conference (WRC3), these risks, compounded further by fragility and conflict situations, are on the rise in many parts of the world.

Countries across Africa and the Middle East, many of which are in conflict situations, are confronting this now, with 20 million people across these two regions currently facing famine from a prolonged drought.   Future trends predict that

In East Asia, Vietnam recently experienced its worst drought in 90 years. The El Niño-induced disaster impacted 83 percent of the country’s provinces, affecting over 2 million people. In Indonesia, the rainy season did not start when expected, due to El Niño. The UN estimates that in severely drought-affected districts, 3 million Indonesians live below the poverty line, and 1.2 million of these people rely on rainfall for food production and for their livelihood.

At this critical crossroads, , especially when it comes to combating desertification and drought. In response to these challenges, the World Bank and partners have set up programs to strategically tackle drought, desertification, and impending climate risks.

" Droughts, climate change, land degradation, and desertification are closely interrelated. The World Bank group is working with countries around the world to help build resilience to the growing economic, environmental, and social challenges we face today, including drought and desertification. "

Some examples of programs and projects that work from the ground up to build resilience against natural and climate-induced disasters, such as drought and desertification, include:

“Resilience is key to protecting hard-won development gains” emphasized Sameh Wahba, World Bank Director of Urban and Territorial Development, Disaster Risk Management, and Resilience. “Collective effort has driven achievements in resilience thanks to ongoing strategic planning and effective implementation, but much still needs to be done. The time for action is now.”