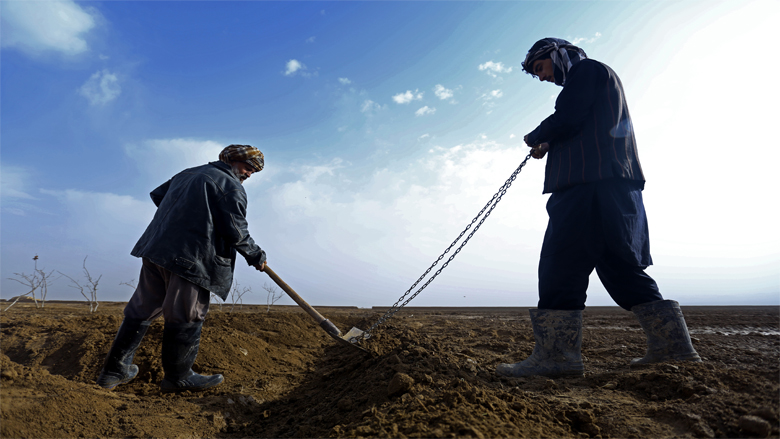 The Irrigation Restoration and Development Project aims to holistically increase agricultural productivity and production in target areas across Afghanistan.

KHULM DISTRICT, Balkh Province – A long stony embankment directs water from an irrigation canal to the farmlands down in the village. Hashim draped in a gray wool coat, leans on his shovel as he looks out toward the canal. He watches the water gurgle and sputter out onto his field. Hashim doesn’t say much but quietly smiles to himself as he thinks of the harvest season when all four hectares of his farm will be ready with wheat.

“It is the second year that I can cultivate all four hectares of my farmland. I am very thankful to the project that rebuilt the canal for us,” he says. As Hashim continues to plow his land, he talks about the past when the villagers faced water shortages. Without the protection of a permanent embankment, farmers had to battle flooding as well as drought conditions. Lack of access to irrigation led to frequent crop failures whereas flooding led to massive soil erosion, making many fields marshy wastelands.

But Afghan farmers are nothing if not resilient. Many tried to build temporary embankments with bags of sand, an activity that not only proved expensive but also futile. Another farmer, Ashraf, 50, recounts, “We used to spend more than 500,000 afghanis (about $7,500) every year to build new protection walls with sand bags and direct the water to our farmlands. Now with the canal built, we save that amount of money, and all the farmers are happy about that.”

Hashim and Ashraf are among the many beneficiaries of the rehabilitated Sharqi canal, which more than 1,400 households use for irrigating their fields. Sharqi canal is located on Chil Aywan river in Nassrullah village in Khulm district, northeast of Mazar-e-Sharif city. The main source of income for the farmers using Sharqi canal are horticulture, agriculture, and livestock management. They mostly grow pomegranate, watermelon, and wheat. 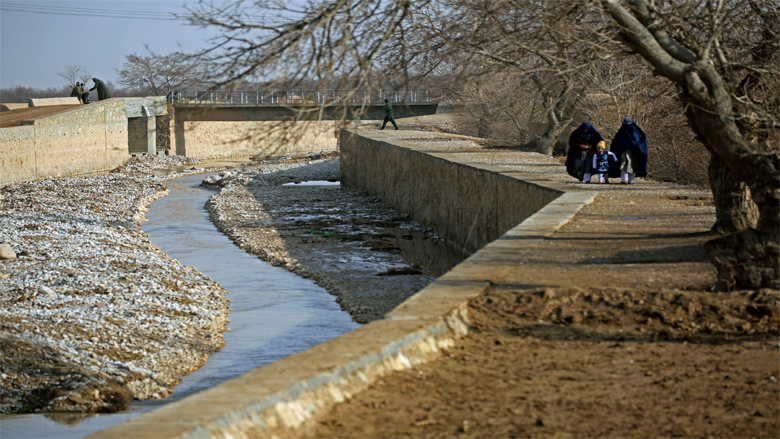 To date a total of 98 irrigation schemes has been rehabilitated, covering 100,000 hectares of irrigation command area and benefiting over 63,000 farmers across the country thanks to the support provided by the Irrigation Restoration and Development Project.

Photo Credit: Rumi Consultancy/ World Bank
" It is the second year that I can cultivate all four hectares of my farmland. I am very thankful to the project that rebuilt the canal for us. " 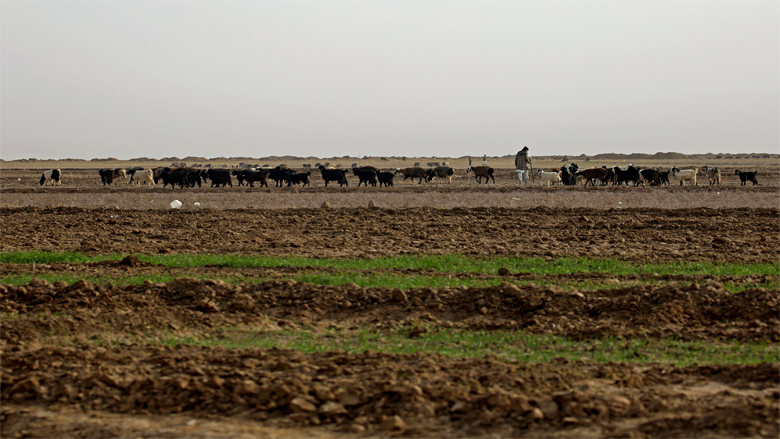 The rehabilitation of Sharqi canal has revived many areas of wasteland and turned them into productive farmland, irrigating over 13,000 hectares. “As I have enough water this year, I want to cultivate more, which will enable me to earn more money,” says farmer Amirullah, 54.

Besides the new canal embankment, the rehabilitation project also fortified riverbanks and created channels to distribute water from the canal to different fields. The project, budgeted at 57 million afghanis (about $853,000), started in June 2014 and the irrigation network opened for public use in November 2015.

Irrigation is one of many positive outcomes of the Sharqi canal project undertaken by the Irrigation Restoration and Development Project (IRDP). IRDP aims to holistically increase agricultural productivity and production in target areas. It operates under the umbrella of the Ministry of Energy and Water (MEW) in six regional offices: Kabul, Herat, Jalalabad, Kandahar, Kunduz, and Mazar-e-Sharif.

IRDP supports the rehabilitation of irrigation systems, serving some 300,000 hectares of land across the country. So far, a total of 98 irrigation schemes has been rehabilitated, covering 100,000 hectares of irrigation command area and benefiting over 63,000 farmers. The project is supported by the International Development Association (IDA), the World Bank Group’s fund for the poorest countries, and the Afghanistan Reconstruction Trust Fund (ARTF), in partnership with the Government of Afghanistan.

In Balkh Province, IRDP has completed 18 of the contracted 27 projects. “IRDP has developed and rehabilitated many irrigation networks in northern Afghanistan,” says engineer Zabiullah “These works have encouraged agriculture and horticulture activities in these provinces and translated directly into increased farm incomes.”

In the past, floods destroyed the sandy walls of Sharqi canal every year, and farmers had to repair them to direct water toward their fields. Amirullah remembers the time when more than 100 people had to work every day for a month to repair the canal. Many farmers were tired of doing the same work every year and some whose fields were at the end of canal were not even able to irrigate their farmlands. “So many abandoned their fields and left the village to move to Mazar city. Farming was so hard,” Amirullah says. “However, now that IRDP has carried out the canal work and improved access to water, I will hopefully see some of them returning soon.”