Moving Away from Humanitarian Appeals to Managing Droughts in Ethiopia

ADDIS ABABA, May 2, 2017 - Across the vast, flat plains of southeastern Ethiopia, you can see plumes of dust whirling around like mini tornados. Local people say they signal the onset of rain but, so far, in many places the rain has failed to come.

Ethiopia was relieved to see the 2015/2016 El Nino drought end, but its October/November 2016 seasonal rains were light and now, in early 2017, parts of the country are staring drought in the face again. This time, pastoralists in Ethiopia’s Somali and Afar Regions have seen many of their cattle die.

The Government of Ethiopia is no stranger to drought: since 2003, it has faced five serious droughts affecting millions of people. This is forcing it to think how it can anticipate, plan, and respond to drought.

Each year, the drought is given a name. This year they call it “Sima”—the “great leveler” in the Somali language. Everyone will suffer, rich or poor.

Studies have shown, however, that droughts make the poor even poorer. In the 2015/16 drought, for example, here most people’s livestock holdings fell by nearly 50%. And it often takes as many as four years for many households to recover from a drought.

Adding to the pressure the current drought is exerting on Ethiopia is the imminent threat of famine in neighboring Somalia, leading to an influx of refugees into Ethiopia, straining the government’s already overstretched systems of providing food and water to those people worst affected by it. 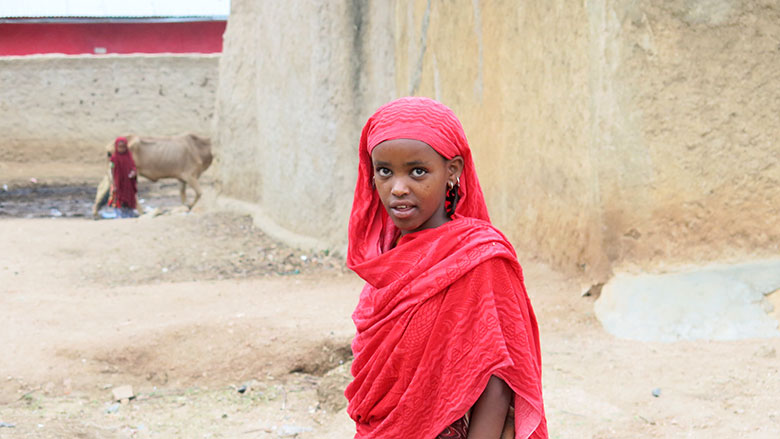 An established and coordinated response to drought

The Ethiopian government’s response to last year’s drought was its largest-ever, providing 18.2 million people—or 20% of the country’s total population of 91 million—with food or the cash to buy it with. On the frontline of this is the Productive Safety Net Program (PSNP), one of the world’s largest safety net programs. Run by the government, it pools money from 11 donors, including $600 million of World Bank Group IDA funds.

The PSNP provides regular cash or food transfers to 8 million people, 4 million of them in drought-affected areas. Its food-for-work component supports public works programs, chosen by members of the communities affected and usually related to landscape restoration, irrigation, and agro-forestry.

During droughts, the program has a contingency fund that allows it to scale up to include new beneficiaries, as well as to increase the length of time they will receive benefits from five to seven months.

However, the PSNP falls short of funds during droughts as severe as this one. The Ethiopian government has issued a humanitarian appeal for 7.7 million people; until the end of June, it says it needs $742 million for emergency food and non-food assistance, including more than 432,000 metric tons of grain.

In response, the World Bank today approved another $100 million to the PSNP, on top of the extra $100 million it gave the program last year. 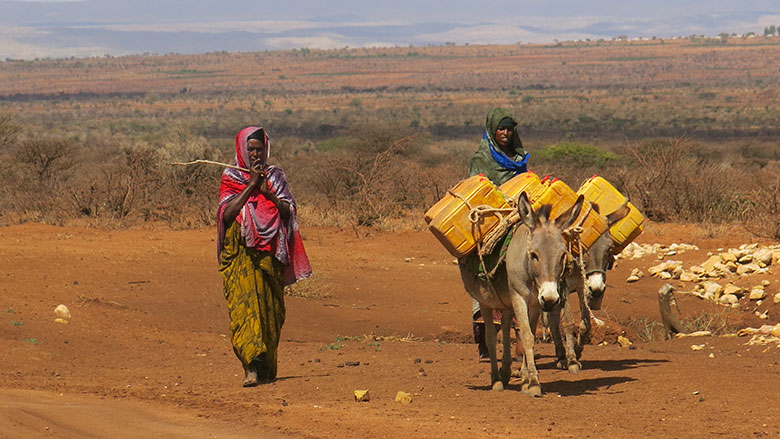 Currently, in every village in the Somali region, the two approaches are running in parallel: the safety net program run by the government and the distribution of humanitarian aid.

For example, Halimo and Mariama Ali are neighbors in Kabribayah woreda (district), but unlike Mariama, Halimo has only just been included on the list of beneficiaries for humanitarian aid. “I had to depend on the generosity of my neighbors to tide me over while waiting for the aid to arrive,” says Hailimo, the bread-winner for a family of eight children. She has a small plot of land but nothing has grown on it for a year.

The PSNP coordinator for the Somali region, Ahmednur Daud, says that on paper there is very little to distinguish between beneficiaries of the two programs. The PSNP, he says, covers more than 1.67 million people in his region but does not have enough funds to include everyone. The best it can do is to coordinate better so that food and water reaches not just PSNP beneficiaries but the “transitory food insecure,” such as Halimo’s household.

Daud works closely with his counterpart for humanitarian aid for the region to bring the same principle down to woreda level, with coordinating units established in 14 woredas.

The safety net program is nearly a decade old but has set up an entire system from kebele (village) to district and national level. The government has full-time staff working on it and, over the years, has been able to improve its targeting of beneficiaries.

When asked, most beneficiaries prefer PSNP over emergency humanitarian aid, their main reason being that it is dependable, predictable and regular.

The World Bank and other development partners are working with the Ethiopian government to bring the safety net program and humanitarian aid even closer together into a single, nationally-run response to emergencies like this year’s.

The first step would be to scale-up the PSNP, so it provides a wider coverage for all, and build more resilience to drought to help get people out of the cycle of humanitarian appeals.

“Droughts are a regular occurrence in Ethiopia,” said Carolyn Turk, the World Bank’s Country Director for Ethiopia. “We and other donors are working with the government to build the capacity to respond to these emergencies from within its regular development programs. We are exploring the options with innovative financial products, as well as by bolstering the PSNP.” 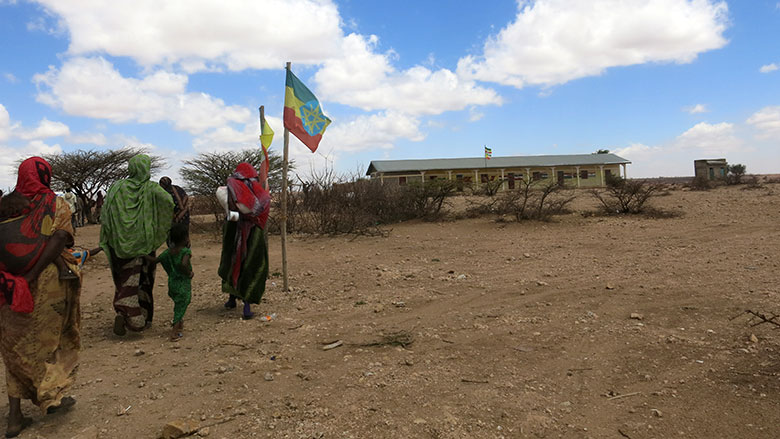 Ethiopia: Planning for an Uncertain Future in the Face of Drought