How Can We Finance the Resilient Cities of the Future? 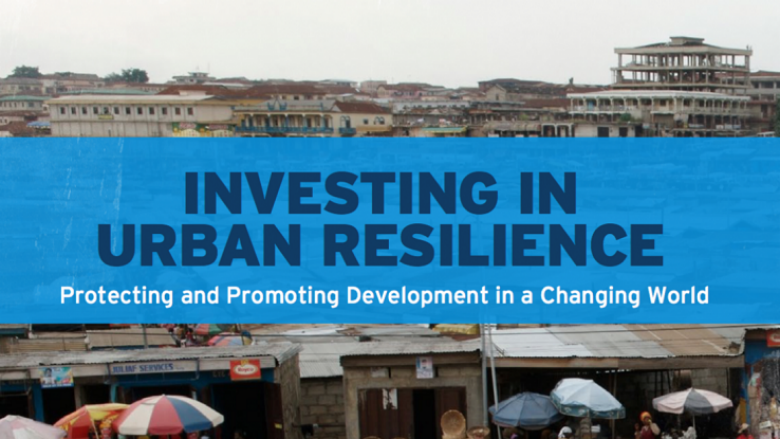 By 2030, without significant investment to improve the resilience of cities around the world, climate change may push up to 77 million urban residents into poverty.

Those are the findings of a new report by the World Bank and the Global Facility for Disaster Reduction and Recovery (GFDRR), released in advance of the United Nations Conference on Housing and Sustainable Urban Development (or Habitat III). Investing in Urban Resilience argues that climate change and increasing urbanization may have devastating effects, and that they will strike hardest at the biggest drivers of global development:

" Rapid growth, without efforts to boost resilience, is exposing cities around the world to huge risk. Population growth and human migration are on the rise, and climate change is poised to have dramatic effects, which means we’re approaching a tipping point for the safety of cities all over the world. " 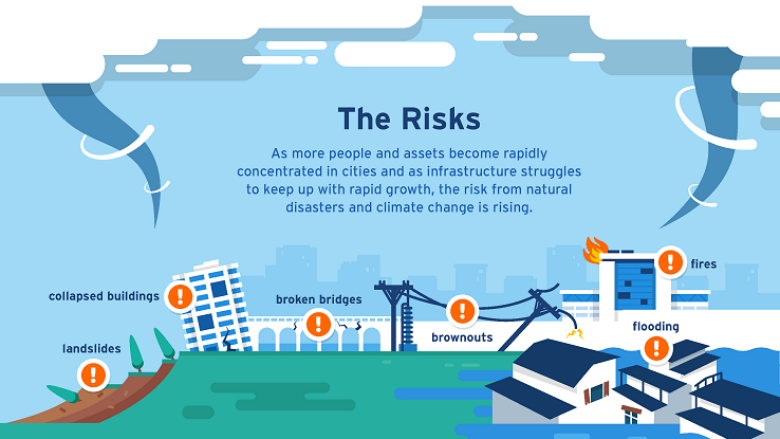 If cities fail to build their resilience to disasters, shocks, and ongoing stresses, climate change and natural disasters will cost cities worldwide $314 billion every year by 2030, and 77 million more people—or more than the entire population of the Democratic Republic of the Congo—will soon be living and laboring in the shadow of poverty.

The low resilience of growing cities is particularly dangerous to the urban poor. Globally, 881 million urban residents are living in slums, up by 28% since 2000. These informal and unplanned settlements are often built in high-risk locations, such as slopes or floodplains, and lack basic risk-reducing infrastructure.

But there is reason for optimism. Almost 60% of the areas that will be urbanized by 2030 haven’t been developed yet, which means that the world has a brief window of opportunity for investment—but it will take a significant amount of funding. Research has estimated that, worldwide, the need for urban infrastructure investment is $4.5 trillion per year, and that making this infrastructure low carbon and climate resilient will take a premium of 9% to 27%. Much of this demand comes from cities in the developing world.

The funding to do it is out there: between public, private, and philanthropic sources of funding, there is $106 trillion of private institutional capital available worldwide. Yet, right now, only 1.6% of it is invested in infrastructure at all, let alone in making that infrastructure resilient.

Why such a large funding gap?

“Investors are struggling with a range of obstacles when it comes to investing in resilience,” said Francis Ghesquiere, Head of GFDRR. “More often than not, the capacity of municipalities to integrate risk reduction components in their programs, and to access funding, is limited. We need to find innovative ways to overcome these challenges if we are to avoid the disaster of tomorrow.”

In fact, developing cities face a number of major barriers when trying to fund resilience investments, including:

To help cities overcome these barriers and boost investment in urban resilience, the Bank has invested an average of $2 billion a year in building resilient cities over the past five years, working on 79 projects in 41 countries. In Istanbul, for example, the World Bank and GFDRR helped improve the city’s earthquake preparedness by making more than 1,000 buildings—including schools and hospitals— safer for over 800,000 people.

The Bank also aims to make a global impact on the worldwide urban resilience agenda through its far-reaching partnerships, including the 100 Resilient Cities network and the Medellín Collaboration on Urban Resilience.

These multilateral partnerships are crucial for leveraging private funding. But it’s going to take more than money to increase urban resilience: it will take a focus on improving the policy environment in cities so that investors are willing and eager to fund resilience projects, and boosting the capacity of local governments to implement them.

These are the key themes that the World Bank and GFDRR will bring to Habitat III, where their will share the Investing in Urban Resilience report and help forward the conversation about how to build the resilient cities of the future. 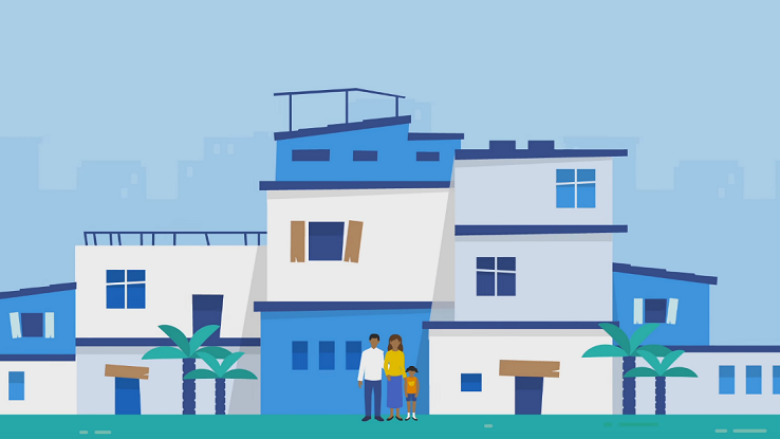 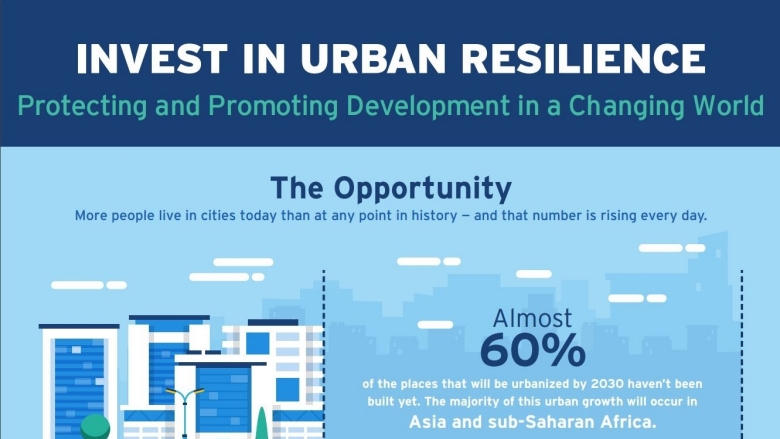