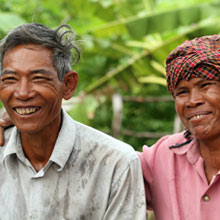 The World Bank In Gender

The World Bank Group takes as its starting point that no country, community, or economy can achieve its potential or meet the challenges of the 21st century without the full and equal participation of women and men, girls and boys.

Advisory Council on Gender and Development

Learn about gender and development work across the World Bank Group.