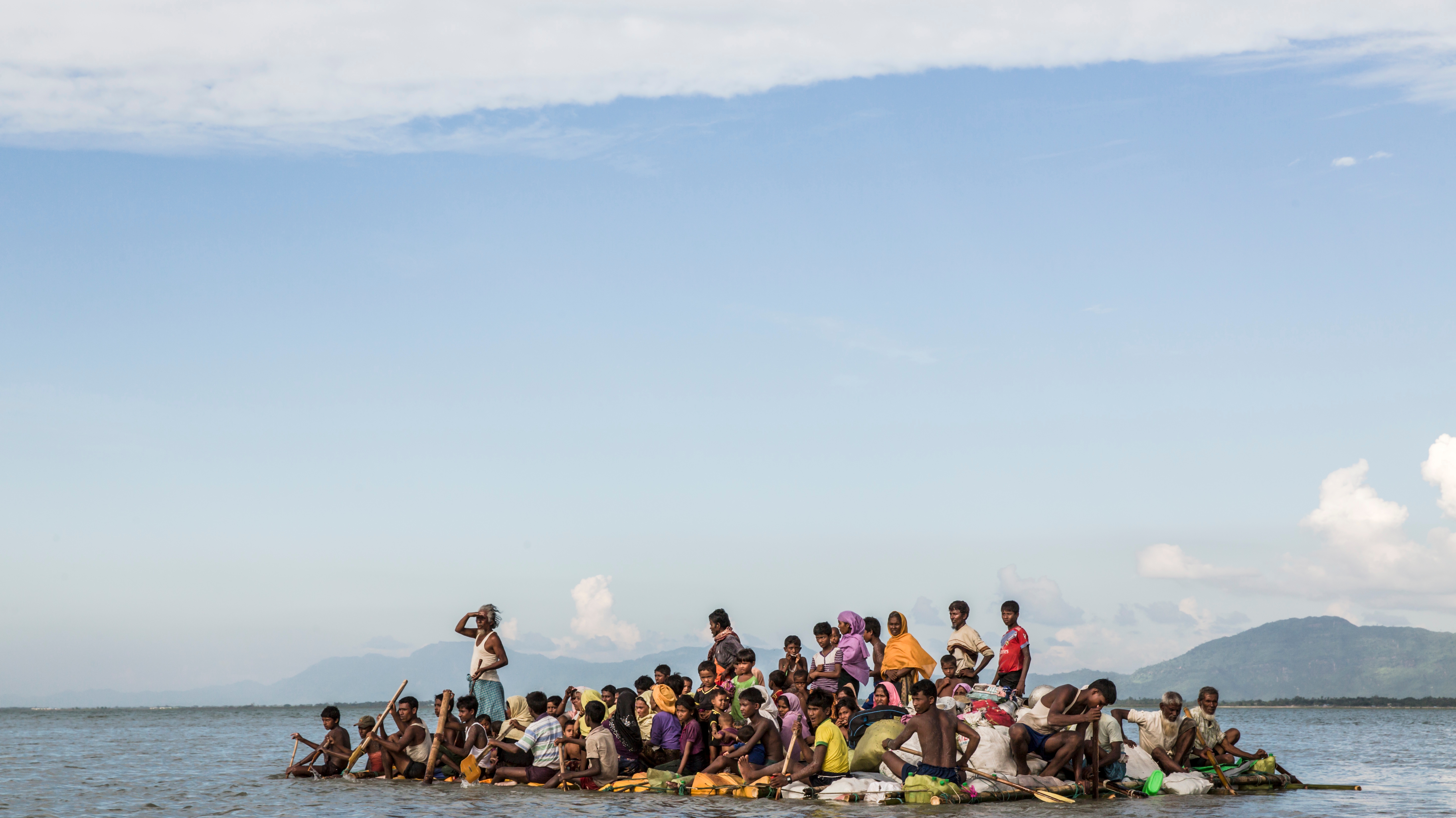 Under this pillar, the program funds impact evaluations of novel projects and interventions in forced displacement contexts. The objective is to provide a rigorous measurement of the effectiveness of these projects and interventions with respect to their target outcomes such as promoting income-generating activities for host communities and those forcibly displaced, improving health and educational outcomes, and building social cohesion, to cite a few. Rigorously measuring program impact is critical to ensure resources are channeled to the most cost-effective projects.

Impact Evaluations in Forced Displacement Contexts: A Guide for Practitioners

This paper introduces impact evaluation methods and highlights successful examples of their application in low- and middle-income countries. It describes the recent application of such methods in humanitarian and forced displacement contexts, noting methodological challenges and ways to overcome them. It recommends expanding application of these methods to rigorously assess and inform programming in forced displacement contexts.

REPORT I BLOG I PPT I RECORDING

More is Better: Evaluating the Impact of a Variation in Cash Assistance on the Reintegration Outcomes of Returning Afghan Refugees

This impact evaluation studies the effect of a change in the amount of cash assistance provided to Afghan refugees returning from Pakistan on household outcomes post-return. Findings show that more than 16 months after their return, returnees who received a larger cash allowance of $350 per returnee—equivalent to 2.5 times the average annual pre-return annual income—were better off than those who received a smaller cash allowance of $150. Recipients of the $350 cash assistance were more likely to invest in durable assets, such as a house (17 percentage point difference); recipients of the $150 cash allowance were more likely to use the assistance for immediate food consumption needs (40 percentage point difference). Households that received $350 per returnee were significantly more likely to have been issued legal documentation for their household members. The findings provide new evidence on the effects of unconditional cash transfers on refugee reintegration and show that larger cash transfer programs can have a large and long-term impact following refugees’ return.

This impact evaluation investigates whether the ‘Targeting the Ultra Poor’ graduation model can lift households out of poverty in Afghanistan. In this evaluation, women in treatment households received a one-off "big-push" package, including a transfer of livestock assets, cash consumption stipend, skills training, and coaching. One year after the program ended -- two years after assets were transferred -- significant and large impacts are found across all the primary pre-specified outcomes: consumption, assets, psychological well-being, total time spent working, financial inclusion, and women's empowerment. Per capita consumption increases by 30 percent (USD 24 purchasing power parity, USD 7 nominal per month) with respect to the control group, and the share of households below the national poverty line decreases from 82 percent in the control group to 62 percent in the treatment group.

Subsidized or free distribution of food has been a central pillar of social protection programs in many countries. With the number of forcibly displaced persons at record levels, the question arises of whether in-kind food transfer programs are effective in mitigating the loss of welfare induced by forced displacement. This paper examines whether Iraq’s Public Distribution System, a universal food subsidy program, has buffered the impacts of displacement on households. The analysis finds that displaced households with continued access to Public Distribution System benefits have higher food and non-food expenditures compared with displaced households that lost access. Likewise, the households with access to the PDS have higher calorie intakes and are less vulnerable to falling into poverty. However, displaced households remained significantly worse off and more vulnerable to poverty than non-displaced households, suggesting that, although the Public Distribution System helped mitigate displacement to a degree, it may not be the most effective protection program for such shocks. Given the considerable resources the universal program consumes, it is vital to think of alternative approaches, such as targeted cash transfers, that might be more effective in protection and cost.

Participants to this randomized evaluation were Kampala-based Ugandan micro-entrepreneurs and were randomly selected to receive cash grants and information about Uganda’s refugee policy which envisages sharing ‘aid’ between refugees and hosts (70% to refugees, 30% to hosts). The evaluation finds that more than one year after the program, Ugandans who received both the grant and the information were significantly more likely to support refugees' right to work, freedom of movement, and having a refugee as a neighbor. The findings lead to three recommendations for service providers to maintain and improve social cohesion: include host communities in programming, attribute the program to the presence of refugees by attaching the information provision to programming, and deliver services through refugee-led organizations.

The Psychosocial Value of Work: Evidence from a Refugee Camp

This impact evaluation presents a causal estimate of the psychosocial value of work for Rohingya refugees living in camps Bangladesh. The randomized evaluation has three arms: (1) a control arm, (2) a weekly cash arm, and (3) a gainful employment arm, in which work is offered and individuals are paid weekly the approximate equivalent of that in the cash arm. The paper finds that employment confers significant psychosocial benefits beyond the impacts of cash alone, with effects concentrated among males. The cash arm does not improve psychosocial wellbeing, despite the provision of cash at a weekly amount that is more than twice the amount held by recipients in savings at baseline. Consistent with these findings, the paper finds that 66% of those in our work treatment are willing to forego cash payments and work for free. These results have implications for social protection policies for the unemployed in low-income countries and refugee populations globally.

PAPER I BLOG I VIDEO I EVENT I PUBLICATION

This study aims to answer the question: “Can host community perceptions of forced migrants be influenced by successful, government-led, poverty alleviation interventions?” The study leverages the evaluation of Targeting the Ultra Poor Program in Afghanistan, which provides economic opportunities through a multifaceted intervention, and has led to positive results in consumption and poverty reduction.

This impact evaluation will assess whether a photography-based intervention can improve psychosocial and emotional well-being and mental health for adolescents living in Rohingya refugee camps.

This impact evaluation measures the effect of two innovative interventions aimed at preventing and/or reducing intimate partner violence. The two interventions - a couples' training program and a radio edutainment intervention - are implemented in addition to a social safety nets project in refugee-hosting areas in Northern Cameroon.

While there is clear evidence that poor mental health can hold back the economic inclusion of refugees, little is known about potential low-cost and scalable interventions to overcome such ‘internal’ constraints. This impact evaluation will test whether a low-cost and scalable ‘positive mental imagery intervention’ can help ensure refugees successfully integrate in Ethiopia’s labor market. Following Ethiopia’s ambitious policy change which allows refugees to work, this impact evaluation will start building the evidence base needed to ensure the new policy is effectively implemented.

This impact evaluation measures the impact of a ‘community-driven development program’ implemented in refugee-hosting areas of Ethiopia. Outcomes of interest are health, education, gender norms, and social cohesion, among others.

In the context of disorderly and noisy classroom environments, the Jordanian government is piloting a new socio-emotional skills curriculum focused on building students’ self-efficacy, self-confidence, emotion regulation, and growth mindset. This intervention is accompanied by a new training to strengthen teachers’ pedagogical and classroom management practices. This impact evaluation will measure the impact of these new approaches on teachers’ and students’ behavior and skills.

Information and women participation in community driven development projects in the presence of refugees: evidence from Kenya

Women’s participation in community-driven development programs is much lower than men. This randomized experiment tests whether providing door-to-door information to women about the benefits of participating in such projects proves effective. Preliminary findings show that this type of intervention does not work as women’s beliefs are strongly dictated by prior beliefs and are ‘resistant’ to this type of messaging. Other strategies need to be sought in the project.

How can secondary school teachers in Lebanon be optimally supported in their increasingly difficult roles of teaching crowded and multi-cultural classrooms? This impact evaluation will assess the impact of a new training curriculum for teachers’ coaches.

Can an entrepreneurship intervention delivered alongside a cash-transfer program improve livelihoods in refugee-hosting regions in Niger?

This impact evaluation will measure the effect of providing entrepreneurship training to recipients of the Niger Forcibly Displaced Support Project's cash transfer program. It will test whether providing this intervention in addition to the cash transfers, further enhances livelihoods.