The Arab Spring revolutions started in Tunisia, when a young fruit and vegetable seller, supporting eight people on less than a dollar a day, set himself on fire. Yet six years from the Arab revolts, Tunisia alone remains the single success story in the Middle East. Since 2011 the people of Tunisia started a public debate around the values of a civil state, the meaning of equal rights and wrote a new constitution incorporating the necessary checks and balances for a strong democracy into this new social pact.

One of the cornerstones of a strong democracy is a resilient economy, where prosperity is shared by all people and where no citizen is left behind to live in dehumanizing poverty.

Tunisia’s new government continues to face challenges not only socially but also economically. They have to keep the financial system afloat by bringing budget and current account deficits under control as well as reassuring investors. Not an easy task given that in 2015 the Tunisian economy experienced more financial shocks to the system. The terrorist attacks against the tourism sector and workers strikes in the phosphate sector, key sources of foreign currency income, caused foreign currency reserves to drop by 20 percent in the same year, leading to a major 24 percent depreciation in Tunisian Dinar (TND) by end 2016.

One of depreciation’s adverse effects is the increase in the cost of foreign currency denominated debt, 65% of the total public debt. To offset the scarcity of credit in the local market, the Tunisian authorities borrow from external financial institutions and lend back to Tunisian entities in dinars by the mechanism of on-lending.  In practice this is done through the “Fonds de Péréquation des Changes” (FPC), a vehicle created by the government to absorb any gain or loss arising from these operations. However, as a consequence of the Tunisian dinar depreciation, the on-lending resulted in negative cash flows and the FPC had to be replenished, both putting an additional burden on the Tunisian budget.

In 2014 Tunisia had joined the Government Debt and Risk Management (GDRM) program, a World Bank Treasury initiative sponsored by the Swiss State Secretariat for Economic Affairs (SECO). After the major depreciation of the Dinar, one of the priority areas quickly became understanding, computing and managing foreign currency exposure.

“We started by asking ourselves the question: if this operation, instead of the Tunisian government, were intermediated by a commercial entity, how much would they charge to the end beneficiary?” said Antonio Velandia-Rubiano, the Tunisia Task Team Leader of the GDRM program.

The GDRM program team found the right expertise within the WB Treasury itself. The QSA department, (Quantitative Solutions, Strategic Asset Allocation), who help WB treasury practitioners manage approximately $150 billion in assets for the World Bank and other investors was a perfect fit to provide the consultancy.

“The instrument used in the financial industry for exchanging a currency for another over a certain period is called a currency swap. Currency swaps on hard currency pairs is among the most active market segments.” said Jean-Xavier Bourre, QSA senior investment officer at the World Bank. “But in the absence of a market for swapping hard currency into TND, the team had to develop a tailored methodology to come up with an estimated fair price.”

Analysis showed that TND exchange rate is linked to a basket of hard currency comprising Dollar, Euro and Yen. Further discussions with Tunisian commercial banks revealed this to be at the core of Tunisian foreign currency risk management. The team then developed a robust methodology with two basic components: (i) a statistical analysis, estimating the basket composition for a given time frame, and (ii) calculations for the fair price that is related to this basket of currencies.

The Tunisian debt management office (DMO) received several customized training sessions in Tunis about the methodology. The DMO officers followed up remotely with data analysis and discussions until they were comfortable using the methodology. 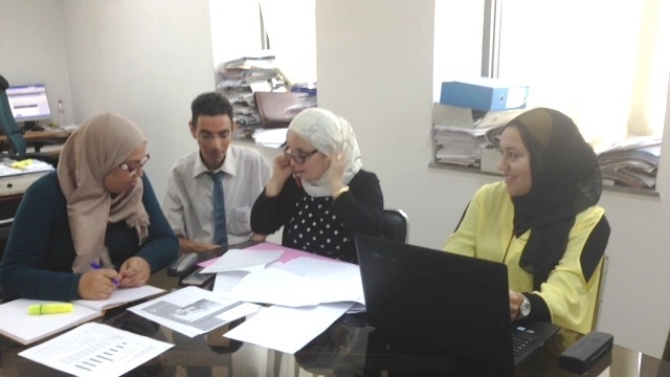 Now the Tunisian debt management office has a sound methodology to measure the fair value of these swaps and the fee that should be charged for these operations. It is up to the government to choose the interest rate to pass on to the Tunisian financial system. Budget provisions and adjusting the fees charged on these operations can go a long way to mitigate the government finances against further financial shocks such as foreign currency exposure. 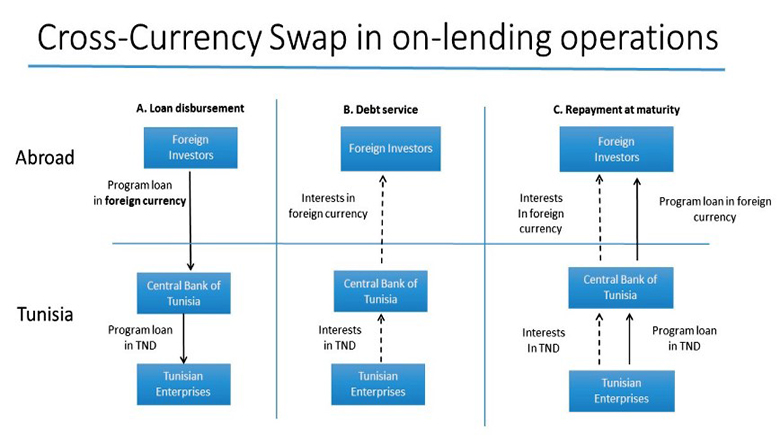