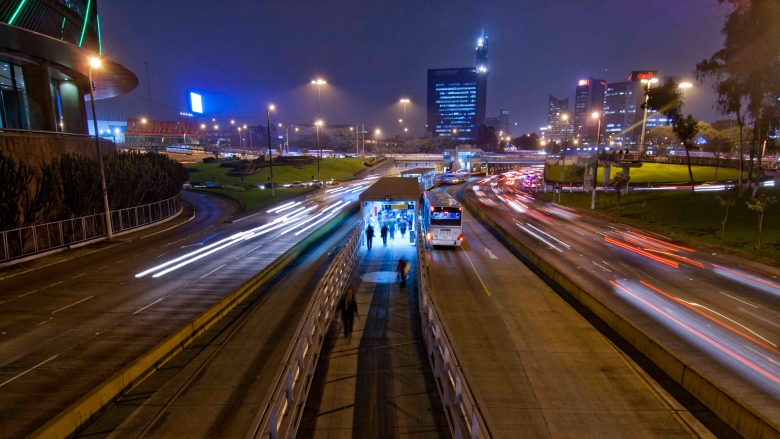 Every year in August, Peru commemorates the National Day of the Elderly. With the average life expectancy of pensioners projected to reach 89 years, the segment of the population over the age of 60 is projected to reach 23 percent by 2050. That’s good news for the people of Peru, a culture where the elderly are greatly valued. And with one in three adults now participating in a private pension plan, they are financially more independent than a decade ago.

Pension funds are the prime buyers of government securities, which constitute about 50 percent of their assets. That leaves room for pension funds to invest the rest of their assets in higher yielding alternative asset classes, both domestically and overseas.

Peru’s sound macroeconomic and debt management allowed its credit rating to improve over the past and its sovereign bonds are now rated investment grade (Moody’s, A3 and S&P, BBB+ as of 2016). Government securities are, thus, considered safe investment options for both residents and non-residents. Consistent sound stewardship of the government’s debt and risk management operations remains key for building resiliency to financial shocks.

As a long-term partner of Peru, the World Bank has supported the implementation of several economic and social reforms. After the global financial crisis of 2008, a key priority for the government was to reduce fiscal vulnerability to external shocks. The World Bank, through funding obtained from the Swiss State Secretariat for Economic Affairs (SECO), is supporting three complementary government initiatives focused on strengthening the government’s financial stability against natural disasters and financial shocks, while promoting infrastructure financing:

·         The Disaster Risk Management program aimed at building a robust legal framework and a financial strategy to manage the fiscal risks that arise in the event of a natural disaster.

The World Bank Treasury’s GDRM Program, the focus of this story, worked with the Peruvian Ministry of Finance and Economy on improving the debt management strategy –a rolling medium-term plan that outlines the preferred composition of the government debt portfolio. Peru’s debt management office was already publishing a three-year rolling-strategy document, but required an assessment of the quality of the strategy and expertise to improve some areas.

Accessing the Best Experts in the Debt Management World

The GDRM team started its assessment of the 2014-2017 debt management strategy by mobilizing world-class peer reviewers that included, the first director general of the UK’s Debt Management Office. The review pointed at two key areas for improvement:

·         The policy signals on the foreign currency versus domestic currency mix were ambiguous and could be better supported by a sound analysis of costs and risks.

·         There was a need to provide more clarity and transparency in the domestic issuance of government securities to investors.

“The debt management strategy gives clear guidance to investors about the instruments the government will issue in the medium term, so that they have a clear idea of the environment they will be operating in,” said Antonio Velandia-Rubiano, Peru Task Team Leader, GDRM Program. “When investors have reliable information on future government issuances, there is a more competitive process and lower interest rates, which ultimately lower the cost of funding for the taxpayer.”

One of the key tasks of the GDRM team was to run cost-risk tradeoff simulations and train Peru’s debt management office’s middle office on running the simulations themselves to ensure sustainability once the GDRM team left. Through interviews with domestic investors, such as pension funds and banks, they uncovered problems related to the type of auctions, the auction calendar, and the number and size of benchmarks that impaired the functioning of the primary and secondary markets.  Today, the preparation and quality of the debt management strategy document is significantly improved.

In 2016, the debt management office issued a new strategy document, Estrategia de Gestión Global de Activos y Pasivos 2016-2019, which is much simpler and has clearer directions –now 43 pages, down from the previous 149.

“We have changed our strategy document into a much more concise one, placing emphasis on the forward looking aspect of the strategy. We expect with this to better inform markets and citizens, making it much more transparent and effective.” said Rossana Polastri, Vice-Minister of Finance at the Ministry of Economy and Finance, Peru.

Today, with the support of the GDRM Program, the Peruvian debt management office has the sound capability to design a medium-term debt management strategy. The new strategy document will help make the economy more resilient to financial shocks and give investors, such as private pension funds, clearer guidance for improving pension investment options for the benefit of citizens.