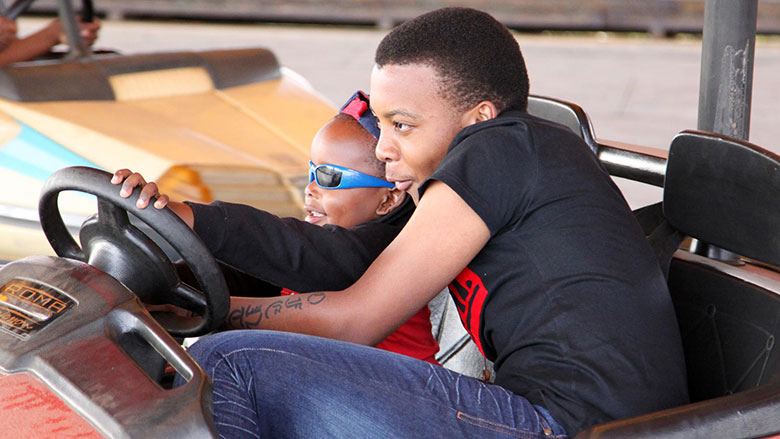 Strengthening shock absorbing mechanisms, like the thick bumpers on these fairground car rides, will help South Africa’s treasury better manage risk when it comes to debt

PRETORIA, September 22, 2016 – South Africa has made significant progress to improve the financial risk management of its public debt portfolio thanks to a tailor-made model designed to analyze the costs and risk factors. This tool, developed through a partnership between the Government of South Africa and the World Bank Treasury, allows the country to be better positioned to absorb fiscal shocks going forward.

Emerging market economies, of which South Africa is one, became a viable outlet for investors who flooded these markets with capital in the aftermath of the global economic crisis of 2008, when the gross domestic products of advanced economies fell by 3.4%. But in the last three years, growing volatility in emerging countries has led to vast outflows from emerging market countries to other currencies and investment options.

“Eight years after the global crisis hit, the South African economy, along with many other economies in the world, continues to struggle for a sustained recovery. Although developing economies have fared better, short to medium term prospects remain uncertain,” noted Lungisa Fuzile, Director General of South Africa’s National Treasury.

A fiscally conservative upper-middle-income country, South Africa borrows 90%of its public debt in local currency from its well-developed domestic market. However, more than one-third of this domestic market debt actually comes from foreign investors, exposing South Africa to financial risks and capital fluctuations, making it necessary to create a better shock absorber.

In order to mitigate its financial risks, South Africa partnered with the Government Debt and Risk Management (GDRM) program, a World Bank Treasury initiative sponsored by the Swiss State Secretariat for Economic Affairs (SECO), to develop better benchmarks for managing South Africa’s risk exposure and find a more suitable modeling tool to analyze the cost and risk factors in their debt portfolio. The joint team developed a powerful tailor-made medium-term model to conduct “what if” scenarios to analyze the cost and risk trade-offs of alternative strategies under different shock scenarios. South African authorities have used the output of the model to select a new set of benchmarks since 2014.

“The benchmarks should also be seen as a communication tool. A well-chosen set of strategic benchmarks conveys key dimensions of the debt portfolio in a succinct way,” said Çiğdem Aslan, Lead Financial Officer for Public Debt Management at the World Bank Treasury.

The new benchmarks are in line with international practice, allowing increased credibility and accountability for the National Treasury. Despite market volatility, South Africa has stayed within their benchmark ranges during the last three years. The partnership with the World Bank continues with further support on assessing credit risk stemming from government guarantees.