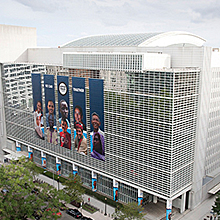 The World Bank In Japan

Japan joined the World Bank in August 1952, the year after the signing of the San Francisco Peace Treaty. Starting in 1953, a number of projects were implemented in Japan with World Bank loans for the development of the nation’s economic foundation.

Japan: Commitments by Fiscal Year (in millions of dollars)*

Find out what the Bank Group's branches are doing in Japan.