The past 70 years have seen major changes in the world economy. Over that time, the World Bank Group—the world’s largest development institution—has worked to help more than 100 developing countries and countries in transition adjust to these changes by offering loans and tailored knowledge and advice. The Bank Group works with country governments, the private sector, civil society organizations, regional development banks, think tanks, and other international institutions on issues ranging from climate change, conflict, and food security to education, agriculture, finance, and trade. All of these efforts support the Bank Group’s twin goals of ending extreme poverty by 2030 and boosting shared prosperity of the poorest 40 percent of the population in all countries.

Founded in 1944, the International Bank for Reconstruction and Development—soon called the World Bank—has expanded to a closely associated group of five development institutions. Originally, its loans helped rebuild countries devastated by World War II.  In time, the focus shifted from reconstruction to development, with a heavy emphasis on infrastructure such as dams, electrical grids, irrigation systems, and roads.  With the founding of the International Finance Corporation in 1956, the institution became able to lend to private companies and financial institutions in developing countries.  And the founding of the International Development Association in 1960 put greater emphasis on the poorest countries, part of a steady shift toward the eradication of poverty becoming the Bank Group’s primary goal. The subsequent launch of the International Centre for Settlement of Investment Disputes and the Multilateral Investment Guarantee Agency further rounded out the Bank Group’s ability to connect global financial resources to the needs of developing countries.

Today the Bank Group’s work touches nearly every sector that is important to fighting poverty, supporting economic growth, and ensuring sustainable gains in the quality of people’s lives in developing countries.  While sound project selection and design remain paramount, the Bank Group recognizes a wide range of factors that are critical to success—effective institutions, sound policies, continuous learning through evaluation and knowledge-sharing, and partnership, including with the private sector.  The Bank Group has long-standing relationships with more than 180 member countries, and it taps these to address development challenges that are increasingly global. On critical issues like climate change, pandemics, and forced migration, the Bank Group plays a leading role because it is able to convene discussion among its country members and a wide array of partners.  It can help address crises while building the foundations for longer-term, sustainable development.

The evolution of the Bank Group has also been reflected in the diversity of its multidisciplinary staff, who include economists, public policy experts, sector experts, and social scientists, based at headquarters in Washington, D.C., and in the field.  Today, more than a third of staff are based in country offices.

As demand for its services has increased over time, the Bank Group has risen to meet them. For perspective, the World Bank made four loans totaling $497 million in 1947, as compared to 302 commitments totaling $60 billion in 2015. 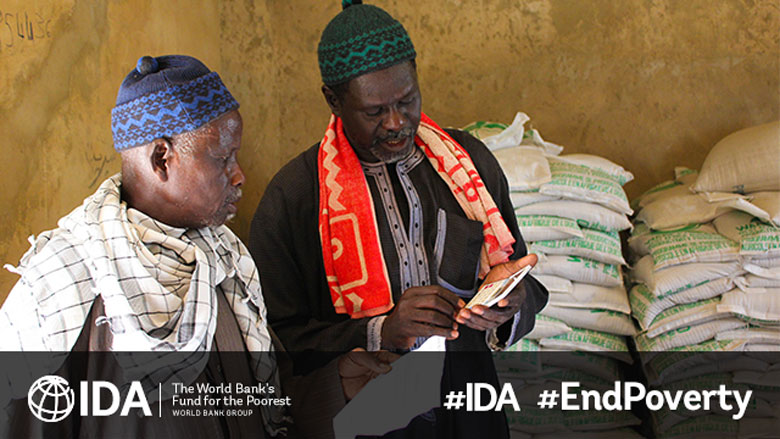 For more than 50 years, the International Development Association (IDA), the World Bank’s fund for the poorest, has taken on our most difficult and complex challenges.
Read more Arrow