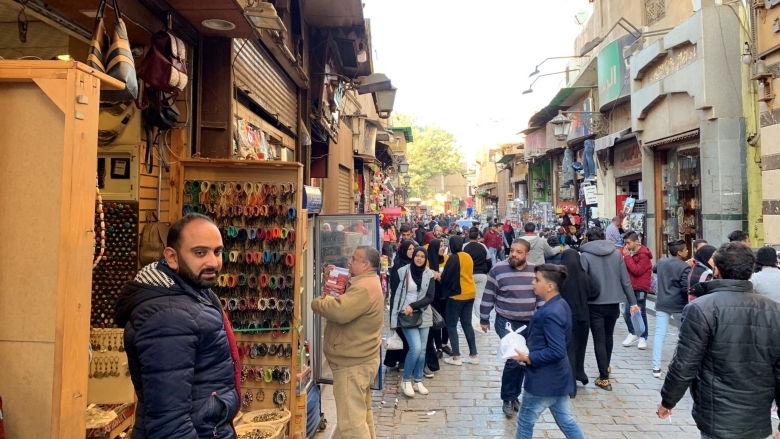 October 2022: A New State of Mind: Greater Transparency and Accountability in the Middle East and North Africa

This edition of the World Bank MENA Economic Update estimates that the Middle East and North Africa (MENA) region’s economies will grow by 5.4% in 2022, the fastest rate since 2016. Yet this growth is uneven, as many countries struggle to overcome the lasting effects of the pandemic, added pressures from skyrocketing oil and food prices brought on by the war in Ukraine, high global interest rates, and slowdowns in the United States, China, and the Euro area. Titled “A New State of Mind: Greater Transparency and Accountability in the Middle East and North Africa,” the report also looks at the upside of improving governance and how putting institutions on a learning path can better prepare for future challenges.

April 2022: Reality Check: Forecasting Growth in the Middle East and North Africa in Times of Uncertainty

This edition of the World Bank MENA Economic Update estimates that the Middle East and North Africa (MENA) region’s economies will grow by 5.2% in 2022, the fastest rate since 2016. However, uncertainty reigns with the unpredictable course of the war in Ukraine and the scientific uncertainty about the evolutionary path of the virus that causes COVID-19. The economic recovery may be uneven as regional averages mask broad differences between countries. Oil producers may benefit from elevated energy prices along with higher vaccination rates for COVID-19, while fragile countries lag. Per capita GDP, which is a more accurate measure of people’s standard of living, barely exceeds pre-pandemic levels due to a lackluster performance for most countries in 2020-2021. If these forecasts materialize, 11 out of 17 MENA economies may not recover to pre-pandemic levels by the end of 2022.

This report examines the region’s economic prospects in 2021, forecasting that the recovery will be both tenuous and uneven as GDP per capita stays well below the pre-pandemic level. COVID-19 was a stress-test for the region’s public health systems, which were already overwhelmed even before the pandemic. Indeed, a decade of lackluster economic reforms left a legacy of large public sectors and high public debt that effectively crowded out investments in social services such as public health. This edition points out that the region’s health systems were not only ill-prepared for the pandemic, but suffered from over-confidence, as authorities painted an overly optimistic picture in self-assessments of health system preparedness. Going forward, governments must improve data transparency for public health and undertake reforms to remedy historical underinvestment in public health systems.

April 2021: Living with Debt: How Institutions Can Chart a Path to Recovery in the Middle East and North Africa

This report examines both the region’s economic challenges and the uncomfortable tradeoffs governments will have to make in the coming years. They have no option but to continue spending on health and income transfers as long as the pandemic continues. That will improve the health and help maintain the financial stability of their citizens. But it will also add to already high debt burdens, which spell complicated policy decisions after the pandemic recedes. Pent-up demand — especially from tourism and other travel — could provide enough spark to invigorate economies. Eventually MENA countries will have to deal with accumulated debt and its costs and will have to bring debt down to a more sustainable level.

The combination of a COVID-19 pandemic and a collapse in oil prices has affected all aspects of the economies in the Middle East and North Africa (MENA). In the medium run, there is a strong need to boost productivity to restore growth and stabilize the debt. A powerful way to do that would be to pursue profound institutional reforms that would reshape the role of the state, promote fair competition, accelerate the adoption digital technology, and pursue regional integration, which is the focus of this report.

April 2020: How Transparency Can Help the Middle East and North Africa

As the economies in the region face the global coronavirus outbreak and the collapse of oil prices, transparency will be key to their economic recovery. The cost to the region of both of these shocks is estimated at US$116 billion. While estimates of the costs of these current crises are fluid, the shocks have exacerbated already slow economic growth in the region, due, in part, to lack of data transparency. The report recommends that countries respond with policies in two parallel steps: address the health emergency and associated economic contraction, and invest in transparency to break the cycle of distrust and lack of government accountability.

The Middle East and North Africa (MENA) needs bolder and deeper economic reforms. GDP growth is projected to be 0.6% in the region in 2019, a fraction of what is needed to create enough jobs for the fast-growing working-age population. Even in those few countries that have had periods of higher growth, poverty failed to decline, suggesting a need for reforms to instill fair competition and promote inclusive growth.

April 2019: Reforms and External Imbalances: The Labor-Productivity Connection in MENA

World Bank expects economic growth in the Middle East and North Africa to continue at a modest pace of about 1.5 to 3.5 percent during 2019-2021, with some laggards and a few emerging growth stars. While some MENA economies have maintained what this Update calls “unexplained” current account balances for several years, fiscal policy has lost some of its historical role as a driver of the current account. In addition, the region’s capacity to recirculate savings from one country to another also seems to have weakened, most notably since 2014, when the global restructuring of the oil market became abundantly apparent.

October 2018: A new Economy for the Middle East and North Africa

Growth in the Middle East and North Africa (MENA) region is projected to rebound to an average of 2% in 2018, up from an average 1.4% in 2017. The modest rebound in growth is driven mostly by the recent rise in oil prices, which has benefitted the region’s oil exporters while putting pressure on the budgets of oil importers. The rebound also reflects the impact of modest reforms and stabilization efforts undertaken in some countries in the region. The report forecasts that regional growth will continue to improve modestly, to an average of 2.8% by the end of 2020 while there is the ongoing risk that instability in the region could worsen and dampen growth.

Economic growth in MENA is projected to rebound in 2018, thanks to the positive global outlook, oil prices stabilizing at relatively higher levels, stabilization policies and reforms, and recovery and reconstruction as conflicts recede. Growth in MENA is expected to rebound to 3.1% in 2018, following a sharp decline to 2% in 2017 from 4.3% in 2016.

Growth prospects for the MENA region is projected to improve in 2018 and 2019 with overall growth exceeding 3%. Nevertheless, MENA’s overall growth levels are half of what they were before the 2011 Arab Spring, making it difficult to address the youth unemployment problem and the needs of massive numbers of people who are displaced across the region as conflicts continue.

April 2017: The Economics of Post- Conflict Reconstruction in MENA

Regional growth is expected to slow down to an average of 2.3% this year, half a percentage point lower than last year. Over the next two years, growth in MENA is expected to improve slightly to 3.1 and 3.5%, as governments across the region are taking the oil price decline as largely permanent and are undertaking reforms to diversify their economies away from oil. The disappointing performance of the MENA economies, and possibly the global economy, is partly due to the rise of terrorist attacks and spread of violent extremism.

April 2016: Reconstruction for Peace in Syria

This new issue of the report predicts that regional GDP growth will average 3% for 2016. Due to a combination of civil wars and refugee inflows, terrorist attacks, cheap oil, and a subdued global economic recovery, prospects for faster growth are slim.

October 2015: Inequality, Uprisings, and Conflict in the Arab World

April 2015: Towards a New Social Contract

Despite a slight uptick in the global economy, the World Bank's MENA Economic Monitor expects GDP growth in the region to remain flat at between 3.1% and 3.3% for 2015 and 2016.  For the first time in four years, the region faces a fiscal deficit due to the prolonged conflict and political instability in some countries, low oil prices, and the slow pace of reforms. These factors are also contributing to low investment and high unemployment.

The report projects  regional growth to average 4.2 percent in 2015, slightly more favorable than the 2013-2014 figures.  Economic growth could reach 5.2 percent depending on domestic consumption, easing political tensions crowding-in investments in Egypt and Tunisia, and full resumption of oil production in Libya.