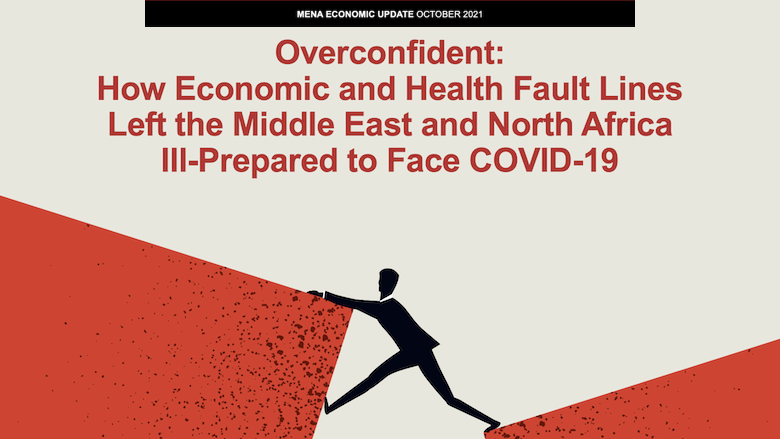 This edition of Overall, the output cost of COVID-19 so far in MENA is almost $200 billion, a number estimated by comparing the region’s forecast GDP level with a scenario where there was not any COVID.

The report predicts that the economic recovery will be both tenuous and uneven, with per capita GDP, which is a more accurate measure of people’s standard of living, increasing by only 1.1% in 2021 after declining an estimated 5.4% in 2020. The report estimates that 13 of 16 countries covered in the macroeconomic forecasts will have lower standards of living than prior to COVID. The region’s recovery will also depend on a rapid and equitable rollout of vaccines, while for some countries additional growth risks are posed by ongoing political uncertainty.

This edition looks specifically at how the region’s ill-prepared health systems hampered the response to the pandemic. MENA was one of the only regions in the developing world where government expenditure as a share of GDP increased during the decade prior to the pandemic, rising from 16%  to 18% between 2009 and 2019. This legacy of large public sectors and high public debt crowded out investments in public health, which weighed on the ability to respond to the health crisis. Going forward, countries will have to pay more attention to timely public health data and overcome a historic underinvestment in vital public health systems.