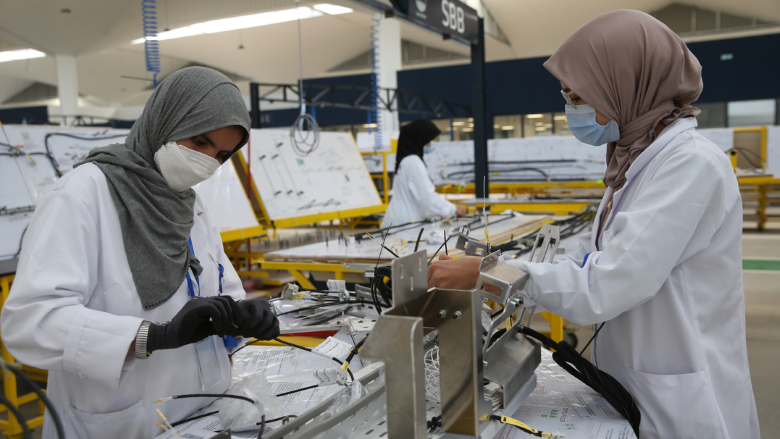 Although ongoing reforms should improve the long-term performance of the Moroccan economy, the short-term outlook is subject to significant risks given the spread of new COVID-19 variants and the persisting financial vulnerability of the private sector. Poverty indicators should resume their declining trajectory in 2021, but the number of poor is only expected to return to pre-pandemic level by 2023.

An incipient recovery began in late 2020, but it is still incomplete. After a 6.3% contraction in 2020, the economy posted a 1% real GDP YoY expansion during the first quarter of 2021, boosted by the strong rebound of agricultural value added (20.5% expansion) after abundant rainfall and by certain manufacturing exports. The service sector, instead, still posted a contraction, pulled by the underperformance of Morocco’s relatively large tourism industry. Various indicators suggest that the recovery of non-agricultural activity may have slowed during the second quarter: 50,000 urban jobs were lost QoQ; total exports and cement sales contracted, and the consumer confidence index declined. Despite the success of its vaccination program (48.6% of the population fully vaccinated as of September 22), Morocco has undergone a third wave of COVID-19 contagions over the summer.

Growth is projected to rebound to 5.3% in 2021, led by a base effect and an extraordinary agricultural campaign rather than by a broad-based acceleration of economic activity. Morocco may return to its pre-pandemic level of GDP only in 2022, followed by a gradual acceleration of growth, contingent on the successful implementation of ongoing and planned reforms. Sustained mainly by the recovery of indirect taxes, the budget deficit is expected to start falling in 2021 (6.7% of GDP), stabilizing debt below 79% of GDP. By contrast, the current account deficit will widen to 3.7% of GDP, as the recovery of imports more than off-sets the good performance of manufacturing exports and remittances. This baseline scenario is subject to high uncertainty. The last wave of contagions evidences that the pandemic may still postpone a complete normalization of economic activities. The crisis has increased Morocco's macro-financial vulnerabilities and a surge in corporate bankruptcies and loan defaults cannot be discarded yet given the precarious liquidity situation that characterizes a large share of businesses. Under such a scenario, the banking sector’s capital base and lending capacity would be impaired, potentially affecting public finances through the contingent liabilities associated with loan guarantee programs.