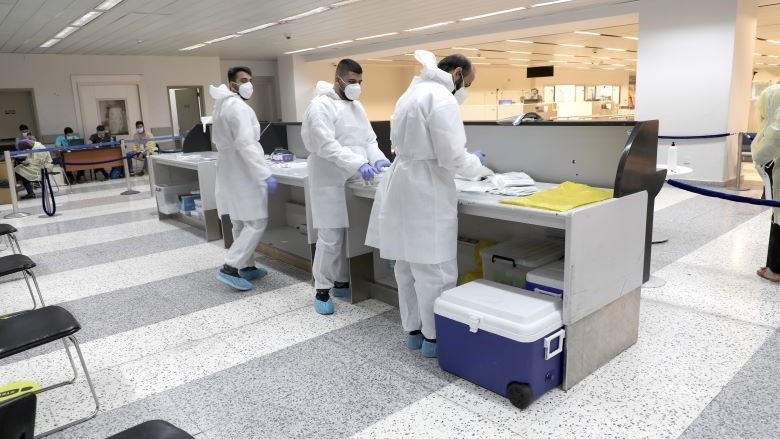 On September 10, Lebanese leadership formed a new Government following a 13- month vacancy in the executive branch and inadequate policy responses in face of compounded crises — the country’s largest peace-time economic and financial crisis, COVID-19 and the Port of Beirut explosion.

The Spring 2021 Lebanon Economic Monitor finds that Lebanon economic and financial crisis is likely to rank in the top 10, possibly top three, most severe crises episodes globally since the mid- nineteenth century. In fact, Lebanon’s GDP plummeted from about US$55 billion in 2018 to a projected US$20.5 billion in 2021, while real GDP per capita fell by 37.1%. Such a brutal contraction is usually associated with conflicts or wars. Monetary and financial turmoil continue to drive crisis conditions. The exchange rate deteriorated more briskly over the past six months (March-August 2021), with the US$ banknote rate depreciating by 68% to LPB 19,800/US$, compared to an 18% depreciation over the preceding six-month period. Meanwhile, inflation rate averaged 131.9% over the first six months of 2021 (6M-2021).

Poverty is on the rise with the share of the Lebanese population under the US$5.50 international poverty line estimated to have risen by 13 percentage points (pps) by end- 2020 and is expected to further increase by as much as 28 pps by end 2021. The proportion of households facing challenges in accessing food, healthcare and other basic services are on the rise. Inflationary effects are highly regressive factors, disproportionally affecting the poor and middle class. Lebanon has witnessed a dramatic collapse in basic services, driven by depleting foreign exchange (FX) reserves and the high cost of the FX import subsidies on food, fuel and medication.

Real GDP is projected to decline by 10.5% in 2021, on the back of a 21.4 contraction in 2020. High frequency indicators support continued albeit slower contraction in economic activity. BdL is soon expected to remove most of the FX subsidies. The impact can vary based on (i) the new exchange rate(s) used for these imports; and (ii) the source of the FX supply.