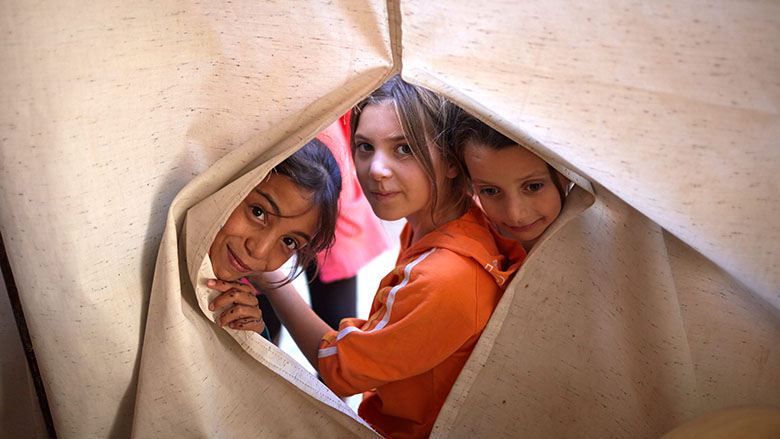 The pickup in economic activity in the Middle East and North Africa (MENA) region that started in mid-2016 is expected to moderate in 2017 due to slower growth in MENA’s oil exporters. Oil production cuts will weigh down growth in almost all countries in the subgroup. Growth prospects for the MENA region is projected to improve in 2018 and 2019 with overall growth exceeding 3 percent. Both MENA’s oil exporters and oil importers will benefit from a steady improvement in the global growth; increased trade with Europe and Asia; more stabilized commodity markets, especially oil; and reforms undertaken in some of the countries in the region. Nevertheless, MENA’s overall growth levels are half of what they were before the 2011 Arab Spring, making it difficult to address the youth unemployment problem and the needs of massive numbers of people who are displaced across the region as conflicts continue.

Growth outlook in MENA’s oil exporters is projected to improve in 2018 and 19, as governments are slowly adapting to the “new normal” of low oil prices. To counter the impact of falling oil prices, most of the governments have adopted new revenue measures. These measures range from increases in corporate income tax in Bahrain and Oman, and the introduction of value-added tax (VAT) in 2018 in all GCC countries, to spending cuts that include reducing fuel, water, and electricity subsidies elsewhere in the region. In GCC countries, growth is expected to reach 2.7 percent in 2019, up from 0.7 percent in 2017, ranging from 3.5 percent in Kuwait to 2.1 percent in Saudi Arabia.

Egypt’s economy is projected to perform better with the liberalization in the exchange rate, increased exports and tourism; growth is expected to accelerate to 5.3 percent in 2019. Morocco will likely grow faster in 2017 than in 2016 due to a strong rebound in agricultural output, but the economy is vulnerable to drought.

Several factors will impact the region’s short-term growth prospects, such as the ongoing conflicts and refugee crisis, high fiscal deficits, low oil prices and OPEC’s production cuts as well as the economic impact of the Gulf rift.

The long-term pattern of growth in the region is one of volatility, rising and falling with the price of oil and high unemployment rates (averaging 30% for the youth). Reforms are urgent, to diversify away from oil and unleash the potential of the private sector. Promoting the formal private sector and reforming the education system are also critical to increase youth employability, especially among young women.

The protracted conflicts in the region not only has increased the risk to MENA’s economic outlook but also has brought refugees’ development challenges to the forefront. Meeting these challenges requires collective action. The welfare of refugees is a global public good, as it promotes global stability. Beyond food and shelter, refugees need access to education, health services and jobs to preserve their dignity and livelihoods. Governments and the global community will need to monitor refugees’ welfare and to develop policies to transition from humanitarian to development aid.

As a global public good, the international community needs to step up its support to host countries to meet these development challenges. The World Bank has started to walk the talk by expanding its development effort in the region and has the Global Concessional Financing Facility to provide host countries with concessional financing to respond to immediate development needs.