Critical role of mangroves for livelihoods, resilience, and climate

Indonesia’s mangroves have high biodiversity importance. Indonesia’s mangroves serve as crucial fisheries habitat (nursery, habitat, and source of food) and are home to numerous endangered, threatened, and unique animal species such as birds, insects, mammals and reptiles. Mangroves are the main habitat for the endangered Proboscis Monkey, found in Indonesia and endemic to Borneo (Mangrove Action Project, 2015).

Mangroves are effective nature-based solutions to climate adaptation and are key to coastal resilience. These ecosystems provide shoreline protection from climate-related and other disasters such as storms and tsunamis, and reduce risks from flood, inundation, and erosion. Mangroves’ coastal protection values exceeding US$10,000 per hectare per year are found in parts of Indonesia, with variation dependent on population density and the infrastructure assets and communities nearby (World Bank, 2021).

, a large portion of which depends on mangroves for their livelihoods.  Mangrove is an important source of income and food, harboring fish, crustaceans (e.g., shrimp, crab,) and non-timber mangrove products, including honey, and leaves and roots which can be transformed into biscuits, teas, crackers and more.

Despite their significant value, mangroves are threatened by deforestation and unsustainable use. Conversion to aquaculture ponds accounts for almost 50 percent of the loss, followed more recently by the development of oil palm plantations, which account for 16 percent of mangrove loss in Indonesia (Richards and Friess 2016.). The degradation and loss of mangroves put coastal communities, which are heavily dependent on these coastal resources, at risk.

Given the critical importance of mangroves for livelihoods, resilience and the climate, the Government of Indonesia in 2020 announced the National Mangrove Rehabilitation Program, a presidential priority and aims to rehabilitate 600,000 hectares of degraded mangroves by 2024. The program is conducted by several ministries, led by the Ministry of Maritime Affairs and Investment, Ministry of Environment and Forestry (MoEF), Ministry of Marine Affairs and Fisheries (MMAF), and Peatland and Mangrove Restoration Agencies (BRGM), with involvement from the private sector and civil society organizations. The Program is supported by development partners, including the World Bank, through the forthcoming Mangroves for Coastal Resilience (M4CR) project.

The project will support policy and institutional reforms as the foundation for more effective mangrove management, in parallel to large-scale rehabilitation of degraded and deforested mangrove areas, and the creation of improved livelihoods opportunities for coastal communities.

Main components of the Mangroves for Coastal Resilience Project include: 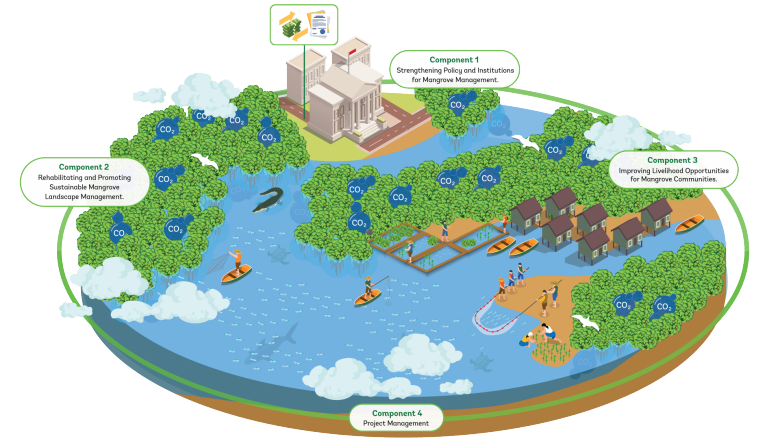 The M4CR fund will be managed by the Indonesia’s Environment Fund (IEF), in corporation with MOEF, BRGM, CMMAI and active participation of subnational government. This project will be initially implemented in four provinces: Riau, South Sumatra, North Kalimantan and East Kalimantan.

The M4CR project is expected to protect and restore critical mangrove ecosystems, enhance global public goods (ecosystem services, carbon storage, habitat for species) and reduce disaster risk to coastal communities. The project will also contribute to the Government of Indonesia’s ambition of turning the land use sector into a carbon sink by 2030. 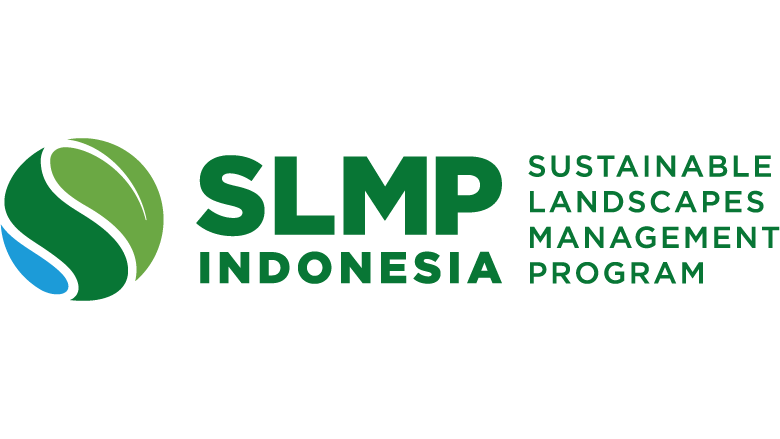 The Indonesia Sustainable Landscapes Management Program (SLMP) supports the Government of Indonesia to reduce deforestation and forest degradation and to promote more equitable growth through the sustainable use of forest resources.