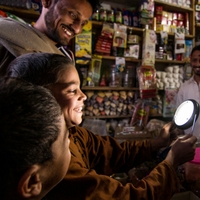 Energy is at the heart of development. Energy makes possible the investments, innovations, and new industries that are the engines of jobs, inclusive growth, and shared prosperity for entire economies.

From Coal to Clean Energy: Protecting People Through the Transition