How Can You Save the Lives of Children in Case of an Earthquake? 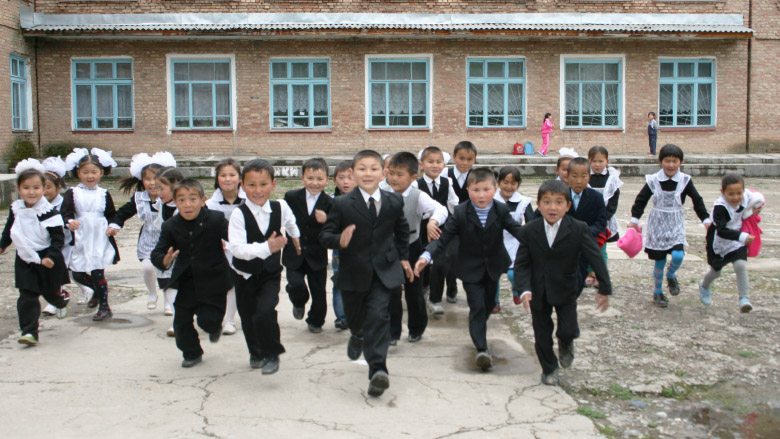 While stunning natural landscapes and breathtaking lake and mountain views make the Kyrgyz Republic a sight to behold, this beauty also belies the seismic risks laying just below the country’s surface. At particular risk are the nearly 1 million students attending one of the more than 3,000 schools around the country – many of which are vulnerable to powerful earthquakes.

Together with the World Bank, the Kyrgyz Republic is taking a number of steps to increase the country’s resilience to earthquakes, including a recent, four-day, south-south knowledge exchange in Istanbul. There, a high-ranking delegation comprised of senior government officials and members of parliament learned about the Istanbul Seismic Mitigation and Emergency Preparedness (ISMEP) project and how lessons from this project could be applied to the Kyrgyz context, making schools resilient at scale. 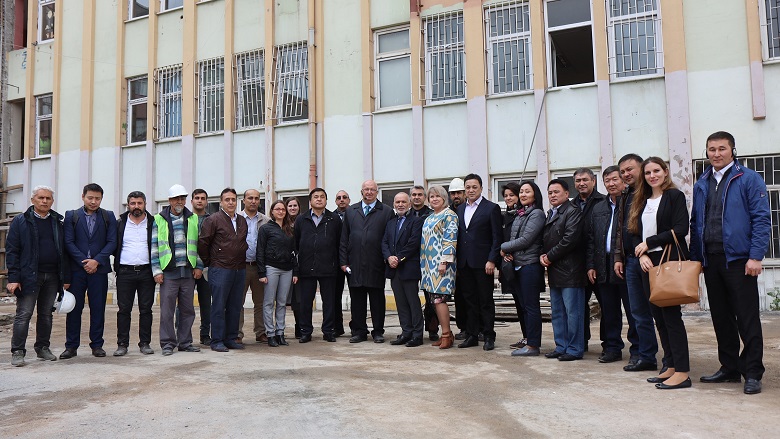 The Kyrgyz delegation in front of a retrofitted school (ongoing).

Children are our future and their protection has become a priority in both Turkey and the Kyrgyz Republic since the catastrophic impacts of past earthquakes - including the 1999 Marmara earthquake in Turkey, which killed more than 17,000 people. With the support of the World Bank, ISMEP has retrofitted over 780 schools and reconstructed another 270 – better ensuring the safety of 1.5 million students and staff in Istanbul, a city of 15 million people.

Similarly, in 2015, the Kyrgyz government adopted the State Program on Safer Schools and Preschools, which the World Bank is actively supporting through the recently approved $20 million Enhancing Resilience in Kyrgyzstan (ERIK) project. Component 2 of this project commits $12 million to the safety of students, retrofitting or replacing schools that are highly-vulnerable to seismic activity. To support efforts in both Turkey and the Kyrgyz Republic to save the lives of children, the World Bank’s Global Program for Safer Schools (GPSS) facilitated this south-south knowledge exchange between the two nations. 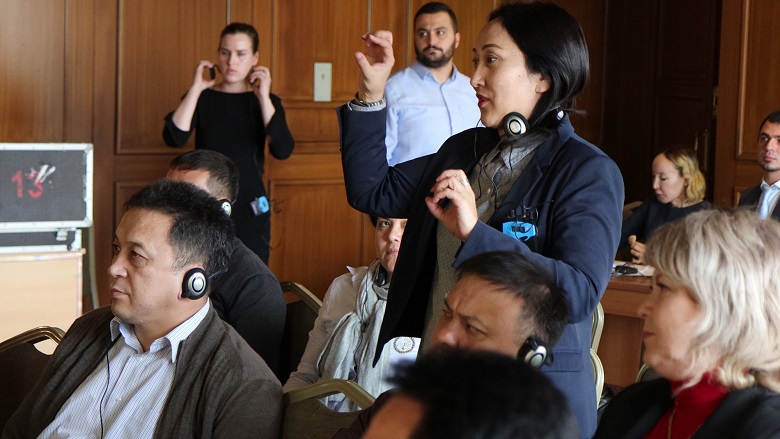 The meetings of the Kyrgyz delegation with their Turkish colleagues laid the foundation for future knowledge sharing and exchange activities benefitting both countries.

The delegation visited different schools to better understand cost-efficient intervention strategies that allowed ISMEP to create safe schools at scale throughout Istanbul. The delegation also discussed the benefits and challenges of retrofitting school buildings with the Directors and Deputy Directors of the Istanbul Project Coordination Unit (ISMEP’s implementation unit), the Istanbul Metropolitan Municipality Disaster Coordination Center (AKOM) and the Disaster and Emergency Management Authority (AFAD). These meetings laid the foundation for future knowledge sharing and exchange activities benefitting both countries.

Among several topics discussed, the following were highlighted from the ISMEP experience: