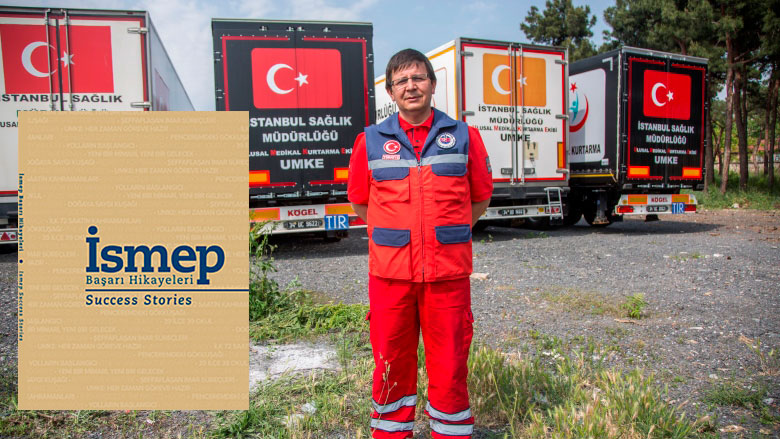 Located on the vulnerable Northern Anatolian Fault, Turkey’s financial capital city, Istanbul, is highly exposed to seismic activity. In a city home to approximately 15 million people with dense commercial, industrial and residential areas, producing 27.5 percent of Turkey’s GDP and collecting 40 percent of the country’s taxes, earthquakes can result in significant consequences for human lives and disrupt the Turkish economy.

Having implemented substantial recovery and reconstruction efforts as a result of the 1999 Marmara earthquake, the Government of Turkey initiated the Istanbul Seismic Risk Mitigation and Emergency Preparedness Project (ISMEP) in 2005, which leveraged $1.5 billion from other Multilateral Development Banks and bilateral donors, including $550 million in World Bank financing. This project aims to enhance preparedness, strengthen critical public infrastructure such as schools and hospitals, improve institutional and technical capacity for disaster risk management (DRM) and emergency response, and put in place measures to better enforce the building codes and land use regulations in the Metropolitan City of Istanbul.

ISMEP not only pioneered one of the first disaster risk mitigation programs implemented by the World Bank but also established a comprehensive approach to support a large metropolitan city to better anticipate, prepare for, and respond effectively to earthquakes. The ISMEP project, which benefited from technical advisory support from the Global Facility for Disaster Reduction and Recovery (GFDRR), brought together risk reduction investments such as public schools retrofitting and reconstruction, with institutional measures that seek to enhance emergency response and public awareness campaigns.

To celebrate 10 years of efforts in seismic risk mitigation achievements in Istanbul, the ISMEP Success Stories Publication highlights insightful anecdotes, best practices and wide-ranging results from the ground. The publication illustrates how ISMEP benefitted more than 7 million people in Istanbul, training for instance 662,000 volunteers in emergency preparedness and enabling more than 1.5 million students to receive better education in safer schools.

The ISMEP Success Stories Publication was made possible with the support of the Japan-World Bank Program for Mainstreaming DRM in Developing Countries through the DRM Hub, Tokyo.  The DRM Hub in Tokyo is working on mainstreaming seismic risk mitigation within the World Bank projects in partnership with government agencies such as Japan International Cooperation Agency (JICA) and technical experts from Japan and around the world.   Together with Japan’s decades of experience in managing seismic risk mitigation, the key lessons and best practices highlighted in the ISMEP Success Stories Publication will provide forward-looking guidance to similar, large metropolitan, disaster-prone cities that seek to combine rapid economic development while managing large-scale urban transformation in a risk-informed manner. With the support of the DRM hub, Tokyo, initiatives such as the ISMEP Success Stories aim to disseminate best practices and share practical solutions with other cities that also strive to strengthen urban resilience.