Prime Minister, Finance Minister, ladies and gentlemen, it is an honor to be here today in Bangladesh with you to celebrate the country’s determined and sustained efforts to end extreme poverty. And I’m especially pleased that on my first visit as World Bank Group president to Bangladesh, we are highlighting these successes on End Poverty Day.

According to our latest global research, nearly 800 million people around the world lived on less than $1.90 a day in 2013. That is a reduction of about 100 million people in just one year, from 2012. Half of the world’s extreme poor now live in Sub-Saharan Africa, and another third live in South Asia.

There are still far too many people surviving on far too little – but Bangladesh’s impressive record in dramatically reducing extreme poverty gives us hope that this trend will continue and that other countries can do the same.

Bangladesh offers us many lessons in ending extreme poverty, and one of the most important is that innovation plays a critical role.

Bangladesh recognized decades ago that empowering women is essential to ending extreme poverty. Your leaders arrived at the logical conclusion that countries can never reach their full economic potential if half the population is not fully participating.

Bangladesh developed a national family planning program in the 1980s that created an army of women health workers who went door to door to bring contraceptives to women.  This helped reduce fertility rates dramatically and sparked the demographic transition that continues to support remarkable development progress. The following decade, in the 1990s, Bangladesh started a female secondary school stipend program, one of the first conditional cash transfers programs in the world.

These innovations worked.  In 1991, the educational attainment of Bangladeshi women was among the lowest in the world. Today, primary school enrollment for girls is higher in Bangladesh than in Bhutan, Nepal and Pakistan, and about the same as in India.

Another lesson that we draw from Bangladesh sounds obvious, but far too few countries actually do it –multiple partners are needed to accelerate progress in ending extreme poverty.

Large non-governmental organizations and private sector companies – including BRAC and Grameen Bank, which are known around the world -- brought microfinance, investments in female-owned small businesses, and other initiatives to empower poor people.

Years before other countries, Bangladesh also recognized that investments  in people are just as important as investments in so-called “hard infrastructure,” -- bridges, roads, and energy. These investments in people support an educated and healthy workforce that can help Bangladesh compete effectively in the global economy over the short-, medium- and long-term. The results are indisputable: infant mortality and fertility rates fell; children’s schooling increased; child immunization rates soared, as did access to clean water and sanitation.  Bangladesh’s private sector also played a major role. Between 2003 and 2013, women’s employment more than doubled -- from 7 million to 17 million. Some 4 million women, mostly from poor rural areas, now work in the ready-made garment sector, and this number is set to rise as jobs migrate from China to cheaper locations.

This impressive record of economic growth and investments in people occurred despite many challenges. Bangladesh, for instance, is exceptionally vulnerable to severe cyclones, accounting for 70 percent of all storm surges in the world. But with active community participation, Bangladesh has adapted to climate threats, putting in place early warning systems, cyclone shelters, evacuation plans, coastal embankments, and reforestation schemes.

In its efforts to end extreme poverty, Bangladesh got many of the basics right. From 2000, the economy has been growing consistently at 6 percent on average every year, and that growth has lifted millions of people out of poverty. New data from the World Bank released earlier this month showed that 20.5 million Bangladeshis escaped from poverty between 1991 and 2010. In percentage terms, the poverty rate dropped to 18.5 percent in 2010 from 44.2 percent in 1991.

Still, though, Bangladesh has much work to do – it had 28 million poor people in 2010, the latest estimates from household surveys.

To reach its goals to become a middle-income country by 2021 and to end extreme poverty by 2030, the country must sustain its economic growth, create more and better jobs, focus on energy and transport infrastructure, make progress on improving the quality of health and education, and improving governance, including to strengthen anti-corruption measures.

The World Bank Group is looking forward to working with Bangladesh to promote private sector investment by strengthening governance and improving the investment climate. Now, foreign direct investment is less than 1.7 percent of GDP in Bangladesh, far below that of most countries; foreign direct investment in Vietnam, for instance, was 6.1 percent of GDP. Strengthening governance will help lead to more jobs in infrastructure, diversify exports, and ensure the health and safety of workers.

The World Bank Group has been a partner with Bangladesh since 1972. We want to deepen our commitment. With the support of our partners, the World Bank Group hopes to invest up to $1 billion dollars to address malnourishment among children, and we will announce tomorrow a major investment to help the country adapt to climate change. In addition, we plan to establish a multi-donor trust fund to pass on the knowledge of successful poverty reduction experiences here to countries around the world.

Bangladesh has shown the world that a long list of hardships can be overcome. In fact, its people have shown that innovation, commitment, setting goals, and visionary leadership can accomplish feats that few dared imagine. I believe that Bangladesh can continue to build on this record and can end extreme poverty by 2030 and boost shared prosperity. Agao Bangladesh. Prosper Bangladesh. 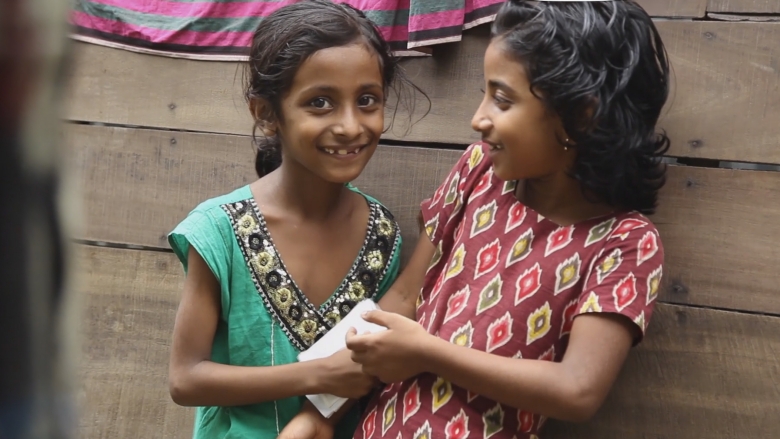