A Decade of Transformation in Bihar 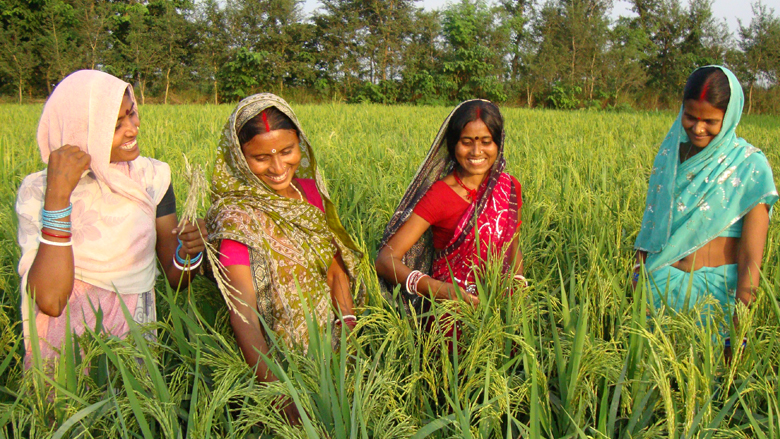 Shakila Khatun is a small holder farmer in Purnea district of Bihar, India. Like many small farmers she wasn't able to get a fair price for the maize she produced—her main source of income. Until last year, she was forced to sell her maize to a trader who took the maize from her doorstep in exchange for a price based on a non-transparent system.

Things are different now. Khatun is part of a small holder farmers' "producer company," a collective managed by 1,465 women farmers.  Last year, she sold nearly 30 metric tons of maize to the company, earning 20 percent more than the previous year.

"We are happy with the way things are going. Our target is to procure at least 5,000 metric tons. Last year we did 1,048," Khatun says. Members of the company use online trading platforms to discover fair prices for their produce. The company runs the transactions and stores the produce in a warehouse. It finances the commercial transactions of members, including credit of payment within three days of receiving crops.

Khatun is one of 1.8 million women in Bihar, who are part of a larger socio-economic change catalyzed by the Bank-supported Bihar Rural Livelihoods Project, popularly known as JEEViKA (livelihoods). The decade-long project has seen more than 1.8 million women from rural poor households organize into nearly 150,000 self-help groups, 9,500 village organizations and 161 cluster level federations. So far, these community institutions have leveraged nearly $93 million from commercial banks while mobilizing more than $23 million in their own savings.

The impact has been significant. The community institutions have reached more than 400,000 farmers with a one-stop-shop for agriculture including credit, inputs, digital agriculture extension, and farmers' field schools. They have supported many women in developing nutritious kitchen gardens at home. And an intensive behavior change campaign on health, nutrition and water, sanitation and hygiene resulted in significant behavior changes among women and households.

One key element of success is ownership and support by the government of Bihar, which views community institutions as critical for the implementation of livelihood and social welfare schemes. 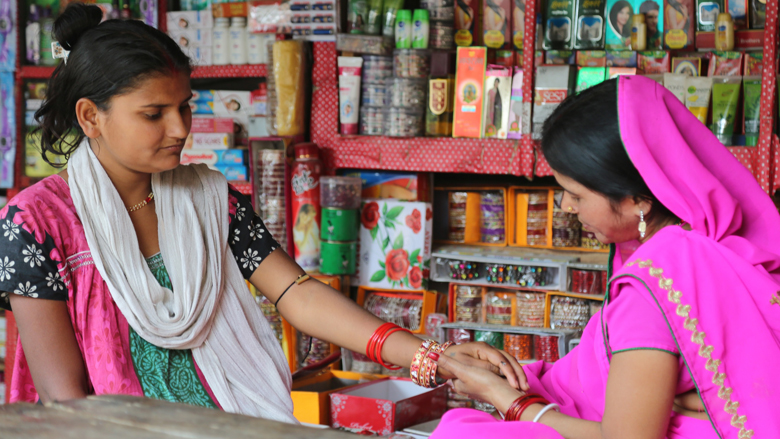 JEEViKA-supported institutions have developed more than 46,000 professionals providing high quality and intensive capacity building and support services to the communities.  For example, banking facilitators are hired and paid by the community institutions, and facilitate financial transactions between bankers and community members.

"The poor should not be served poorly. We need the best of minds at work to tackle the challenge of rural poverty in Bihar. JEEViKA has hired bright young professionals from best management and development institutions in the country to work with the communities," says Bihar's Secretary for Rural Development Arvind Chaudhary.

JEEViKA has been instrumental in bringing global expertise and solutions to issues plaguing rural Bihar. It has also built partnerships with innovators, social entrepreneurs, technical agencies and development partners through organizing marketplace events like the Bihar Innovation Forum to create an enabling environment for investment and partnership with community institutions.

"The work undertaken over a decade with government of Bihar and communities shows that the approach of building high quality social and human capital among the poor creates sustainable transformation of livelihoods," says Parmesh Shah, a Bank global lead for Rural Livelihoods. "It might look difficult and messy as we engage in such endeavor. However, we need to continue engaging and investing in the process as the poor regions and geographies require Bank to be patient to achieve sustainable results."

A follow up project was approved by the Bank's Board last month to scale up the model throughout the state. The six-year, $290 million IDA-financed "Bihar Transformative Development Project" aims to reach 4.5 million more households, making Bihar the leading state in India in terms of mobilization of rural women into community institutions.

“The project builds on lessons from our ten-year experience of working with the government on the Bihar Rural Livelihoods Project (BRLP) and the National Rural Livelihoods Project (NRLP) across 25 districts and 179 blocks of Bihar. These projects confirm that strong, self-managed community-led approach is effective in catalyzing socio-economic changes at the grassroots, providing rural households pathways out of poverty, and stimulating the rural economy,” said Vinay Kumar Vutukuru, Senior Agricultural Specialist and World Bank’s Task Team Leader for this project. 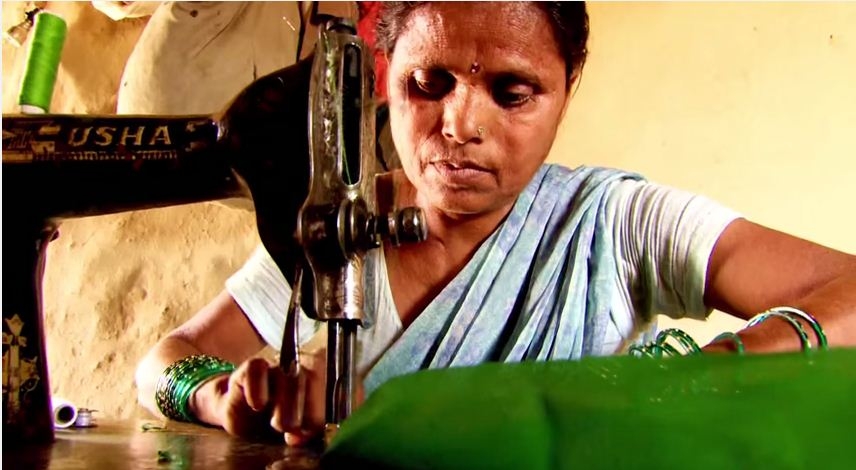