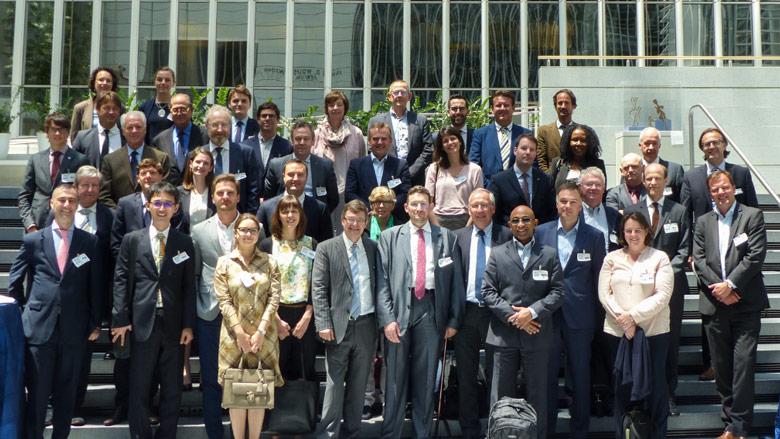 The business delegation, led by PSLOs for Belgium and Austria, included some 40 companies from Belgium, Austria, and the US, working in infrastructure (water, transport, environment) in particular in the Africa region. The program included presentations by World Bank Group staff from the Africa region, the Global Infrastructure Forum, Procurement, the Trade Facilitation Support Program, IFC, and MIGA. The delegation also met with the Inter-American Development Bank and Millennium Challenge Corporation.

World Bank in Africa
Growth in Sub-Saharan Africa slowed markedly in 2016 to 1.5%, and is projected to recover moderately in 2017 this year to 2.6%. Growth will continue to strengthen in 2018, helped by improvements in commodity prices and domestic conditions. However, the recovery remains fragile with most of the uplift coming from Africa’s three largest economies – Angola, Nigeria and South Africa – as they rebound from a sharp slowdown in 2016.