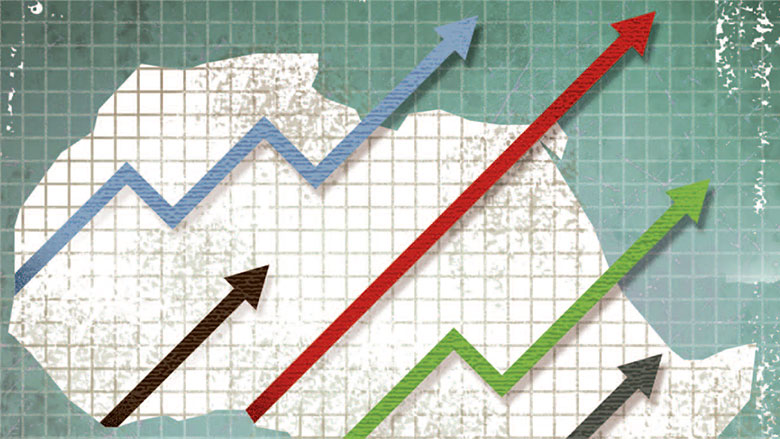 WASHINGTON, April 19, 2017—Sub-Saharan Africa experienced a slowdown in investment growth from nearly 8% in 2014 to 0.6% in 2015, according to the new Africa’s Pulse, a biannual analysis of the state of African economies conducted by the World Bank. This sluggish investment has coincided with a sharp deceleration in economic growth in Africa.

In this issue of the Africa’s Pulse, a special section is dedicated to infrastructure in the region, a sector in which investment could become a strategic tool for poverty reduction and economic development. Infrastructure is particularly important since the continent ranks at the bottom of all developing regions in nearly all dimensions of performance. 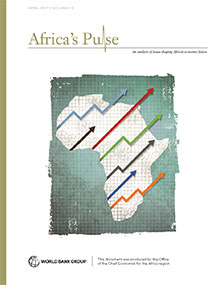 Africa’s Pulse: Economic Growth in Sub-Saharan Africa Rebounds to a Projected 2.6% in 2017
The latest edition of the Africa’s Pulse reveals a modest increase in growth, showing a timid recovery from last year’s record low. To continue the upward trend, it is critical that African economies implement reforms that boost investment, particularly in infrastructure, and create jobs.

On the positive side, Sub-Saharan Africa has made great progress in telecommunications coverage in the past 25 years, expanding at a fast pace across both low- and middle-income countries in the continent. Access to safe water has also increased, from 51% of the population in 1990 to 77% in 2015.

But the challenges that remain are vast and deeply ingrained. For example, little progress has been made in per capita electricity-generating capacity in over two decades.  Only 35% of the population has access to electricity, with rural access rates less than one-third urban ones. Transport infrastructure is likewise lagging with Sub-Saharan Africa being the only region in the world where road density has declined over the past 20 years.

The growth effects of narrowing Sub-Saharan Africa’s infrastructure quantity and quality gap are potentially large. For instance, growth of GDP per capita for the region would increase by an estimated 1.7 percentage points per year if it were to close the gap with the median of the rest of the developing world.

Closing the infrastructure quantity and quality gap relative to the best performers in the world could increase growth of GDP per capita by 2.6% per year. The largest potential growth benefits would come from closing the gap in electricity-generating capacity.

When analyzing public spending in infrastructure, the report found that countries spend significantly less money than they actually allocate to projects. This reduces the execution of projects earmarked for investment each year, a clear sign of the inefficiencies pervasive in the sector.

Improving the institutions and procedures governing project appraisal, selection, and monitoring are among the policies countries should implement to ensure they have a sound public investment system.