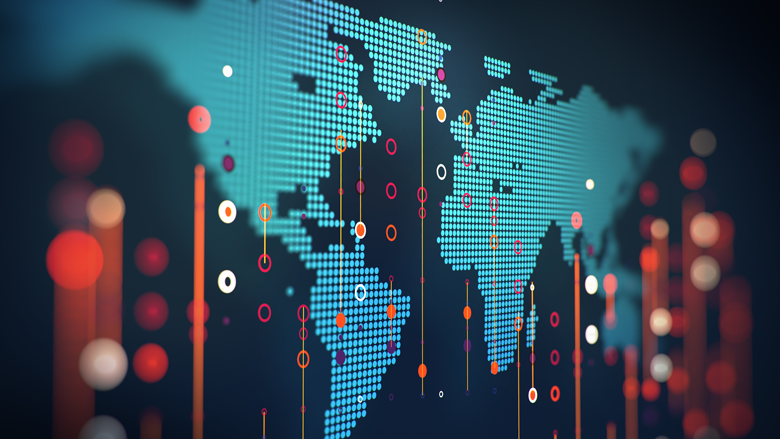 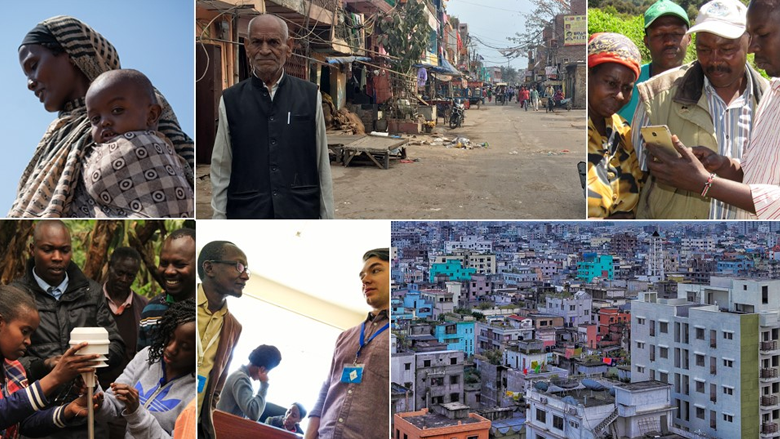 Putting Data and Innovation to Work for the SDGs: the Data Innovation Fund
April 5, 2021 — Progress toward the achievement of the Sustainable Development Goals (SDGs) is contingent on the availability of good quality data, and no small amount of innovation. However, persistent data gaps plague low- and middle-income countries, due to a range of challenges, Read More » 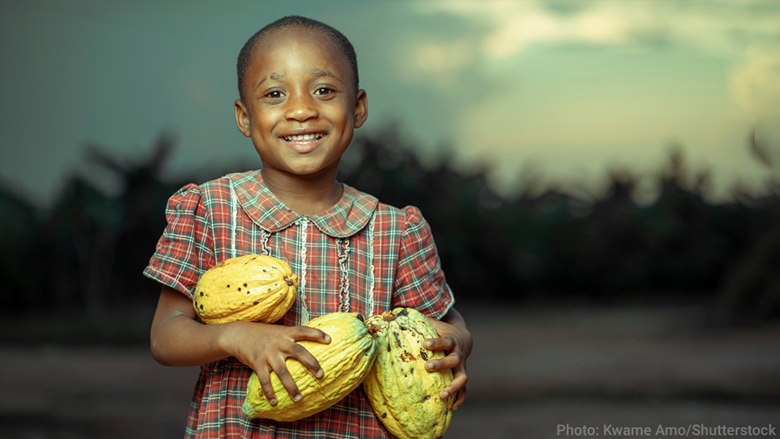 Maps to the future: How can soil map data be used by smallholder cocoa farmers?
March 3, 2021 — The demand for cocoa is increasing worldwide, but cocoa-producing regions are suffering from declining yields because of declining soil fertility, climate change, and disease which threatens the cocoa supply chains. Read More » 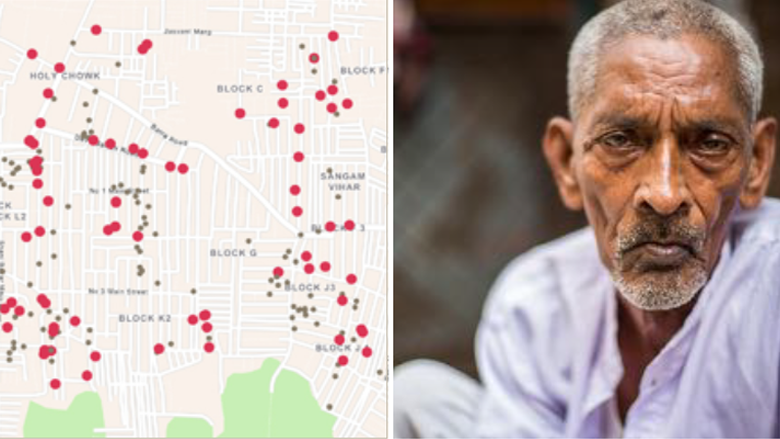 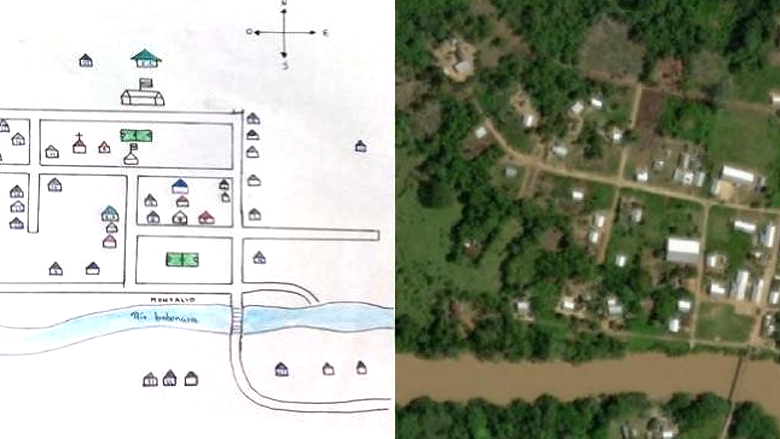 Leaving no one behind in the Amazon: Mapping to support sustainable energy using remote sensing and GIS
November 24, 2020 — Remote sensing techniques in the Amazon can provide a wide range of data, from deforested areas to potential oil and gas exploration sites. How can the sustainable development need of indigenous peoples be addressed without exploiting Read More »

In August 2014, UN Secretary-General Ban Ki-moon asked an Independent Expert Advisory Group to make concrete recommendations on bringing about a data revolution in sustainable development. Data innovation was one of the four areas of consultation identified by the group, along with a recognition that few mechanisms were in place to fund data innovations that explored newer methods of data collection, curation, and management. Collaboration between the private and public sectors was seen as critical to achieving this goal.

In 2016, the World Bank Development Data Group (DECDG) established the Data Innovation Fund (DIF) as a key component of the Trust Fund for Statistical Capacity Building III (TFSCB-III) to support innovative collaborations for data production, dissemination, and use. In a partnership with the Global Partnership for Sustainable Development Data (GPSDD), the fund was open to three rounds of proposals (between 2016 and 2018) from a variety of sectors and disciplines, calling for innovative solutions to a diverse set of problems identified by governments or other key actors. Each of the funded interventions benefited low- and lower-middle-income countries and were linked to the Sustainable Development Goals (SDGs).

Given the World Bank’s interest in replicability and scalability, the DIF results and lessons learned were designed to be readily adapted to other operations, regions, and sectors. The Bank was particularly interested in projects that resulted in data or methods being produced more quickly, at lower cost, and/or at a higher resolution or granularity, towards addressing critical data gaps. Ultimately, the goal of DIF was to encourage collaboration, experimentation, learning, and capacity development in the field of sustainable development data. DIF closed in early 2021.

The funding for DIF was made available from the World Bank’s Trust Fund for Statistical Capacity Building III (TFSCB-III), financed by the United Kingdom Foreign, Commonwealth and Development Office, the Department of Foreign Affairs and Trade of Ireland, and the Governments of Canada and Korea.

The Data Innovation Fund (DIF) financed scalable, replicable, and innovative approaches to improving data on the ground, with a strong emphasis on knowledge-sharing. During three calls for proposals in 2016, 2017, and 2018, the Fund received approximately 900 proposals for projects in support of multiple SDGs across Sub-Saharan Africa, East Asia and the Pacific, Europe and Central Asia, Latin America and the Caribbean, the Middle East and North Africa, and South Asia. The 38 winning projects received funding in the range of $25,000 to $250,000 each.

The first round of the DIF was launched at the United Nations High-Level Political Forum on Sustainable Development in July 2016 and called for proposals covering any theme related to the SDGs. Leveraging the Global Partnership for Sustainable Development Data’s (GPSDD) large network of partners, the call resulted in the submission of over 400 proposals. A multi-stakeholder panel was assembled to review and evaluate proposals and ten recipients were announced in March 2017. Round 1 winners were brought together for a one-day Innovation Fund Learning Session Workshop in March 2018. Read the report from the workshop here.

Drawing on lessons learned from the first round, the second round in 2017 focused on two thematic areas – ‘leave no one behind’ and the environment – requiring that the group of collaborators on any proposal include the potential user of the innovation, to ensure that the innovation was geared to practical needs and existing demands. After launching at the UN High-Level Political Forum on Sustainable Development in July 2017, the second call resulted in the submission of over 200 proposals.  Proposals were reviewed by a multi-stakeholder expert review panel assembled from the World Bank, the UK Department for International Development (now Foreign, Commonwealth & Development Office), and GPSDD’s Technical Advisory Group and partners. The twelve winning projects were announced in January 2018.

Following the success of the first two rounds of funding, DIF launched the third round in June 2018. This round called for ideas with an established proof of concept that benefited local decision-making, resulting in approximately 300 proposal submissions. DIF was looking for collaborative projects that fostered synergies and took advantage of the relative strengths and responsibilities of official and non-official actors in the data ecosystem.

The seven selected data-driven projects tackled issues such as disease outbreak warnings, urban sanitation, urban planning, air pollution, agriculture, and more. The projects were implemented by collaborating organizations that each brought diverse yet complementary sets of tools, skills, and expertise.

Maps to the future: How can soil map data be used by smallholder cocoa farmers?
By Sun Hwa Song, Leslie Ricketts and Siddhesh Kaushik

Leaving no one behind in the Amazon: Mapping to support sustainable energy using remote sensing and GIS
By Sun Hwa Song, Siddhesh Kaushik and Leslie Ricketts

Monitoring the impact of COVID-19 and climate change on pastoral populations in the Sahel
By Craig Hammer, Leslie Ricketts & Niharika Hanglem

What is the Trust Fund for Statistical Capacity Building (TFSCB)?
By Masako Hiraga & Sun Hwa Song

Below are case studies of completed projects.

Use our interactive tool to explore these and other projects.