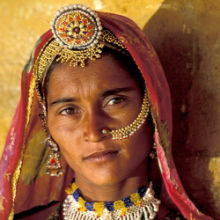 The World Bank In India

With a population of more than 1.2 billion, India is the world’s largest democracy. Over the past decade, the country’s integration into the global economy has been accompanied by economic growth. India has now emerged as a global player.

India: Commitments by Fiscal Year (in millions of dollars)*

Find out what the Bank Group's branches are doing in India.