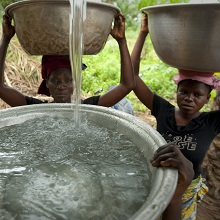 As the world’s largest multilateral source of financing for water in developing countries, the World Bank is working closely with partners to achieve “A Water-Secure World for All,” by sustaining water resources, delivering services and building resilience.

Working Together for a Water-Secure World for All