New Study Focuses on Risk Aversion to Understand Why Some People Flee Conflict, While Others Don’t 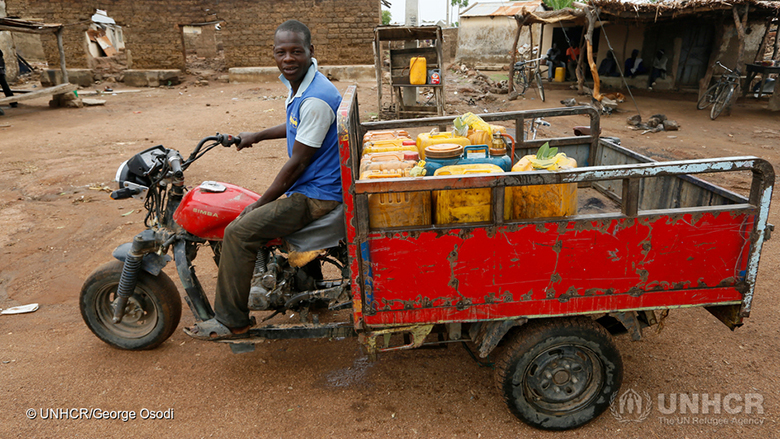 Despite growing numbers of people that are forcibly displaced due to conflict, the reality is that many do not flee and continue to live under difficult circumstances. To understand how people make this choice, a new World Bank working paper, “Risk Preferences and the Decision to Flee Conflict,” examines the role of risk aversion and concludes that the risk-averse are the ones who prefer to flee, while the risk-tolerant  stay in their own countries.

If confirmed more broadly, these findings contrast sharply with economic migrants, who are known to be risk takers seeking economic opportunities, underscoring the need to distinguish between these two groups with an appropriate policy response for each.

A four-step approach was used to test the model with household and conflict panel data collected from Nigeria for the period 2010-2016, which coincides with the Boko Haram conflict:

It found that risk-tolerant individuals preferred to stay, while risk averse individuals chose to flee, in line with its prediction.

While these are early results in an area that has received very little attention in the past, derived from a country case study, it calls attention to the difference between previous findings on economic migrants and risk preferences. Economic migrants tend to be risk-takers and move with the expectation that it would lead to an overall better quality of life.

On the other hand, the forcibly displaced are more risk-averse. They move to protect their lives and minimum living standards. Evidence has shown that economic migrants move with the intention of finding opportunities for growth far away from their home countries, while forcibly displaced persons want to settle close to the place of origin with the expectation of returning home.

These results need to be validated with further work in Nigeria and elsewhere, but if confirmed more broadly, this means that combining the two groups is not beneficial for the place of origin nor the place of destination. Separate policies by host governments should be considered for economic migrants and forcibly displaced persons.