When Living Under Conflict, Why do Some People Flee, While Others Stay? Q&A with World Bank Lead Economist Paolo Verme 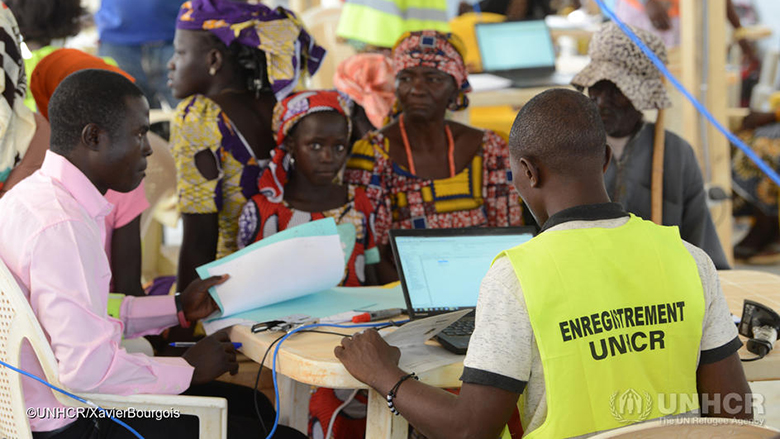 Nigerians seek safety across the border in Cameroon. Some flee, while others stay in the face of conflict © UNHCR/Xavier Bourgois

A recent surge in violent conflict has led to historically high levels of forced displacement, with a global total of over 68 million refugees, internally displaced persons and asylum seekers. Yet what’s often overlooked is that despite difficult circumstances, most people in conflict affected areas do not flee and continue to live in their homes.

Why do some people flee, while others stay? World Bank lead economist Paolo Verme, co-author of a new working paper Risk Preferences and the Decision to Flee Conflict, explains, and why it’s important for policy makers to understand their behavior.

What motivated you to undertake this research?

We tend to associate conflict with displacement, but the reality is that even under intense conflict, most people continue to live in these areas. We were driven by this question, trying to understand why people do not flee, when they are threatened by risk of death, injury, dispossession of assets and other liabilities.

We thought that bringing in the story of risk aversion was very important. It is well known in social psychology that there are different types of individuals – some are risk averse, others more risk tolerant. This can be measured, and correlated with displacement.

What did you find?

One of the shortcomings we have in conducting this kind of research is that we usually don’t have enough individual or household data to address these questions.

But for this study, we had very good data on internal displacement in Nigeria. The World Bank had conducted living standards measurements surveys over six years between 2010 and 2016, repeated with the same group of people. This period coincides with the Boko Haram conflict, so we had data from before the conflict, during the conflict and after the conflict subsided.

We used this data to see who moved from conflict areas to non-conflict areas. Then we compared those who moved with those who didn’t. Once we identified these two groups, we tried to understand why some moved and some didn’t.

We found that in Nigeria, the people fleeing conflict tend to be the most risk-averse, and those who stay are more risk-tolerant.

Of course, these are early results in an area that has received very little attention in the past, derived from a country case study. They need to be validated with further work in Nigeria and elsewhere.

Did the findings surprise you?

This finding makes it very clear that those who are forcibly displaced are fleeing because they are afraid. They are risk-averse, and want to maintain a minimum standard of living. They want to go back as soon as the conflict subsides, and they don’t have great aspirations in terms of personal wealth.

They draw a sharp contrast to the behavior of economic migrants, who tend to be risk takers, planning ahead to move for long periods of time, independent of whether there is conflict or not in the place of origin. They are more concerned about improving their living standards.

Intuitively, we would have expected these results, but today, we see big confusion around economic migration and forced displacement. We thought it was important to dig in, and understand who’s who. With this paper, we have preliminary evidence.

How do economists think about decision making in uncertain circumstances?

Economists think of choice under uncertainty as a lottery. There is no certainty of the outcome, so in that sense, they are similar. In this case, we are evaluating two lotteries – fleeing or staying.

The lottery of staying is that you take the risk of being bombed, killed or injured, and your assets stolen. On the other hand, you have control over your assets, you are where you belong. You live in your house, and you can make use of your assets.

It seems that they are choosing between two bad outcomes.

That’s where risk preferences come in. We know that there are certain people who take more risks, others who take less. Some people are keen to play lotteries, while others are not.

People who are risk-averse are willing to accept lower outcomes that are more secure. If I am fleeing conflict, I know for sure that I am not going to be killed, but I have a higher probability of a lower outcome, such as lack of income. But since I am risk-averse, I prefer this option, because I risk less.

If I am a risk taker, I would be willing to risk more and stay. I may think that when others flee, I actually have income opportunities. But I am also putting myself at risk of injury and death – so I am a risk taker.

This is how people look at lotteries, and there are different ways of modeling them.

You discuss the advantages of using the quantile maximization model, compared to expected utility. Can you elaborate?

Expected utility looks at mean outcomes. You take the average to evaluate the lottery, and that is what you think is going to happen to you.

With quantile maximization, we hypothesize that there are different kinds of behavior. If I am risk averse, I don’t care what the big gains are, or the big risks. All I need to know is the expected outcome in the lower part of the distribution – low risk and low gains. As long as I have this information, it’s enough for me to take a decision.

Under certain circumstances, this model is a useful way of looking at decision making, and I think it’s closer to the situation that people living under conflict face. They have to decide fast, they can’t draw from past experiences, and the range of available information is limited.

This is just one study but if these findings are confirmed more broadly, there are big implications for policy making, because it means we need to distinguish between forcibly displaced and economic migrants. The types of policies that need to be administered to these two groups should be very different.

For example, if you are a risk taker and plan to be abroad for an extended period of time, then you are likely to be suitable as an entrepreneur who takes risks and invests money to build a business in the long term.

If you are risk-averse and are satisfied with minimum living standards, going back home is more important to you than achieving high rewards in terms of income or wealth.

Whether in the country of origin or destination, these are two very different groups of people and we really need to think about appropriate types of policies for each.