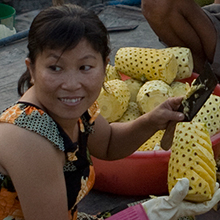 Agriculture can help reduce poverty, raise incomes and improve food security for 80% of the world's poor, who live in rural areas and work mainly in farming. The World Bank Group is a leading financier of agriculture.

Find out what the Bank Group's branches are doing on Agriculture.