India has achieved annual growth exceeding seven percent over the last 15 years, halved its poverty rate since the 1990s, and enjoyed strong improvements in most human development outcomes. The WBG’s partnership with India has contributed to the country’s impressive development on many fronts, from providing access to all-weather roads for thousands of rural communities to ensuring almost every child, including girls, go to elementary school. At the same time, the country is still home to the greatest number of the world’s poor and sustained effort is required to continue on a path to higher income status that is inclusive of all its citizenry. India is both critical to the success of global development efforts, including eliminating extreme poverty, and as an influential leader for global goods such as addressing climate change.

, halved its poverty rate since the 1990s, and enjoyed strong improvements in most human development outcomes.  The WBG’s partnership with India has contributed to the country’s impressive development on many fronts, from providing access to all-weather roads for thousands of rural communities to ensuring almost every child, including girls, go to elementary school.  At the same time, the country is still home to the greatest number of the world’s poor and sustained effort is required to continue on a path to higher income status that is inclusive of all its citizenry.  India is both critical to the success of global development efforts, including eliminating extreme poverty, and as an influential leader for global goods such as addressing climate change.

First, India will need to achieve greater resource efficiency as it sustains growth, given its resource endowments and large population.  Land will need to be used more productively—in urban areas by the spatial transformation of cities achieving “agglomeration economies” and in rural areas by increased agricultural productivity.  India’s water management will need to provide for shifting water allocation to higher-value uses and policies to increase the value of water use within sectors.  In addition, 230 million people are not properly connected to the electricity grid while generation will need to be less carbon intensive.  More generally, India’s rapidly growing economy needs investment in infrastructure, an estimated 8.8% of GDP or US$ 343 billion a year until 2030.

Second, sustained growth will also need to accelerate inclusion, especially to create more and better jobs.  While an estimated 13 million people enter the working age population each year, only 3 million new jobs are being generated on an annual basis. A particular challenge lies in India’s declining female labor force participation, which at 27 percent is among the lowest in the world despite overcoming gender gaps in education.

Finally, India’s public sector institutions will need to be modernized to deliver services and regulations that match the aspirations of a middle income country; this will entail improving accountability and effectiveness, improving the ability of the state to interface with the private sector, and strengthening the compact among tiers of government to improve service delivery.

Pursuit of these objectives is informed by a concerted effort to leverage private finance for development and to engage India’s federal system of government through partnership on priority transformative programs at the national level, expanding strategic partnerships with select states, including in India’s lower income states, and working to develop local government capacity.

The WBG also supports Lighthouse India, a program of knowledge exchange on development experience among India’s states and between India and other countries; for example, the World Bank has helped foster a high-level partnership around skills development between India and several nations in Africa.

The World Bank’s extensive lending program of around 100 operations and wide-ranging analytic work, together with International Financial Corporation (IFC)’s lending and advisory programs, underpin efforts to support growth that is resource efficient and generates jobs and returns for India’s people. 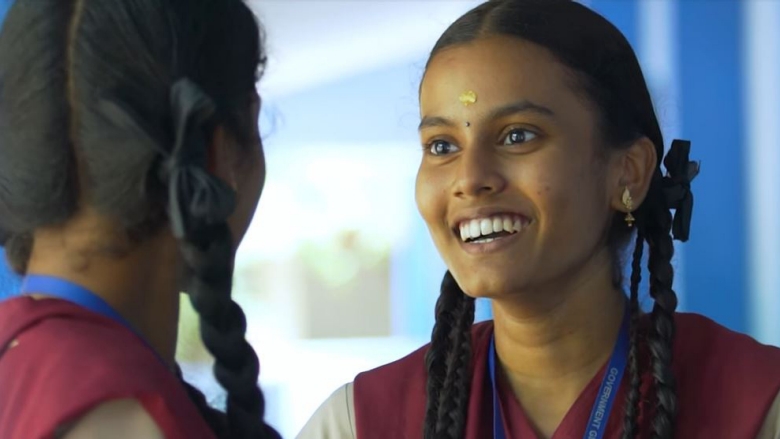 WBG financing supported India’s achievement of numerous results over the past five years, highlights of which include:

Electricity Connectivity: Installation of over 5,000 kilometers of transmission lines, including contributing to interconnecting the country’s Southern Grid with its National Grid, thereby supporting India in achieving its goal of “One Nation-One Grid-One Frequency” as well as cross-border transmission of 500 MW among India, Nepal, and Bangladesh;

Renewable Power Generation: Supported Madhya Pradesh’s government to set up the largest single-site solar power project in India, attracting private investments of about US$750 million, where the rigorous structuring of the project risk-sharing mechanism led to intensely competitive bidding that resulted in the lowest ever solar tariff bid—some 33 percent lower than lowest preceding bid—in India in 2017;

Transport Connectivity: Upgraded or improved maintenance of 5,500 kilometers of state and rural roads across 10 states; PPP financing arrangements originally piloted in a WBG operation has now become the primary contracting arrangement to commission infrastructure in the National Highway Development Program, and variations of it are being employed in other sectors, such as wastewater treatment;

Agriculture: Developed improved, more water efficient irrigation for over 2 million hectares; productivity gains for crops ranging from paddy to horticulture; and an increase of over 200,000 farmers’ share of retail prices for several commodities by over 20 percent in Assam and Maharashtra states;

Healthcare: Supported development of state-wide health care insurance system in the states of Karnataka and Meghalaya, covering more than 30 million people; and helped develop quality assurance systems for public hospitals and nationwide nutrition programs for mothers and infants, including a mobile-technology-based monitoring system in 100,000 centers across eight states;

Education: Supported national education programs that contributed to better access to secondary education for disadvantaged groups, including moving female-male gender parity from 94 percent in 2010 to 102 percent in 2017 and increasing net enrollment in upper primary school by 10 percent in the years between 2012/13 and 2015/16;

Mobilizing Private Finance and Creating Markets: IFC invested over $1.4 billion in low income state and also piloted innovative financing mechanisms, including a US$50 million gender bond with Yes Bank, to be used exclusively to lend to women-owned businesses and the first green offshore rupee bond for US$50 million equivalent. 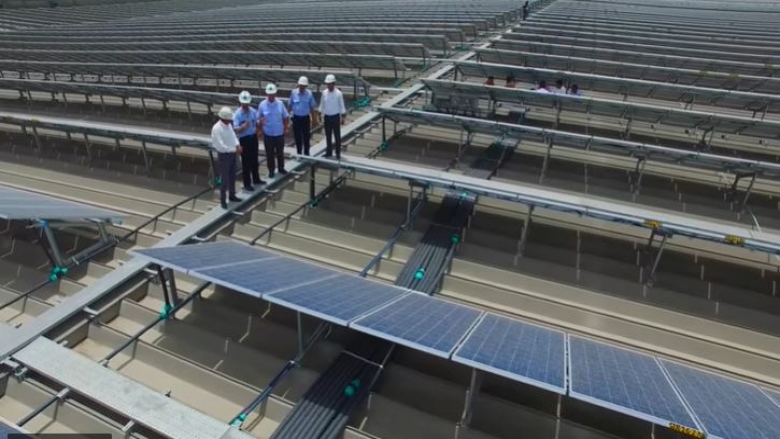 As of September 1, 2019, the World Bank’s lending portfolio comprised 99 lending operations totaling $24.4 billion in commitments, of which $16.3 billion is IBRD, $8.1 billion is IDA.  India graduated from IDA at the end of FY17.  New IDA/IBRD commitments over the past five years have averaged $3-3.5 billion. IFC’s committed account portfolio in India is $6.3 billion, and has grown at a pace that is more than double IFC’s overall average growth.  MIGA is presently seeking to carry out its first operation in India.

The World Bank Group’s financing and knowledge services support several critical national programs, notably the National Highway Development Program and PMGSY Rural Roads Scheme; the National Rural Livelihoods Mission; the Swachh Bharat (Clean India) Mission; the National Mission for a Clean Ganga river; as well as national missions on nutrition,education and skills.  The WBG’s adds value through support on design, implementation, validation of results, and knowledge exchange for these large government programs whereas its financing, while substantial, is a small proportion of India’s overall outlay.

The WBG coordinates with other multilateral banks and bilateral development agencies and foundations.  The World Bank is together with the Asian Infrastructure Investment Bank to provide parallel financing for the Madhya Pradesh Rural Connectivity Project and the 24X7 Power for All in Andhra Pradesh  Project.  The WBG has substantive cooperation with development partners on analytical work across a range of areas, most notably with the Japan International Cooperation Agency on technical exchanges related to freight corridors; the United Nations Children’s Fund on sanitation, teacher quality, and girls empowerment; the International Labor Organization on skills and rural roads; the World Health Organization on road safety and countering tuberculosis; the Bill and Melinda Gates Foundation on nutrition and water; and the Tata Trust on nutrition.

The World Bank Group is implementing a Country Partnership Framework for FY18-22 (CPF) which focuses on resource efficient growth, enhancing competitiveness and enabling job creation, and investing in human capital.   The CPF calls for maximizing impact through  four tactical approaches: (a) leveraging private finance, in response to the need to build mechanisms and expertise to crowd in private finance in creating markets and delivering development at scale; (b) engaging with a federal India, including developing strategic partnerships with select states, in recognition of the critical and growing role of states in determining the country’s development; (c) strengthening public sector institutions’ ability to carry out service delivery and regulatory functions; and (d) promoting a Lighthouse India to facilitate the transfer of the country’s vast development experience. This emphasis on implementation—or the “Hows” of a smarter engagement—aims to transform the WBG from prioritizing lending to an emphasis on leveraging finance, institutions, and knowledge.

The WBG will build on its broad engagement and results achieved during the past five years to support India as it seeks to accelerate its already strong growth and poverty reduction trends.  At the same time, the program will shift to reflect the need to address challenges in its development trajectory.  These include: greater focus on resource efficiency and climate resilient approaches to growth; focus on improving enablers for private sector development which generates more quality, jobs, particularly for women; and emphasis on providing not just access to services, but improving the quality of education, healthcare, and social protection systems.