Bangladesh: Growing the Economy through Advances in Agriculture 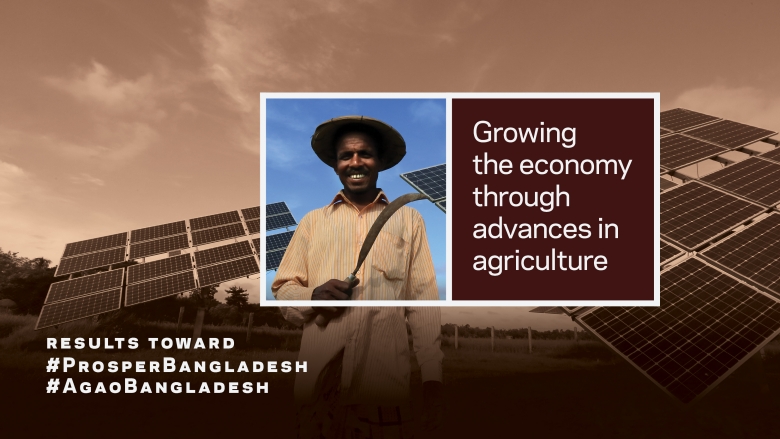 Bangladesh’s rural economy, and specifically agriculture, have been powerful drivers of poverty reduction in Bangladesh since 2000.  Indeed, agriculture accounted for 90 percent of the reduction in poverty between 2005 and 2010.

Bangladesh has made commendable progress over the past 40 years in achieving food security, despite frequent natural disasters and population growth (food grain production, for example, tripled between 1972 and 2014, from 9.8 to 34.4 million tons). With one of the fastest rates of productivity growth in the world since 1995 (averaging 2.7 percent per year, second only to China), Bangladesh’s agricultural sector has benefited from a sound and consistent policy framework backed up by substantial public investments in technology, rural infrastructure and human capital.

But Bangladesh is among the most vulnerable countries to climate change, which poses a long-term threat to the country’s agricultural sector, particularly in areas affected by flooding, saline intrusion, and drought.

Faster and more inclusive rural growth with job creation will require greater agricultural diversification together with more robust rural non-farm enterprise development.  A shift in production from rice to higher-value crops will significantly reduce malnutrition, trigger more rapid growth in incomes, and create more and better on-farm and non-farm jobs, especially for women and youth. Livestock and fisheries also offer tremendous potential for reducing malnutrition and increasing incomes and jobs in a severely land constrained economy, but struggle because of inadequate government support.

Investment in and expansion of the rural non-farm enterprises (or RNFEs) is a parallel priority for Bangladesh. RFNE’s can help households become more resilient to climate shocks through income and livelihood diversification. And they can be a potentially powerful source of job generation, especially for youth and women, through more efficient and competitive value chains. 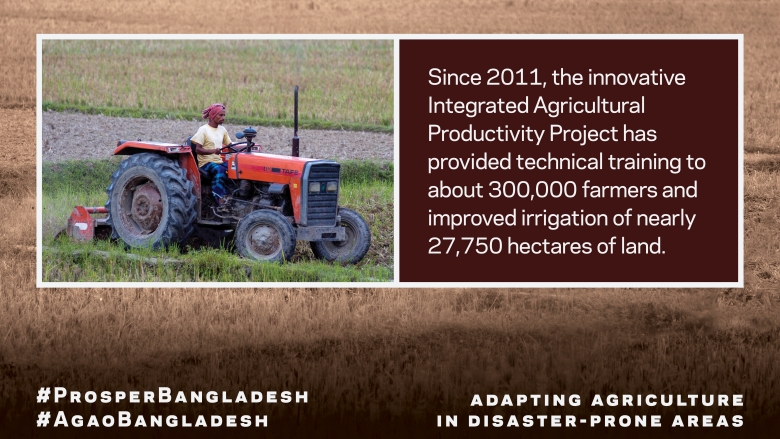 The World Bank has addressed Bangladesh’s agriculture needs through:

The Modern Food Storage Facilities Project (MFSFP), initiated in 2007 when Bangladesh faced a potential food security crisis because it was unable to procure rice on the international markets, expands and improves grain storage infrastructure and strengthens the management of grain stocks. It will enable Bangladesh to better withstand frequent threats to food security, especially for its poorest and most vulnerable citizens, from natural disasters and external shocks. 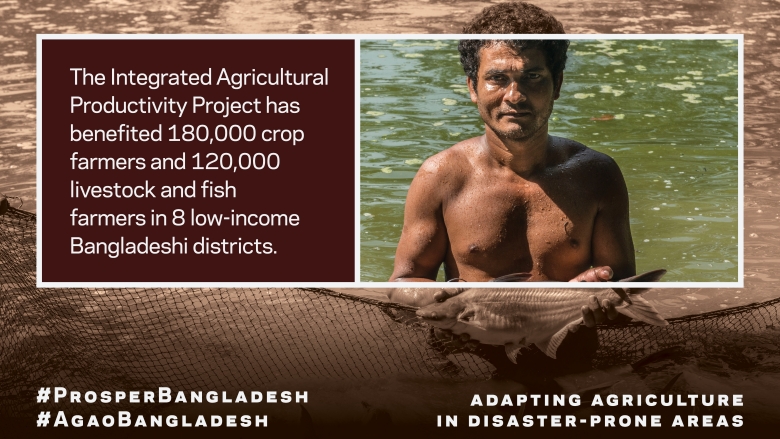 Eight modern steel grain storage silos will be constructed with a capacity of about 535,500 tons of rice and wheat.

500,000 households will have household storage silos in the disaster-prone areas including
the coastal zone.

There will be 14 to 100 percent average annual yield increases in certain agricultural
commodities.

More than 21,000 tons of agricultural commodities will be sold annually through new structures 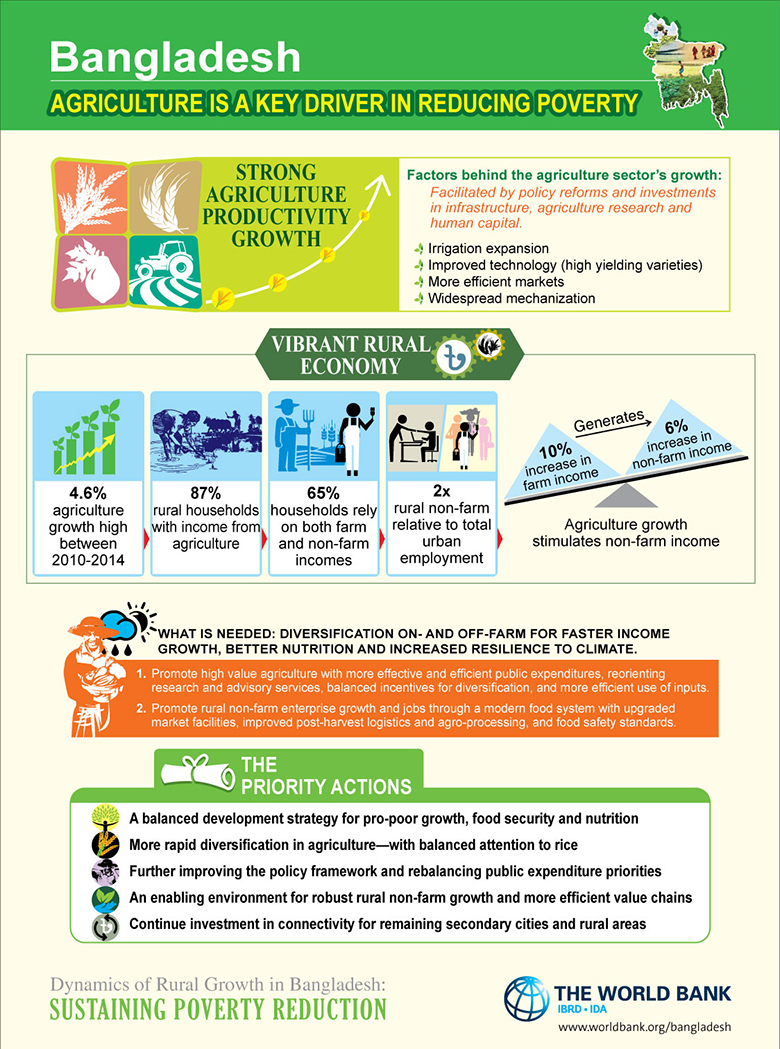 Bangladesh is well known for its progress in human development. But its achievements in agriculture remain an untold story despite being key to reducing poverty since 2000.