Morocco: Improving inclusiveness, accountability and transparency of decision making at the local level 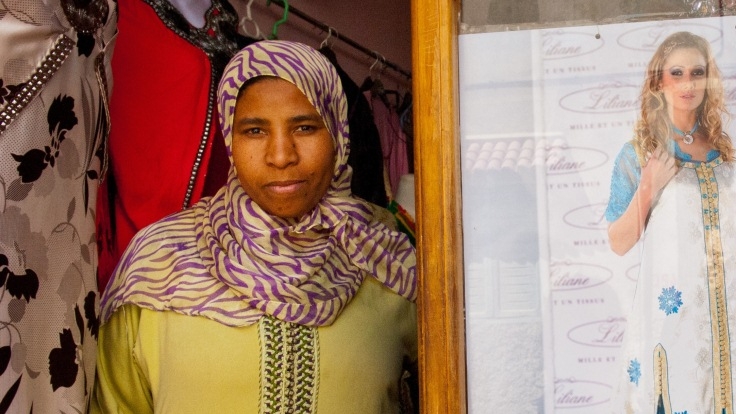 Fatema, a widow with three daughters, was able to take sewing classes thanks to an INDH supported-program for women in difficult situations

The project (2006-2010) made significant progress in improving inclusiveness, accountability and transparency of decision making and implementation processes at the local level in Morocco.  Elected officials and representatives of civil society now represent 67 percent of the local governance committees. In addition, the participation of women and youth in the governing bodies of the National Initiative for Human Development (INDH) was 17 percent and 12 percent respectively, compared to the targeted values of 14 percent and 7 percent.

At the launch of the operation (2005), Morocco suffered from high levels of poverty (14.2%, with a further 23% ‘economically vulnerable’), strikingly poor income inequality, and low human development indicators. Over half of adults were illiterate, compared to an average of 10% for lower middle income countries. Poverty was equally pronounced in both rural and urban areas, albeit with different characteristics.  Although half of public expenditures were allocated to the social sectors, access and quality were limited, particularly for rural people because of the centrally driven approach, with low levels of participation, weak coordination amongst line ministries, and inadequate targeting.

For the Bank, INDH was one of the main vehicles supporting the Country Assistance Strategy (CAS) outcome of improving access of the poor and vulnerable population to basic services. By the time of Bank appraisal, government had already set the main framework of the INDH, the components were largely designed, and the program had been underway for a year. The Bank was nonetheless able to identify areas where improvements were needed, nd where Bank support would be relevant, including:

(1) Design and support to the participatory process;

(3) Stronger provision for capacity building, monitoring and evaluation, learning, and development communications; and,

(4) Increasing focus on procedures to ensure fiduciary soundness and safeguards.

World Bank involvement was primarily in support of the government’s INDH program. The guiding principles and program design were outlined in government’s 2005 concept document (Plateforme), which endorsed bottom up participatory planning, increased delegation of responsibility to elected local government, and involvement of civil society through nongovernmental organizations (NGOs), and so on.

The INDH has become even more relevant today with the intensifying socio-political pressures in the country, hence the announcement of an expanded INDH Phase II (2012-2015). This new phase intends to build on the institutional architecture and approaches that were developed during INDH 1, but with an almost doubling of the allocated budget (up from US$1.2 billion in phase 1 to US$2.1 billion over five years) and a doubling of the targeted rural communes and urban neighborhoods.

The target beneficiaries were the populations of 403 rural communes and 264 urban neighborhoods with high concentrations of poor and vulnerable people. The benefits of the INDH have been considerable, with a noticeable improvement in the lives of the target population, and a strengthening of community social capital and of institutions at all levels, particularly in the NGO sector.

Morocco: Weaving the Threads of Hope