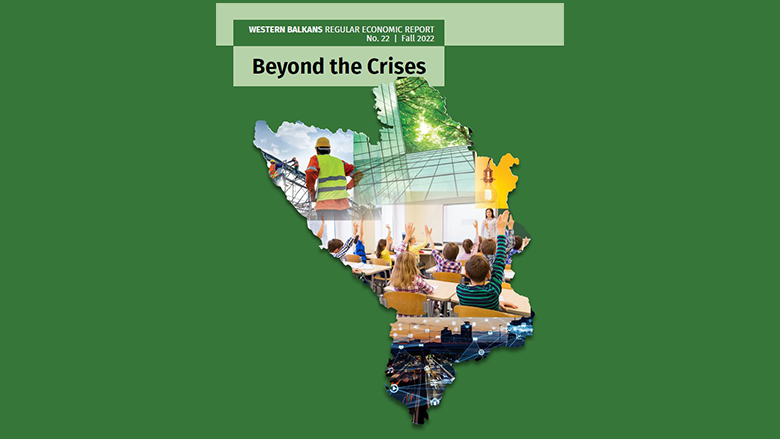 A semi-annual report on recent economic developments and the outlook in the Western Balkans (Albania, Bosnia and Herzegovina, Kosovo, Montenegro, North Macedonia, and Serbia). The edition looks at the economic and social effects of multiple shocks to the region, including the impact of the war in Ukraine and the energy crisis in Europe. 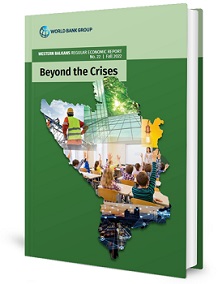 The economies of the Western Balkans continue to face a turbulent external environment, placing households, firms, and governments under acute stress. The war in Ukraine, and the resultant sharp increase and energy prices and slowdown in global growth, is weighing on economic performance in all six economies. Higher energy and food prices have pushed inflation to levels unseen for many years.

Economic growth proved to be robust in the first half of 2022, above expectations. Private consumption and investment were the key drivers of growth. Rising wages and remittances, together with increasing private credit, have supported private consumption. Investment was particularly strong in North Macedonia, Serbia, and in Bosnia and Herzegovina.

Building on performance seen in 2021, employment levels reached historical highs in several countries by mid-2022. The employment rate increased in all countries and now averages 46 percent, a 3-percentage point increase over mid-2021. All sectors contributed to the job market recovery, with services (including tourism) playing an especially strong role. The unemployment rate in the Western Balkans declined to a historic low of 13.5 percent by mid-2022, equivalent to a decline in unemployment of 151,000 people.

Poverty has continued to decline in 2022, but sharply higher inflation poses risks to poverty reduction going forward. Poverty in the Western Balkans is expected to fall by approximately 1 percentage point in 2022. At the same time, inflation, particularly for food and energy, is negatively affecting the less well-off. In the absence of government support, the severity of the energy and food price shocks could result in a 13-percent increase in the number of the poor in the region.

Fiscal spending pressures following the energy and food price shocks have offset revenue buoyance brought by high inflation and halted fiscal consolidation. The average fiscal deficit in 2022 is expected to increase by 0.4 percentage points as a share of GDP compared to in 2021. On one hand, high inflation has helped to boost revenue in nominal terms, especially for indirect taxes such as VAT. But on the other hand, public expenditure has increased significantly as governments took measures (and are forced to take measures) in response to rising inflation and the energy crisis.

During 2022, inflation in the Western Balkans has soared due to a combination of supply- and demand-side factors. Inflation is now expected to remain in double digits for 2022 in all Western Balkan countries except for in Albania. Food inflation reached as much as 25 percent in Bosnia and Herzegovina, Montenegro, and North Macedonia. While commodity price increases have been the most significant drivers of inflation, price pressures are increasingly broad-based.

Financial sector stability has been maintained, but a growth slowdown and higher inflation will inevitably test the financial sector. Non-performing loans remain on a downwards trajectory (at 4.4 percent on average in March 2022) and the direct impact of the war in Ukraine on the region’s banking sector has been limited. However, tighter global financing conditions, a slowdown in both domestic and external demand, as well as weakening business and consumer confidence will surely impact the region’s financial sector.

The region’s export boom has begun to slow, just as imports have sharply increased due to the higher cost of food and energy, widening current account deficits. Deficits are widening in all countries of the Western Balkans, and in some cases such as Kosovo, Montenegro and Serbia have reached double digits. For the region, the current account deficit is expected to widen from 54.9 percent of GDP in 2021, to 8.7 percent of GDP in 2022. Exports, of both goods and services, have remained strong across the region, but the pace of growth has begun to slow.

While growth in the first half of 2022 proved to be relatively robust, it is clear that the region is now heading into another storm. A confluence of indirect supply and demand shocks are expected to weigh heavily on the region’s outlook, keeping inflation high and dampening consumer and investor confidence. Financing conditions are tightening, the risks of a winter COVID-19 flare-up remain, and global supply chains continue to be stressed. Growth in the Western Balkans has been further revised downward for 2023 (by 0.3 percentage points) to 2.8 percent.

In the short term, governments should prioritize policy support to the vulnerable, ensuring that measures are targeted and timebound to minimize fiscal risks. Reforms that would boost medium-term growth at limited fiscal costs should be a priority for policymakers. This would include measures to increase the level of market competition, remove entry barriers to business, increase retention and reinvestment among foreign investors, reduce barriers to female labor force participation, improve education quality, and raise standards of governance, including digitalization. 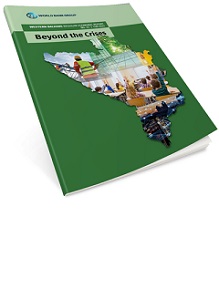 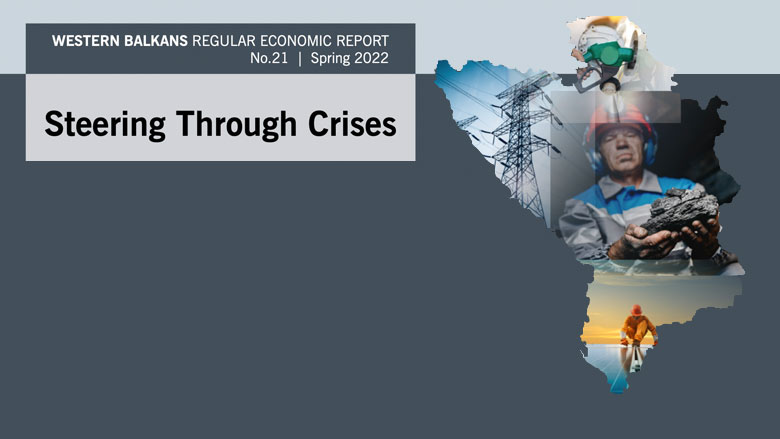 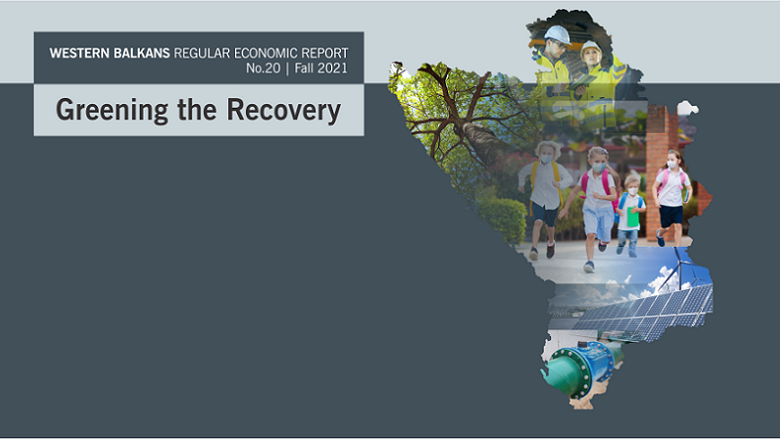