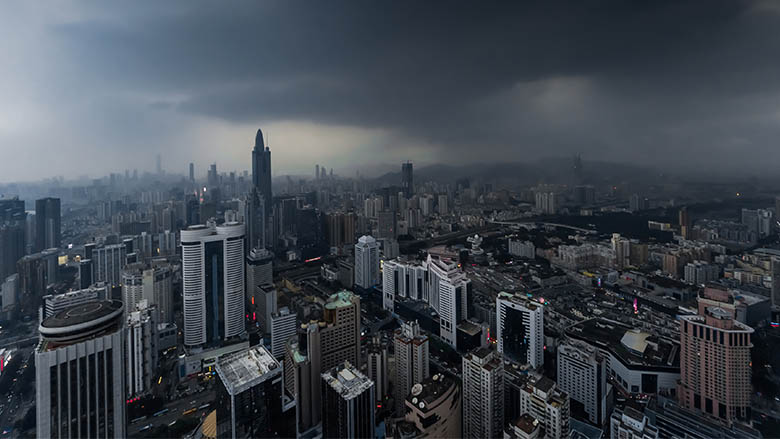 In China, heightened trade tensions with the United States have accelerated the moderation in growth already underway as the government focuses on rebalancing the economy towards consumption.

Growth in the region’s other large economies has also moderated and the recovery in manufacturing observed at the beginning of the year proved to be short-lived. Weakening external demand combined with global trade policy uncertainty have been weighing on regional activity through declining exports, deteriorating business confidence, and weakening investment.

Growth in the smaller economies in the region ticked up in the first half of 2019, reflecting country-specific circumstances including robust growth in the tourism, real estate, and extractive sectors.

Exports growth declined sharply amid weakening global demand. Global growth decelerated in the first half of 2019, reflecting moderation of economic activity in major economies, including China, India, Europe, and the United States. The slowdown in exports has been broad-based but emerging market and developing economies in East Asia and the Pacific, including China, have been particularly affected.

As growth moderates, the pace of poverty reduction is also slowing. The 2019 estimate of the poverty rate in developing East Asia and the Pacific, measured using the Upper-middle Income Class (UMIC) poverty threshold (US$5.5/day 2011PPP), has been revised upward to 24.0 percent, compared with 23.7 percent in the April 2019 EAP Economic Update. This translates into an additional 6.6 million people in developing East Asia and Pacific predicted to remain below the UMIC poverty threshold, based on the latest growth projections compared with April 2019 estimates.

Downside risks to the region’s growth prospects have intensified.

To weather growing risks, the report recommends that countries with sufficient policy space use fiscal and/or monetary measures to help stimulate their economies, while guarding fiscal and debt sustainability. Countries in the region will also benefit from staying the course on trade openness and by deepening regional trade integration. The downside risks also increase the urgency for countries in the region to undertake reforms to improve their productivity and boost growth. This includes regulatory reforms that improve the trade and investment climate to attract investment and facilitate the movement of goods, technology, and know-how.