Evaluation Builds Evidence of the Importance of Early Childhood Interventions 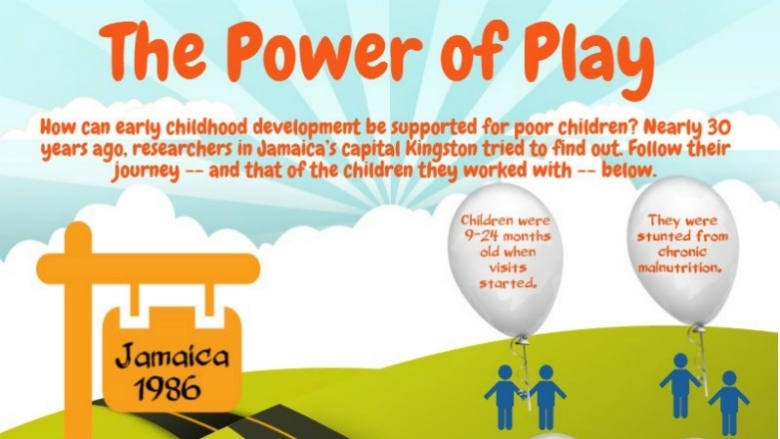 JAMAICA: A 20-year follow up to an early childhood intervention in Jamaica

Evaluation: The intervention consisted of one-hour weekly visits from community Jamaican health workers over a two-year period in the late 1980s. Mothers were taught parenting skills and encouraged to interact and play with their children in ways that would develop their children's cognitive and personality skills. SIEF researchers re-interviewed the study participants 20 years after the intervention. The stimulation children received increased the average earnings of participants by 25 percent. Treatment group earnings caught up to the earnings of a matched non-stunted comparison group. These findings show that psychosocial stimulation early in childhood in disadvantaged settings can have substantial effects on labor market outcomes and reduce later life inequality.

Read about the study in our Evidence to Policy note.

Background: What's the best way to help disadvantaged children reach their potential? What do they need to succeed in school, in work and in raising their own families? Proper healthcare, nutrition, psychosocial stimulation, and emotional support all play a role in giving children the foundation they need to do well later on. But do programs to boost brain development and emotional and physical skills in very young children really change lives in the long-term? Researchers supported by SIEF sought to answer this by following a group of poor and stunted children in Jamaica whose mothers received either guidance in using play and language to encourage development, or nutritional supplements, or a combination. The children were aged 9 months to 24 months when the program started. Twenty years later, children that received the extra stimulation, whether with nutritional supplements or not, were earning more money than similarly stunted babies whose mothers received just nutritional supplements or no intervention. This rare look at the effects of early childhood intervention over the decades gives tangible proof of the potential effects of early childhood development programs.

Paul Gertler, one of the researchers and a Professor of Economics, University of California, Berkeley Haas School of Business, discussed the evaluation and its relevance with SIEF in 2013.

Was it difficult to track the original children so many years later?

The survey was implemented by Sue Walker and Susan Chang, our Jamaican co-authors. They have been surveying the study population every 3 years or so and have been keeping track of them over time. When the study began, the original authors collected substantial information from the parents of children in order to be able to re-contact the study participants. In the most recent survey, the team first conducted a tracking survey where they tried to find the study participants. For those that they could not find, the survey team contacted relatives to get addresses and phone. That is how the found those that had moved overseas. The tracking took substantial effort, but that effort was very successful and worth it.

Have there been a lot of other studies like this or are such evaluations still rare?

These long-term follow ups are relatively rare. An important exception in early childhood is the Perry Preschool study. The Jamaica study is to the developing world what the Perry study is the U.S.

Was it a surprise to discover that investing in children's development early in life helps them raise their earnings later on?

I was not surprised the Jamaican stimulation intervention had a big effect on earnings later in life given that we know that there were large impacts on schooling, cognitive skills and socio-emotional skills that were documented in previous studies. However, I was very surprised by the size of the effect, which is much larger than found in the U.S., and by the fact that there was complete catch-up with a non-stunted comparison group. The size of the effect might be because of the developing country setting, which is the major difference with other studies. Given the sample size we definitely need more studies like this one to see it the results is generalizable.

What do these results say for policymaking and development programs?

These findings show that psychosocial stimulation early in childhood in disadvantaged settings can have substantial effects on labor market outcomes and reduce later life inequality. 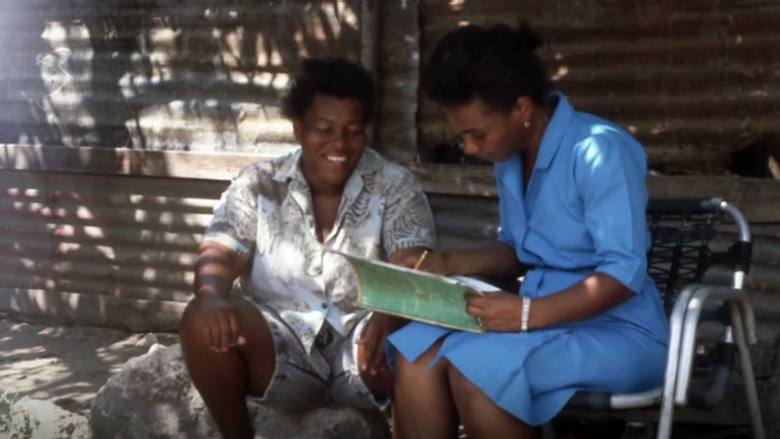 In Jamaica, Playing is Serious Business