Report Purchasing Power Parities and the Size of World Economies: Results from the 2017 International Comparison Program 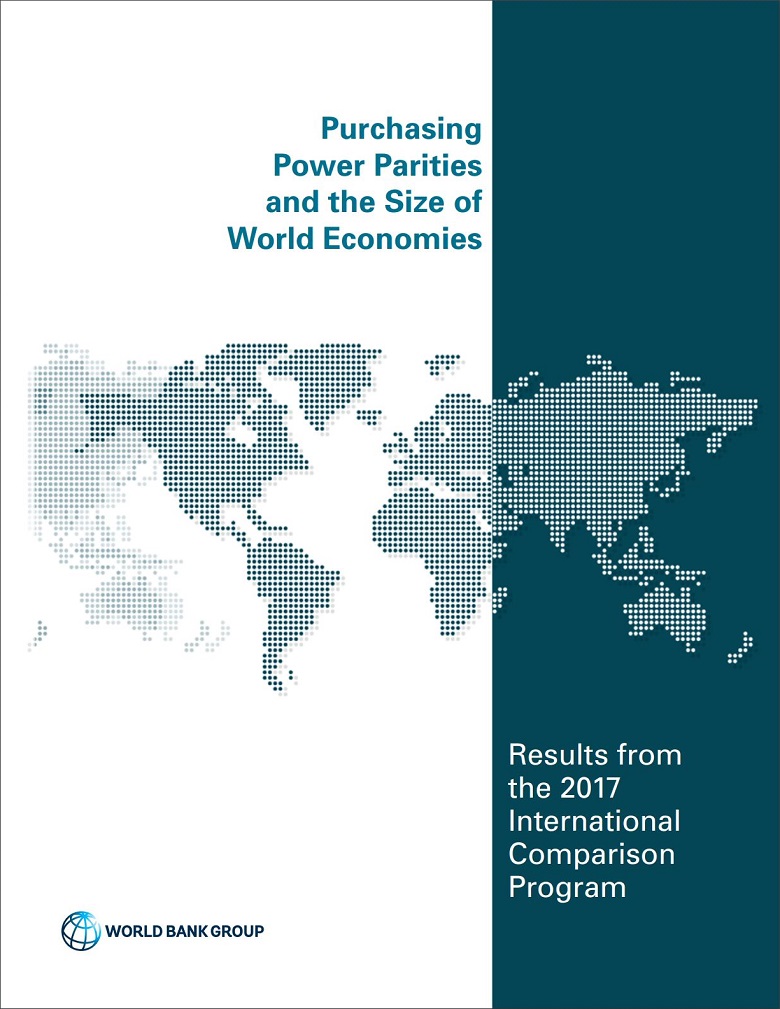 The report presents results from the ICP 2017 cycle for 176 participating economies including PPPs, price level indices and estimates of PPP-based GDP and its major expenditure components in aggregate and per capita terms for reference year 2017.  Revised results for the preceding reference year 2011 are also provided. The report includes economic analyses, summary results and visualizations as well as details on the concepts and methodology underlying the program, the uses and applications of ICP data, and the program’s history and governance. A Japanese translation of the ICP 2017 Global Report, provided by Japanese Ministry of Internal Affairs and Communications, is also available. 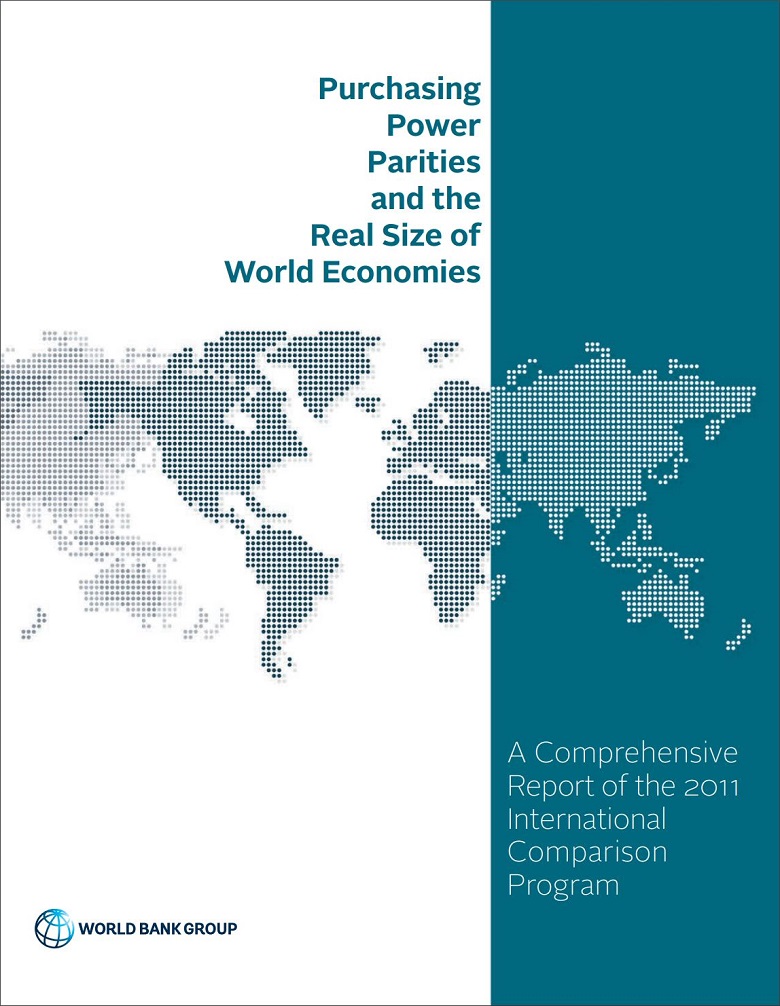 The report includes the full set of detailed results and presents an in-depth analysis of volume and per capita measures with detailed information on methodology. It provides several indicators including purchasing power parities (PPPs), real expenditures, and price level indices for gross domestic product (GDP) and its main aggregates for 177 participating economies, and partial results for an additional 22 economies.  [Errata] A Japanese translation of the ICP 2011 Global Report, provided by Japanese Ministry of Internal Affairs and Communications, is also available.

The Summary results and findings of the 2011 International Comparison Program

Africa | Asia and the Pacific | OECD 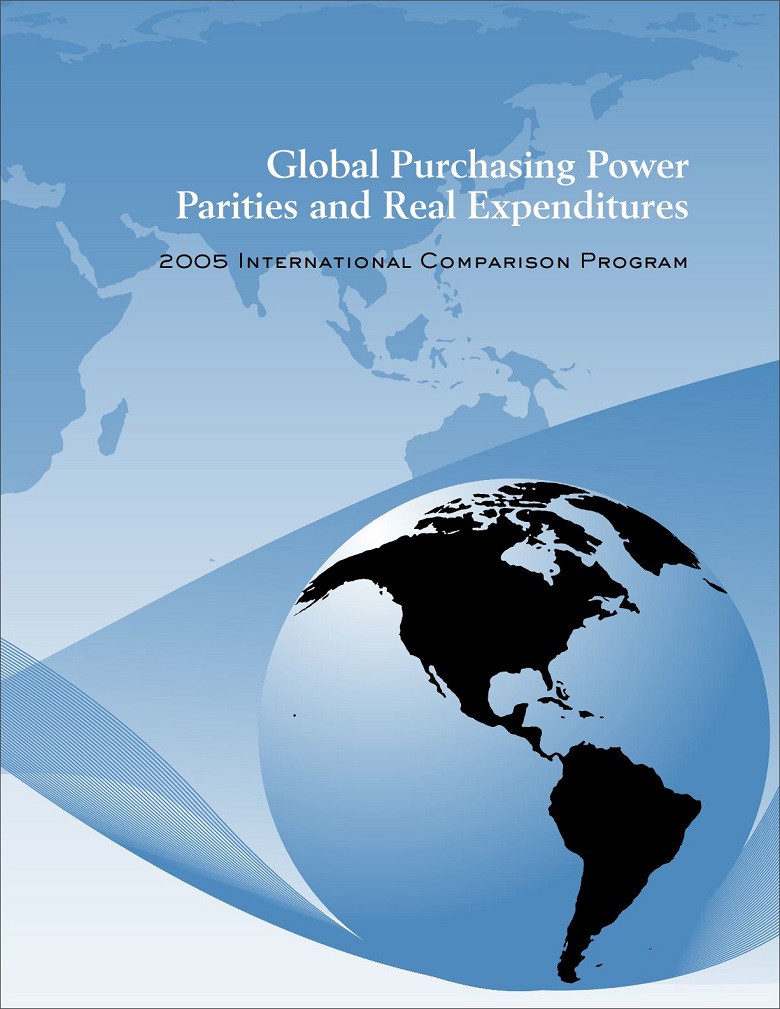 The final global ICP 2005 report provides information on GDP, GDP per capita, household consumption, collective government consumption, and capital formation for all 146 economies. These estimates are derived from PPPs based on national surveys that priced nearly 1,000 products and services. Comparative price levels are also included. A Japanese translation of the ICP 2005 Global Report, provided by Japanese Ministry of Internal Affairs and Communications, is also available.

The report presents, in a uniform format, data on GDP expenditure details in national and international currency terms, and purchasing power of currency rates generated for 87 countries surveyed over 1970-1990. The report includes data tables: 1975, 1980, 1985, and 1990 with the estiamtion of expenditure details in national currencies for 55 countries for which ICP survey data were not available.

Reports from prior exercises:

World: Comparisons of Real GDP and Purchasing Power, 1985 (available on the UNSD website)

This publication makes available internationally comparable estimates of real GDP and its expenditure components of phase V of the ICP with the reference year 1985.

This volume reports on the third phase of the ICP under the auspices of the United Nations. The main results provide comparisons of real GDP per capita for thirty-four countries in 1975. Quantity and price comparisons are given also for personal consumption, capital formation, and public consumption and further subdivisions of final expenditures on GDP are estimated.

This Phase II report presented results for sixteen countries, including the original ten, for 1970 and 1973.

This Phase I report set out the methodology and gave 1967 results for six countries and 1970 comparisons for ten countries.

ICP 1993 or prior regional results reports: