Honorable Ministers, Members of the Business Community and Distinguished Participants,

In an Op Ed for the Wall Street Journal last week, the President of the World Bank, Managing Director of the IMF and Director-General of the World Trade Organization reminded us all that  “Trade is not an end in itself, but a tool for better jobs, increased prosperity and reduced global poverty. With open markets, more people benefit from access to goods and services, ideas spread, and firms access larger markets abroad.”

They called upon national governments and international institutions to build public support for open trade policies, emphasizing that trade promotes innovation, employment and higher living standards. They also called for greater cooperation to reduce the barriers that still impede trade and stifle productivity growth. Theirs was a timely reminder that trade has been an unambiguous driver of prosperity and poverty reduction on a global scale.

This has been particularly evident in the emerging economies of Asia where integration in regional and then global markets for cars, televisions and garments lifted hundreds of millions of people out of poverty in the course of the past fifty years. Today we are witnessing a political backlash against free trade in many well-off nations. The backlash arises not because trade has failed to deliver on economic growth, but because this growth has been inequitably shared, producing winners and losers within society. That is a serious and important topic for Governments to consider in designing economic, fiscal and social policies which affect the distribution of economic gains.

But first, countries need sustained economic gain—and for this, they need to trade with others, particularly if they are small countries with limited domestic markets.

And so it is in the Western Balkans: countries need sustained economic gain, and these gains need to be shared in ways that enhance broad-based prosperity and social stability. With income levels still only about one-third the European Union average, and with high levels of unemployment, the small countries of the Western Balkans need to grow faster and create jobs that keep their young workers at home. To do this, they need more trade in goods and services.

Indeed no small countries have grown prosperous without enhancing trade integration.  It is no accident that Albania emerged from decades of communist isolation as the poorest country in Europe despite its abundant resources and location.  Typically, as small countries join the ranks of high income countries, exports as a share of national income rises toward 100 percent or more. Trade champion Singapore’s exports equal 200 percent of its national income.

Closer to home, Slovakia and the Czech Republic doubled their share of exports, from 40 percent to 80 percent of national income since the mid-1990s, bringing with it substantial convergence with European Union income levels. Another good example is Poland’s integration in global markets which has translated into uninterrupted growth since the early nineties, with the economy growing two and a half times its initial size, leading to substantial poverty reduction and  better jobs.

In contrast, the Western Balkan countries have excelled in exporting labor, while exports of goods and services remain at only 20-55 percent of national income today.  At the high end of this range is FYR Macedonia, a country which—despite the negative affects of its current political uncertainty—moved further along in reforming its investment climate and eliminating trade barriers in the past two decades—and saw faster growth rates and stronger employment gains than many of its neighbors.

You may now say “yes, but surely we cannot expand trade amid the persistent low-growth environment in Europe?”  And my answer is that you can and, indeed, you already have. Before the global crisis, the Western Balkans grew by more than five percent a year—much faster than the European Union—largely through consumption led growth. Since the global crisis consumption as a share of national income fell by 6 percentage points in the Western Balkans, while exports rose by 10 percentage points. The value of Western Balkan exports to the EU actually doubled at a time when overall imports into the EU were stagnant.

How is this possible?  It is possible because Western Balkan exports represent only about half of one percent of all EU imports.  Taking that to one percent, or to one and a half percent would bring enormous benefits to your countries in terms of growth and jobs—and this is within your grasp.

This doubling in export value to the EU has been driven in part by increasing export sophistication in several countries.  We have seen some successful integration in regional and global value chains in areas such as the automotive sector where Serbia and FYR Macedonia have become important suppliers and producers of vehicles and their components to European and world markets. This success in expanding trade has been an important factor in growth recovery in the Balkans most recently.  Today, all countries in the Western Balkans are growing positively, with average growth is accelerating to three percent per year and beyond.  This is nearly double that in the European Union, although still not yet fast enough to drive convergence within the next generation.

For this reason, it is important for leaders throughout the Western Balkans to work together to improve the environment for private investment and eliminate the barriers to trade in regional, European and global markets.  Countries in the Western Balkans are at a historic juncture where it is possible to make substantial progress toward trade integration. The Western Balkan region is moving beyond the constraints of its recent history, toward an era of increased cooperation to achieve common goals. 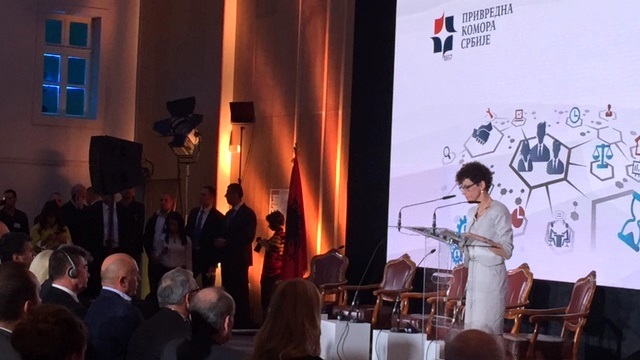 Leaders in the Western Balkans—and we are honored to have two Prime Ministers here today from Albania and Serbia--are determined to build strong and prosperous societies based not only on sustained commitment to domestic economic reforms, but also on enhanced collaboration within the Western Balkans to break down barriers to economic integration, improve connectivity, and move toward regional and global markets. Western Balkan governments are working within the World Trade Organization framework and, of course, through the EU accession process to pursue greater economic integration. Regional initiatives, such as the Central European Free Trade Agreement (CEFTA) and the connectivity agenda within South Eastern European Transport Observatory (SEETO) are important complementary avenues to foster trade in goods and services and promote regional cooperation.

Country-led efforts to promote regional economic integration were woven together last July at the high-level Western Balkan summit at the Élysée in Paris, where the six Prime Ministers endorsed a Joint Action Plan for Western Balkan Trade and Transport Facilitation.   This joint action spoke richly of leaders who understand that the path to EU accession, integration into international markets and better growth and jobs will be achieved collaboratively rather than competitively within the Western Balkans.

At the World Bank we know that carefully designed programs to facilitate trade and transport can deliver tangible benefits for citizens.  Not far from here in Bulgaria we have financed a program that has reduced average border crossing time by more than half.  In Latin America, in Colombia, a World Bank operation improved the single window for foreign trade and designed a national cargo risk management policy for ports.  These reforms have reduced the time to export by more than 30 percent and the time to import by nearly 50 percent since 2008.

The World Bank is here today to formally launch preparation of a Western Balkan Trade and Transport Facilitation Project—to mark an era of enhanced regional cooperation within the Western Balkans. The objective of the Western Balkan Trade and Transport Facilitation Project is to foster greater economic integration among Western Balkan countries, and between them and the European Union, with a focus on reducing cost and time in trade and transport, strengthening coordination and institutional capabilities, and enhancing harmonization, transparency, and predictability of the trade and transport regimes.

This Program will support implementation of the Joint Action Plan endorsed in Paris, and deepen the reform agenda on trade facilitation in close collaboration  with the European Commission, CEFTA, SEETO  and other associated regional and international organizations. The Western Balkan Trade and Transport Facilitation Program will be developed by the six countries themselves, establishing a cross-country design and implementation team and relying on results-based financing to create incentives to make progress that transcends borders.

Let me close by saying that I am pleased that the World Bank can contribute to this event today, which I find deeply meaningful for three distinct reasons.

First, we are here at the starting point of the so-called “Peace Highway” which will provide the physical connectivity to foster economic and social linkages within the Western Balkans.

Second, the event is the product of emerging cooperation among the business community in the Western Balkans, which realizes that future growth is in the hands of the private sector and must be accomplished collectively.

Third, I am honored to be in the presence of Prime Minister Vucic and Prime Minister Rama who have made an unprecedented commitment to building a better relationship among their two countries. Both men have shown the wisdom, the vision and the leadership to pursue greater regional cooperation, knowing that this is the path to faster growth, better jobs and EU accession for each and every country in the Western Balkans. 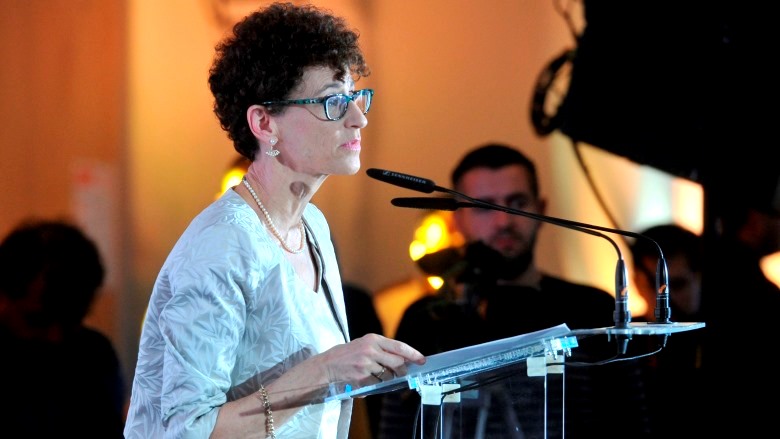