Through Thick and Thin: Philippines - World Bank Partnership Since 1945 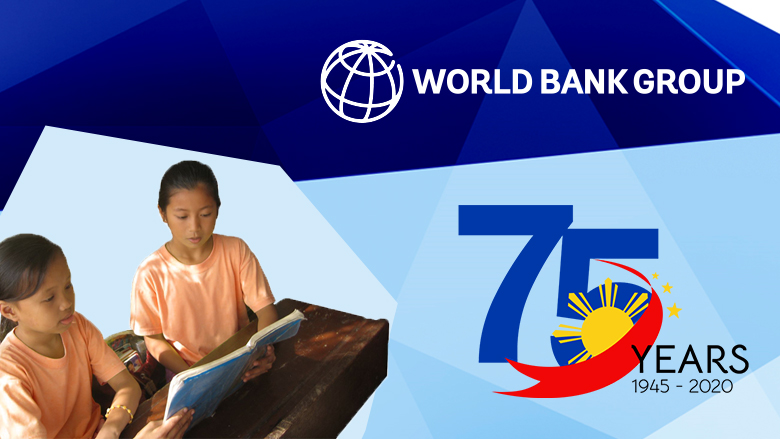 The World Bank is proud to have been a partner of the Philippines for more than 7 decades, mobilizing funding and global knowledge to support poverty reduction and shared prosperity. Like many other countries, the Philippines faces the challenges posed by COVID-19. The World Bank Group remains steadfast in its support for the country’s efforts to overcome this pandemic and recover from its economic impacts. Let's take a look at the highlights of our longstanding partnership with the Philippines.

John Christian Canceran, Number 8 in the 2020 licensure can’t believe that a son of an elevator operator could complete a veterinary medicine course. “But here I am, a testimony that dreams can be achieved if one perseveres,” he says. It helped that John’s family is enrolled in Pantawid Pamilya, the country’s conditional cash transfer program that provides grants for poor families so their children can stay healthy and in school.

“Fetching water from the spring three kilometers away from our village was part of our lives for generations," recalls Marissa Nim, a volunteer for community water supply project in the hinterlands of Kauswagan, Manjuyod, Negros Oriental. “Now, the long walks to get just two gallons of water are a thing of the past.”

After surviving Super Typhoon Rolly (International name Goni) in October 2020, abaca worker Arnold Betco and his wife were wondering how to recover their livelihood. The calamity has ravaged abaca and most of the province’s farms and infrastructure. But in a week’s time, he learned that a small enterprise where he works as a sorter has resumed its operation, courtesy of funding from the Department of Agriculture. “When typhoons hit us before, we lost all sources of income. We didn’t know where to begin. But with the support we got, we are now earning daily wages.”

The World Bank (WB or the Bank) has been a partner of the Philippines for 75 years, providing support to the Philippines’ development programs and projects. Since 1945, the World Bank Group has mobilized funding, global knowledge, and partnerships to support the Philippines’ efforts to alleviate poverty, upgrade infrastructure, improve health, nutrition, and education, strengthen resilience against climate change and natural disasters, promote peace, and enhance global competitiveness.

“World Bank support for the Philippines has changed over time, responding to the country’s development needs,” said Ndiame Diop, World Bank Country Director for Brunei, Malaysia, Philippines, and Thailand. “Since the onset of the pandemic, the Bank is supporting public health interventions, including the purchase and distribution of vaccines and working to ensure the flow of critical supplies and equipment, and helping the private sector continue to operate and sustain jobs.”

Supporting basic infrastructure in the 1960s 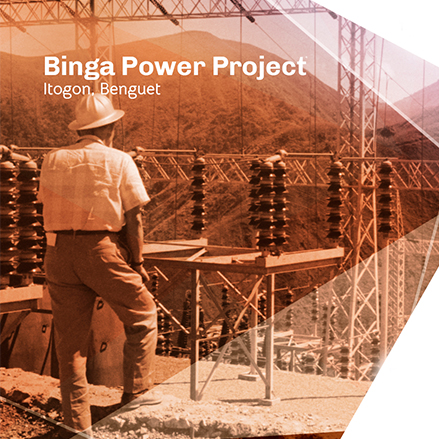 The first World Bank-supported project in the Philippines was the Binga Power Project in 1957 which funded the construction of a hydroelectric power station in Benguet to meet the growing demand for electricity in Luzon following the Second World War.

In the Philippines, the University of the Philippines Los Baños College of Agriculture is considered as the country’s premier institution of higher learning and research in plant breeding, post-harvest, crop protection, food and animal sciences, and farming systems. World Bank is proud to have contributed to its establishment with the Education Project - College of Agriculture loan in 1964 for the construction of the College’s physical facilities and equipment.

Ramping up support for rural development in the 70s 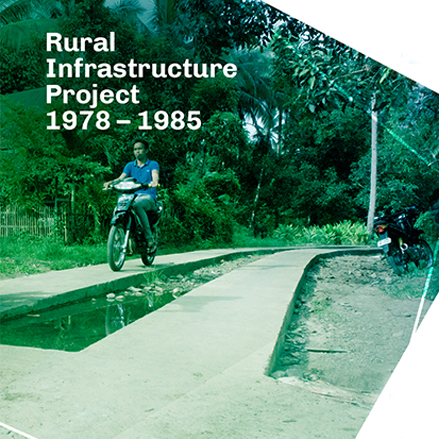 From 1968 to 1981, WB president Robert McNamara focused the Bank’s attention on poverty and the sources of underdevelopment. Under his leadership, the Bank significantly expanded lending in sectors such as agriculture and urban poverty as well as social sectors like education and health.

In the ‘70s, the WBG supported 53 projects, mostly in agriculture, fisheries and forestry; irrigation and drainage; transport (mainly roads and ports); and water supply and sanitation. One of them, the Magat River Multipurpose Project, which was funded from 1975-1986 currently provides irrigation to more than 80,000 hectares of rice lands in Isabela, Quirino, and Ifugao, including the 360-megawatt (MW) Magat and the 6-MW Baligatan Hydro Electric Power Plants.

Supporting Economic Reforms in the ‘80s

In the 1980s, the country experienced a debt crisis and political instability. Following the People Power Revolution in 1986, then President Corazon Aquino immediately launched a series of macroeconomic and structural reforms to accelerate growth and alleviate poverty. The government’s economic recovery program focused on measures including greater private sector participation in the economy, anti-poverty and job-generation efforts especially in the rural areas, and acceleration agricultural productivity and exports.

Besides support for important reforms, the Bank continued providing funding for projects in agriculture, irrigation, energy, roads, ports, and water supply. Among those projects funded was the Angat Water Supply Project designed to meet the expected water demand in the Metropolitan Waterworks and Sewerage System (MWSS) service area until the year 2000. 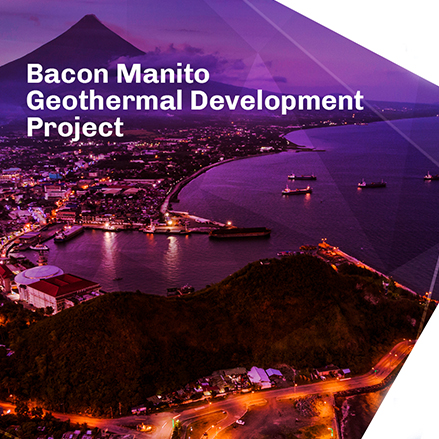 In the late ‘80s, the Bank also funded the Bacon Manito Geothermal Development Project, one of the major sources of renewable energy in the Philippines, operating several power plants with a combined capacity of about 150 MW of electricity for the country’s needs.

The World Bank established a Resident Mission in Manila on October 16, 1986.

World Bank Engagement in the ‘90s

In the ‘90s, the Bank’s assistance focused energy, financial sector development, public administration, agriculture and education. Among the energy projects were several geothermal energy projects in Leyte and Cebu (Leyte-Cebu Geothermal Project, Leyte-Luzon Geothermal Project). Besides the need to sustain economic reforms, the Bank also supported continuing reforms in the liberalization of trade and the restructuring of the country’s central bank.

Three other drivers helped shape the Bank’s engagement in the Philippines:

The Bank supported the country’s push for greater decentralization and capacity building through the Local Government Finance and Development Project (LOGOFIND) to assist local government units (LGUs) in expanding and upgrading basic infrastructure, services, and facilities and in strengthening their capacities in municipal governance, investment planning, revenue generation, and project development and implementation.

Following the signing of the peace deal between the government and the MNLF, the Bank funded the Szopad Social Fund Project in 1998 to increase the access of the population in the poor and most conflict-affected areas of the Special Zone for Peace and Development (SZOPAD) to basic economic and social infrastructure, services, and employment opportunities, through speedy financing of subprojects for local development initiatives. This project marked the start of the Bank’s engagement in peace and development in the country, leading to the establishment of the ARMM Social Fund Project in 2002, Mindanao Trust Fund in 2005, and the Bangsamoro Normalization Trust Fund in 2021. 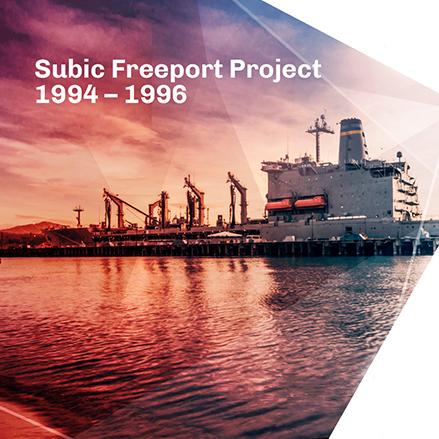 To help the country manage the facilities left by the Americans, the Bank funded the Subic Bay Freeport Project to attract private investors to the Subic Bay Freeport (SBF). The development goals of the project were to: a) improve existing infrastructure; b) improve access to the area for industrial, commercial and passenger traffic; c) maintain the SBF asset base, including protection of the environment; and d) strengthen the capacity of the Subic Bay Metropolitan Authority (SBMA) to manage and administer the facility.

Supporting Social Protection and Peace Building in the 2000s

In this decade, World Bank support expanded for social protection, community-driven development, peace-building in Mindanao, education, rural development (including agrarian reform), and water supply and sanitation. Through the Mindanao Trust Fund, the Bank in collaboration with other development partners supported community projects to aid recovery in conflict-affected areas in Mindanao. The Social Welfare and Development Project which supported the country Pantawid Pamilyang Pilipino Program or 4Ps rapidly expanded until the present. 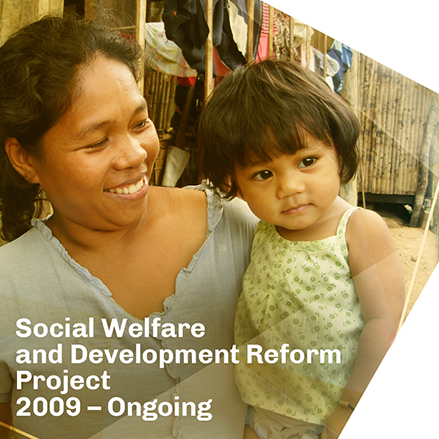 The 4Ps, which started in 2008 significantly contributed to helping children of poor families stay healthy and in school and reducing extreme poverty. Currently, implemented in 145 cities and 1,483 municipalities of the Philippines, 4Ps has benefitted more than 4 million families (around 20 percent of the country’s population), including 8.7 million children. A recent World Bank report also highlighted 4Ps as one of the largest and best-implemented conditional cash transfer programs in the world.

The country has built on the 4Ps to respond better to natural disasters and other shocks. In response to Super Typhoon Yolanda (international name Haiyan) in 2013, the DSWD provided additional subsidies to 4Ps beneficiaries to mitigate the impact of the calamity. Similarly, during the COVID-19 pandemic, the government was able to quickly deliver social assistance to 4Ps beneficiaries who are among the poorest and most vulnerable in Philippine society.

Through the Mindanao Trust Fund (MTF), which started in 2005, the Bank has assisted conflict-affected areas in the country. Supported by a range of development partners, the MTF has helped improve prospects for peace and development in conflict-affected areas in Mindanao by improving social and economic recovery through a total of 577 community infrastructure, livelihoods, and functional literacy programs in 314 conflict-affected communities. Nearly 650,000 people now benefit from clean water, better roads, more post-harvest facilities, and better access to farming and fishing equipment.

World Bank Support from 2010 Until the Present 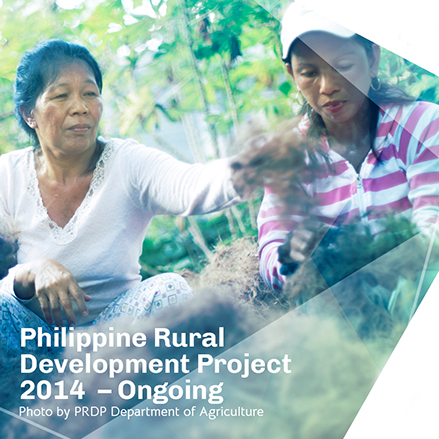 According to the Independent Evaluation Group, the impact of the Bank Group’s contribution was significant in strengthening macroeconomic management, social protection, and disaster risk management; upgrading rural infrastructure; and contributing to peace and reconciliation in Mindanao. Pre-COVID-19, the Philippines had been growing rapidly, making substantial progress in reducing poverty, and on track to become upper middle-income country in the next few years.

"World Bank support for the Philippines has changed over time, responding to the country’s development needs. Since the onset of the pandemic, the Bank is supporting public health interventions, including the purchase and distribution of vaccines and working to ensure the flow of critical supplies and equipment, and helping the private sector continue to operate and sustain jobs." 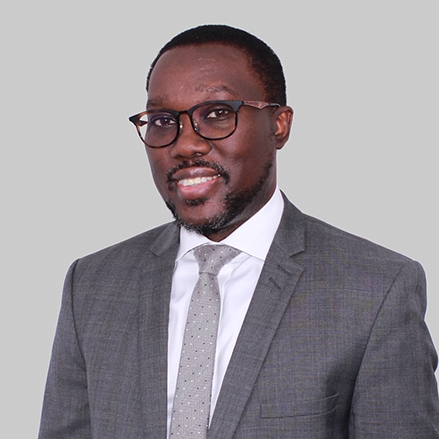 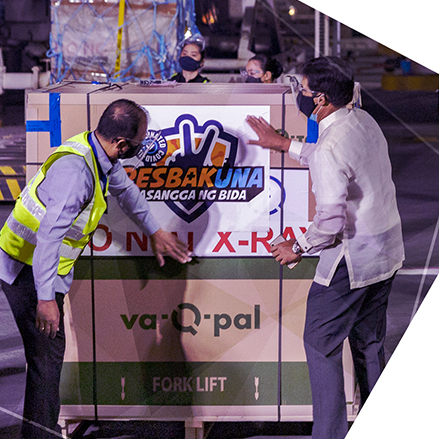 In response to the COVID-19 pandemic, the World Bank, one of the largest sources of funding and knowledge for developing countries, is taking broad, fast action to help developing countries respond to the health, social and economic impacts of COVID-19. This includes $12 billion to help low- and middle-income countries purchase and distribute COVID-19 vaccines, tests, and treatments, and strengthen vaccination systems. The financing builds on the broader World Bank Group COVID-19 response, which is helping more than 100 countries strengthen health systems, support the poorest households, and create supportive conditions to maintain livelihoods and jobs for those hit hardest.

In the Philippines, the World Bank approved a US$100 million loan for the Philippines COVID-19 Emergency Response Project on April 23, 2021to help meet urgent healthcare needs in the wake of the pandemic and bolster the country’s public health preparedness.

This project has funded personal protective equipment (PPE) such as goggles, gloves, gowns; drugs such as antivirals, antibiotics, and essential medicines; and medical supplies such as intensive care unit equipment and devices such as mechanical ventilators, cardiac monitors, portable x-ray machines; laboratory equipment and test kits.

On March 11, 2021, the World Bank approved US$500 million in funding to support the Philippine government’s program to purchase and distribute COVID-19 vaccines, strengthen the country’s health systems, and overcome the impact of the pandemic especially on the poor and the most vulnerable.

“Procuring and administering vaccines provides the country an added layer of defense against COVID-19 on top of public health measures or interventions like social distancing, wearing of masks, and washing hands,” said Diop. “Inclusive deployment of vaccines in line with the World Health Organization Fair Allocation Framework is critical for preventing grave illness and deaths from COVID-19, opening the economy in earnest, ensuring a resilient recovery, and restoring jobs and incomes.”

Over the past 75 years, the WB has remained a steadfast partner of the Philippines, ramping up its support countercyclically to help manage crises without losing sight of the country’s longer-term development needs.