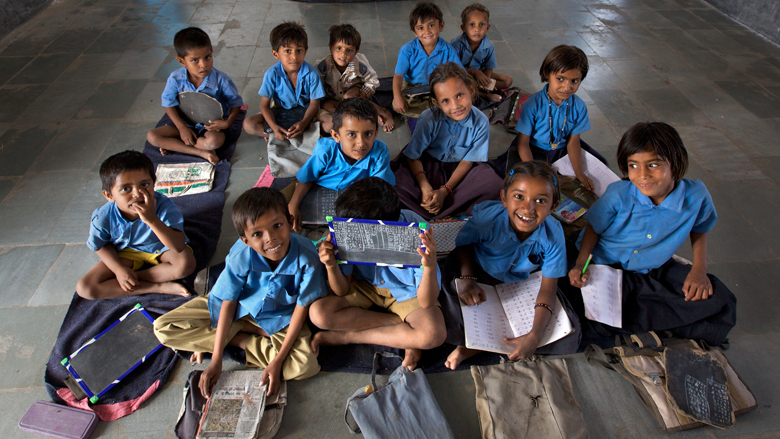 The World Bank Group (WBG) is conducting its first Systematic Country Diagnostic (SCD) for India. The SCD articulates the Group’s analysis of the principal challenges facing India today, as the country seeks to consolidate its status as a middle-income economy.

In the months to some, the diagnostic will provide the analytical base for the WBG’s Country Partnership Framework (CPF) for India. The CPF is the roadmap that will determine the Bank Group's engagement with the country over the next four years.

To steer this process forward, the WBG has planned a series of consultations (Delhi, Mumbai, Bhubaneswar) with a broad range of stakeholders. Consultations provide a platform for the WBG to tap into the rich experience and knowledge of stakeholders and listen to their insights about the challenges facing India today, as well as how the WBG can best support the country’s development agenda.

The discussions will not only center around India’s long-standing development goals but also encompass the new challenges thrown up as the country forges a 21st century nation.

Inputs, ideas and comments received as part of the consultations will feed into the WBG’s final CPF for India. They will also find echoes in the Group’s subsequent projects, policies and documents.

As the process unfolds, this page will reflect the gist of our consultations.

With one of the world’s fastest-growing economies, India is a bright spot in an otherwise lackluster global environment. Over the past three decades, per capita incomes have quadrupled, poverty has retreated, illiteracy rates have tumbled, and health conditions have improved. An expanding economy has provided the much-needed resources to address chronic infrastructure deficits and improve the lives of millions. India is now poised to transition to a higher and more widely shared level of prosperity: by 2047—the centenary of independence—most of India’s citizens could join the ranks of the global middle class.

However, success is not necessarily pre-ordained. Most countries that grew rapidly in one decade were found to have decelerated in the next. While India is not constrained by East Asia’s shortages of low-wage labor, nor is it akin to the Latin American and African economies which are subject to the vagaries of commodity price cycles, it faces its own set of challenges.

Notably, India is not only one of the world’s most densely populated nations, it is also extremely diverse. Space age industries thrive alongside primitive workshops, high-tech agriculture continues alongside subsistence farming, and elite colleges co-exist with poor-quality schools. Prosperity and poverty also live side-by-side. While India has the 3rd largest number of billionaires in the world, it is also home to the greatest number of the world’s poor. Thus, remedies that have worked elsewhere may not necessarily be relevant for India.

1.   Moving to a more resource-efficient growth path: Land, water, air - on almost any metric of natural resources - India seems constrained. It has less land and water per person than either China or Brazil, and its air is more polluted than either of these two countries. India’s agriculture uses too much water and too much land, and occupies too many people for too little output. At the same time, high and rising air pollution has cascading consequences for health, human capital and the livability of cities. To sustain growth across generations, therefore, it will be imperative for the country to pivot to a more resource-efficient growth path. This will call for using scarce resources more efficiently within each sector and allocating them more efficiently between sectors. Land – an especially scarce resource - will need to be used more productively, harnessing the benefits of agglomeration in urban areas, and increasing the productivity of agriculture in rural areas where poverty is often concentrated.

2.  Accelerating inclusion by creating good jobs, building human capital: For growth to be sustained, it will also need to be inclusive. While countries that have grown consistently over long periods usually display low inequality, in India, disparities between people and states are large – more than in other BRICS countries – and the gaps are widening. Typically, the Indian economy generates about 3 million new jobs a year, while an extra 13 million people enter the working age each year. With an ever increasing number of youth needing employment, this jobs deficit has the potential to turn the much-awaited demographic dividend into a demographic curse. A transition into the middle class will therefore call for an investment environment that nurtures the development of high productivity firms and creates more salaried jobs. To achieve this, firms will need to innovate and workers expand their skills. Today, although much progress has been made in stimulating investment, Indian firms remain burdened by regulations that make it safer to remain small. For skill-building, while access to education has been expanding and gender and class disparities have narrowed, it will be critical to improve the quality of education provided and enhance early childhood care, as disease, poor hygiene and under-nutrition in infancy interrupts the physical and mental development of a child with long-term consequences for the development of the country’s human capital. In sum, reforms will be needed across four broadly connected policy areas – addressing obstacles in key factor markets (land and labor); easing access to domestic and global markets; increasing the availability of finance; and creating a skilled work force that can provide the backbone for productive modern industries.

3. Strengthening the public sector:  Finally, to meet these goals a huge reform and governance agenda needs to be addressed. The country must adapt its institutions and policy frameworks to increase the efficiency of government, tackle entrenched interests, and enable the transition from a deal-based to a rule-based economy. Three elements will thus be vital for transforming the public sector. First, accountability, efficiency, and effectiveness need to be improved to reduce waste and boost the returns on public spending. Second, the public sector must be adequately resourced and ‘right-sized’. Third, because most core public services are delivered by lower-tier governments, the compact between the layers of government will need to be addressed as this critically influences how front-line service delivery agencies perform in their interaction with citizens. A key question is whether recently heightened public aspirations can help accelerate reform in this arena.

If you want to give any feedback, please send us an email at IndiaDialogue@worldbank.org.

Read the gist of discussions during the Delhi and Mumbai consultations.