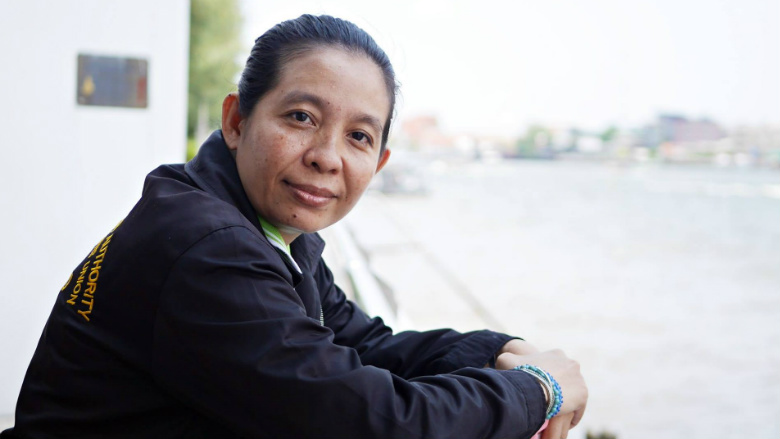 “The school asked to see me because my son punched a teacher. I am very close to my son. When I arrived I asked him, ‘Hey! What’s up with you?’ My hair is short cropped and I look like a tomboy. When teachers saw me they started whispering among themselves, ‘Even the mother doesn’t know whether she’s a woman or a man.’ I spoke loudly to my son so that the teachers could hear, ‘If teachers have this kind of attitude, not only would I punch, I’d also kick them in the mouth.’ I went on, ‘It doesn’t matter if I’m a man or woman, I managed to raise my boy and have him go to school. But look at the teachers, so unethical!'

“I look tough. My partner is a tomboy. And I have a son, because when I was 17, my mother forced me to be with a man. Then I got pregnant. I asked to end the relationship immediately. But the child had nothing to do with it so I kept and raised him. I never thought that sexual orientation could affect motherhood."

"After that incident, my son told me he didn’t want to study anymore because he was embarrassed. So I let him quit and he went to vocational school instead, even though he only had three days left from completing lower secondary school education.”

“I lost my son’s trust quite frequently because many times he’d talk but I didn’t listen. If I had forced him to stay at that school, I probably would’ve failed him again. He told me that the incident at school started because his PE teacher, who looked a bit gay, liked to touch him during class line-ups. His friends would laugh. His PE teacher laughed. My son felt embarrassed. I told him not to worry about it. He started refusing to join PE class. When I heard about that I reprimanded him. Later, he told me that the PE teacher touched and squeezed his bum again. That’s when my son punched him back. That is sexual harassment. If a man does this to a woman, it’s harassment. But when a man does this to a man, people just laugh about it.”

“My son’s friends used to visit our house. My son would introduce us, ‘This is my mom, and that’s her partner.’ Then the kids started talking, ‘Your mom’s partner looks like a tomboy. Is your mom a tomboy too?’ My hair is super short and I’m not that feminine. So the kids wondered about two tomboys living together. I told them ‘You can ask me any questions.’ One of the bold ones asked, ‘May I ask if you are a tomboy?’ I said, ‘No. I am a woman. But I want a woman as my husband!’  He replied, ‘Damn cool. I want my mom to be like this. I see my mom dating women, but when she brings a woman home, she’d say they’re just friends.’

“Thai people typically think that a man must be with a woman, and if you’re a tomboy you would like girls, and if you’re katoey (gay) then they must like men. Anything outside this structure is wrong, crazy, deviant. Whereas in fact many tomboys may like men, or katoeys might like women. Some of my friends are like that. They’re not crazy. Some women used to have a boyfriend/male partner. Then one fine day they may just change. Many people like to ask “are you a real or fake tomboy?” Such insults are uncalled for. I am a woman with rough characteristics and dating another tomboy. Sometimes I also quite like women with long hair, and sometimes I think katoeys are cute. For me, changing sexual orientation isn’t unusual, but it’s about the love connection between two people at that given point in time.” 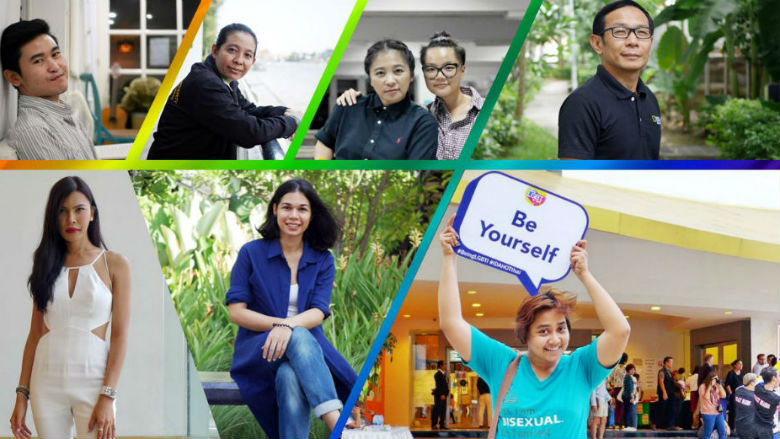