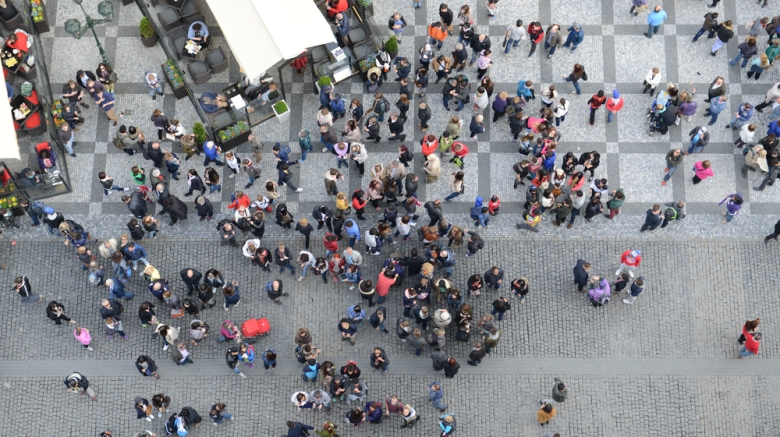 In the thick of the global immigration debate, the many benefits that diaspora populations bring to their host and home countries are at risk of being forgotten. The governments of most countries in the Middle East & North Africa (MENA) with large numbers of citizens scattered abroad—Palestine, Morocco, Iraq, Egypt, and Algeria—do little to reap the economic benefits of the bonds of kinship.

With a diaspora equal to at least 5% of its total population, or 20 million people, the MENA region has a much higher proportion of its citizens living in the diaspora than the world average. Mobilizing MENA’s diaspora would tap the expertise and networks of its professionals worldwide, broadening their role beyond that of sending remittances back home.

Remittances are valuable, particularly in times of hardship as a source of foreign exchange. MENA’s emigrants and their descendants sent about US$53 billion in remittances to relatives and friends back in their countries of origin in 2014, their value in Lebanon and Jordan making up about  15% of GDP in each country.

A new World Bank Group report, Mobilizing the Middle East and North Africa Diaspora for Economic Integration and Entrepreneurship, argues that governments in MENA should give more formal recognition to the fact that their diaspora could play a much broader role in the transfer of other funds, like direct investment, as well as knowledge or “brain gain”, skills, and professional networks.

There are some examples of this in the MENA region already. A recent large investment by aircraft manufacturers Bombardier of Canada to produce aircraft parts in Morocco likely followed an earlier investment made by Boeing in 2001 that owed much to contacts established by an expatriate Moroccan at Boeing, leading to the contract, itself negotiated by the Moroccan government.

“For me, the key information is it’s not just about remittances or governments in MENA thinking of the diaspora occasionally, only when they need it,” said Mariem Malouche, lead author of the report. “It’s about governments really reaching out to people and engaging them. There are millions of people living in the diaspora and they can play much more of a role in development.”

According to Malouche, what surprised her most in researching the report on MENA was “the very high commitment of citizens living in the diaspora and how involved and engaged they are, not only with their country of origin but also with their city of origin.”

A survey conducted among members of the MENA diaspora for the report concluded exactly this; the single most important factor in their interest was the sentiment of belonging. And the one reform that would most increase their involvement was for their respective governments to make them feel relevant, like active partners and actors capable of contributing in a broader variety of ways to the development of the local economy.

Lebanon is an example of this: its established diaspora numbers millions of people around the world. Members of its diaspora said that giving Lebanese mothers married to non-Lebanese the right to pass their Lebanese citizenship on to their children would make a big difference to them. Other Lebanese living abroad said they would like the right to vote back home.

The Philippines provides an example of good practice. With about 10 million of its citizens living and working abroad, its diaspora is equal to about 10% of its population, and it taps the potential by recognizing the positive role it can play.

The Philippines manages its relations with its diaspora at cabinet level, allowing its citizens abroad dual citizenship and overseas voting. It acknowledges what the diaspora brings to its society as a whole but also what it needs to receive: for diaspora to function well, the report says host governments should be committed to treating migrant and diaspora populations well. The Philippines advocates in favor of the rights of its citizens abroad. Most importantly for its migrants themselves are the benefits they receive, such as global legal assistance, the portability of their pensions, and help to one day return home and reintegrate.

Morocco, whose government says it has 2.8 million citizens in the diaspora, and Tunisia, 1.2 million citizens abroad, both have government offices for their diaspora communities, and allow dual citizenship and overseas voting. Algeria also makes some effort to engage its diaspora of about 1.7 million, though people who consider themselves French-Algerian sometimes choose not to vote in Algeria. But it takes more to encourage the diaspora to overcome its deep mistrust of MENA governments. Formal recognition of diaspora communities would reassure them and is also something “elite diaspora” are particularly sensitive to.

At the moment, members of the diaspora cite “mentoring” and “joint collaboration” as their most common forms of involvement with people back home. Many are prepared to part with some money. In MENA, even amounts of up to $10,000 can give entrepreneurs a start.

Unemployment in many MENA nations is high, particularly among young college graduates and women. These are groups of people who MENA citizens living abroad should find it easy to identify with—in part because the majority of MENA citizens working in the diaspora are young professionals themselves. If just 1 % of MENA’s diaspora is engaged more fully in the development of their countries of origin, that alone would mobilise 200,000 professionals, the actions of a few, as the report puts, making all the difference.