Despite the War, the Syrian Diaspora Begins to Organize Reinvestment 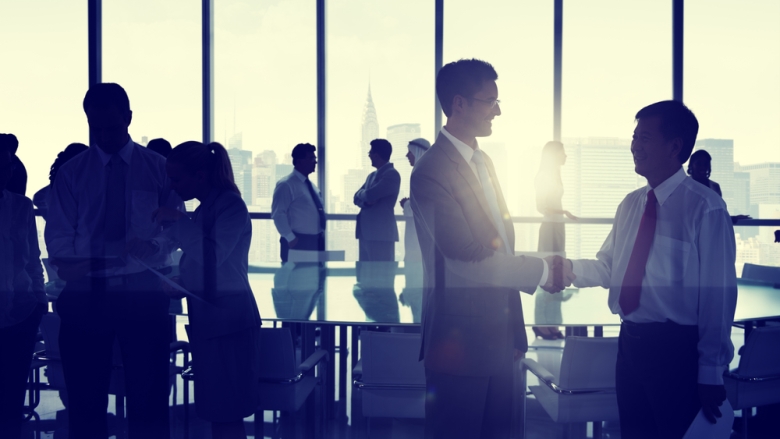 They come from all sorts of places in Syria, own a variety of businesses, live in various cities of the world, and represent the full spectrum of Syrian politics. They are all ages, too. What do they have in common? They are business-owners, entrepreneurs, and other members of the Syrian diaspora.

Since the Syrian conflict broke out in 2011, members of the diaspora have been working to create opportunities for their fellow Syrians—now refugees in the countries hosting them, by reinvesting in these countries and their businesses there. They have done so in Jordan, Turkey, Lebanon, Egypt, as well as in the Gulf and Europe.

Almost six years after the start of the conflict, they met for the first time in Germany at the end of February 2017. Their spirits were high and motivation strong. Applause and oriental sweets, made by Syrian refugee women working in a Syrian-owned shop in Jordan, punctuated the rhythm of the days. “We came here because we are looking for hope,” said one participant to the crowd. “This is an important moment for us. It is the first time we have had the chance to do something,” said another.

This was the day the Syrian International Business Association, SIBA, was launched.

That day, they decided to pool their efforts to make more of an impact on economic opportunities for Syrian refugees in countries neighboring Syria in the short-term. Eventually, they also want to make an impact on the post-war reconstruction of Syria.

“This organization is being built to survive, we are very proud of it,” the rapporteur of a breakout group that worked on SIBA’s organizational structure said. “Yes, we want to have one strong voice in order to work together, work for Syria,” said another contributor.

It is an established fact: Diaspora communities have often taken the initiative when it comes to kick starting economic recovery or getting involved in reconstruction either during a crisis or just after one. There is evidence of this from countries such as Nepal, Palestine, Haiti, and Rwanda.

When the dust settles, they do this through remittances of money, the transfer of skills, Foreign Direct Investment, entrepreneurship, heritage tourism, and “nostalgia trade”—such as handicrafts—as well as through philanthropy, volunteerism, and advocacy. “For [members of the] diaspora,” said Gervais Appave, Special Advisor to the Director General at the International Organization for Migration. “Motivation is natural, and they know what’s needed.” 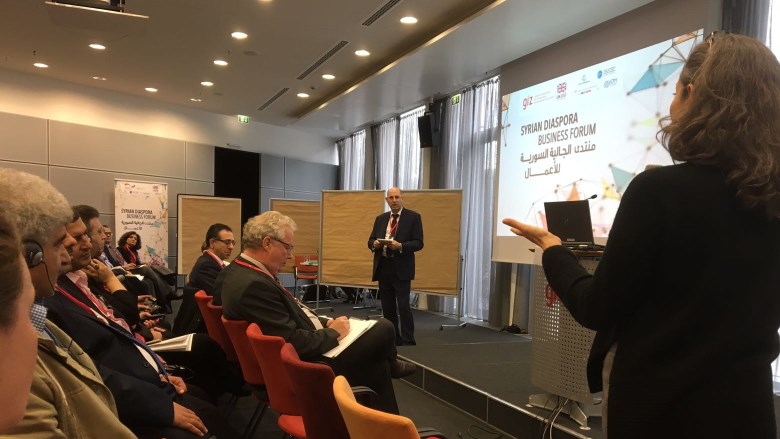 SIBA will promote and represent parts of the Syrian Business Community outside Syria.

The creation of SIBA is the just the starting point. SIBA will promote and represent parts of the Syrian Business Community outside Syria. Its next steps? Expanding its network, follow-up, and five priorities:

These priorities echo the findings of consultations conducted by the World Bank Group in thirteen cities in ten countries to identify incentives for the diaspora’s involvement in development, and the challenges that hinder it. ”Strong engagement with the diaspora is a clear win-win for hosts and the refugees themselves,” said the Bank’s John Speakman, who led the consultations.

“Jordan has already succeeded in attracting US$240 million in Syrian investments,” said Mukhallad Omari, Secretary General of Jordan’s Investment Commission. “This is what the Jordan Investment Commission was created for, to act as a single entry point for all investors.”

The Jordanian example could serve as a best practice for other host countries in the region.

“Whatever is needed to facilitate Syrian investment, the Jordanian economy, and the Jordanians,” said Yarub Al Qudah, Jordan’s Minister of Industry, Trade and Supply, “we are willing to do. These investments will contribute to the growth of our economy and to job creation.”