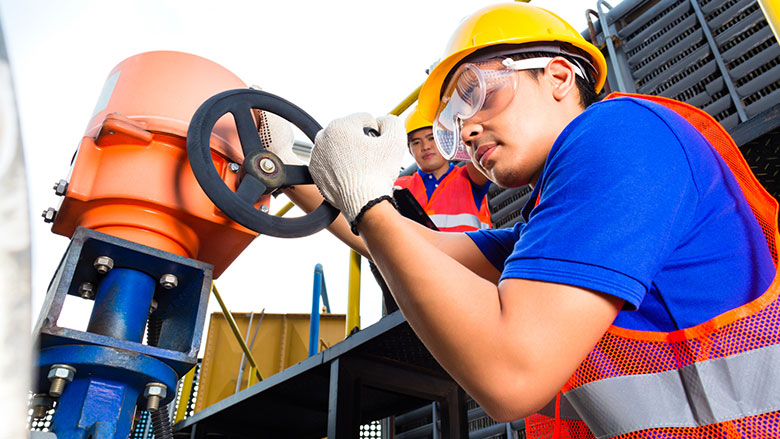 Today, Indonesia constitutes the world’s 10th largest economy. With over 260 million people spread across 17,000 islands, a modern and efficient infrastructure is vital for connecting its people to Indonesian and global markets.

Improving Indonesian infrastructure is the top policy priority of President Joko Widodo. In the 2016 budget, the Indonesian government earmarked the highest amount ever allocated for infrastructure development (approx. USD $22.9 billion), which will remain a priority at least for the next four years, according to the 2015-2020 medium-term development plan.

With over 24 state-owned enterprises (SOEs) across different sectors, Indonesia is well positioned to fund individual infrastructure projects since each SOE can potentially borrow from the financial markets.

But borrowing can be costly especially when an SOE issues a bond without the backing of a government guarantee. The challenge for the Indonesian ministry of finance was to develop a risk-sharing model so that SOEs could benefit from government-backed lower borrowing costs, but without exposing the national budget to undue fiscal burden. Specifically, they needed to find a robust way of measuring and managing the risks that could materialize should an SOE default on its debt before issuing a guarantee agreement.

“Governments issue guarantees so that the costs for the project or for the utility provided are lower, so that utility companies charge less to the people,” said Lalu Taruna Anugerah, Deputy Director of Contingent Liability, Ministry of Finance, Indonesia, at the 2014 World Bank Sovereign Debt Management Forum.

Developing the right model for evaluating risks for government guarantees

The Indonesian ministry of finance, based on its long standing relationship with the World Bank, partnered with the Government Debt and Risk Management (GDRM) Program of the World Bank Treasury to build capacity to assess and manage risks of providing government guarantees.

The first step in the partnership was bringing together practitioners from around the world in a forum where they could learn about the approaches used in other countries. The GDRM team conducted in-person, peer-to-peer workshops, hosted a seminar in Istanbul with experienced practitioners in the Turkish public debt office, and led online sessions. Countries like Colombia, South Africa, and Sweden also shared their experiences with Indonesia in these workshops. Evaluating what they had learned, the Indonesian Debt Management Office (DMO) compared the lessons and examples against the characteristics and limitations of their debt portfolio. Then they developed a new methodology specific to Indonesia with the support of the World Bank.

" Governments issue guarantees so that the costs for the project or for the utility provided are lower, so that utility companies charge less to the people "

The new methodology, called the Indonesian Internal Credit Rating (ICR) scorecard system is akin to scorecards used by international credit rating agencies like Moody’s or Standard & Poor’s. The basic premise is to assess each entity on several factors such as management quality, financial performance, business environment, and capital expenditure plan and produce a single a score. The score determines the credit risk of a given entity not paying back the borrowed amount in full and on time.

“How will the scorecard help Indonesia? The primary benefits of having a sound methodology to cross-compare different projects across multiple sectors before underwriting a government guarantee are transparency and objectivity. The decision on whether or not to issue a guarantee now takes into account an analysis of the credit worthiness of the potential guarantee beneficiary,” said Fritz Florian Bachmair, financial officer at the World Bank Treasury.

Over a four year period, leveraging World Bank expertise and resources, the GDRM team transferred the necessary know-how to help the Indonesian DMO develop scorecards for the electricity and clean water sectors. In 2016, the minister of finance signed a regulation specifying the actions when a guarantee claim is triggered or when a guarantee is requested by an SOE. As a last step in the implementation, the DMO is now taking the scorecard and rolling it out to other sectors like toll-roads, railways, bridges, ports and other infrastructure sectors. This is just one more step in making the Indonesian economy more resilient to financial shocks.