São Tomé and Príncipe to Embark on Growth-enabling Reforms 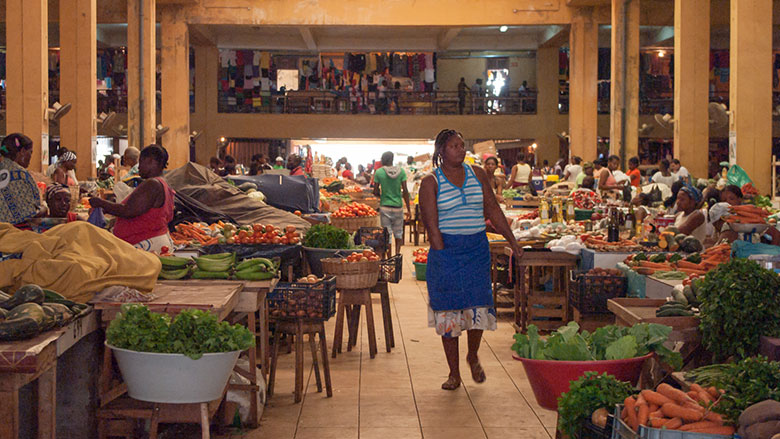 With new $5 million dollar IDA grant, the government hopes to strengthen the country’s financial sector, businesses and its infrastructure.

WASHINGTON, January 9, 2017 – With support from the World Bank, the Government of the Democratic Republic of São Tomé and Príncipe (STP) will introduce reforms to strengthen growth in the finical sector, business environment and in infrastructure.

The Strengthening Growth and Fiscal Policy Development Operation, a $5 million grant from the International Development Association (IDA), the World Bank’s fund for the poorest, will also enable the government to generate fiscal resources and savings, and improve the quality of expenditures.

“The rationale is to help the country with reforms that can remove hindrances to growth and reduce the fiscal fragility of the country,” said Clara de Sousa, World Bank country manager for São Tomé and Príncipe. Sousa, alongside Ambassador Carlos Agostinho das Neves, permanent representative of STP to the United Nations, recently signed the grant agreement in Washington, D.C.

In this sense, the operation supports policy reforms such as new bank resolution law, the reduction of mortgage legal fees to boost credit growth, and simplification and updating of values for presumptive income taxation to increase tax revenues in the country, de Sousa said.

“The grant is a very positive development since it will not only give my government some breathing room in its budgetary constraints to be able to address some of its critical socio-economic and infrastructure problems, but also to mitigate some structural short and medium terms problems,”  Ambassador Neves said. “It takes two to tango, therefore, it's also the responsibility of the World Bank to strictly monitor its implementation.”

Ambassador Neves said STP authorities will appreciate and honor their commitments and fulfill all the terms/provisions of the agreement. Neves also believes that those who need it most will see a tangible impact on their day-to-day lives, which he acknowledges is a constant struggle for survival.

“It's hoped that the grant will go a long way to address people's hope and expectations,” he said.

Growth has averaged 4.4% from 2009 to 2014, however, challenges such as looming debt, low revenue levels, external disturbances and a young population can derail the growth prospects.