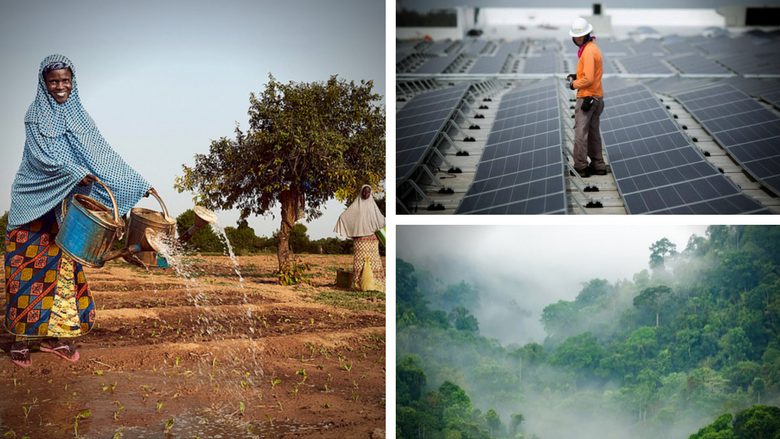 It started with the bang of a gavel. Since the adoption of the Paris Agreement in December 2015, the world has seen a year of unparalleled ambition on climate change.

Almost every country on Earth – 190 in all – have now set national climate targets as part of the Paris process.  Over the course of 2016, there have been important steps forward on aviation, on short-lived climate pollutants, and on putting a price on carbon pollution. Renewable energy surpassed coal to become the largest source of installed power capacity in the world. To date, 100 countries have ratified the Paris Agreement, bringing it into force on November 4 – much faster than anyone would have expected when it was adopted.

Despite these positive steps, global action on climate change is still far from the level needed to achieve the Paris goal of keeping the rise in global temperature to below 2 degrees Celsius by the end of the century.

Over the past year, the World Bank Group has moved quickly to build on the momentum and set the stage for a new level of ambition, committing billions to help countries meet their climate goals, delivering assistance across sectors, and pushing forward on global issues to reflect the growing international consensus that climate change must be tackled rapidly, systematically, and at scale.

The urgency is driven by the clear threat climate change poses to the achievement of the Bank Group’s overarching goals: ending poverty and boosting shared prosperity.  One year ago, the Bank Group warned that without rapid action, climate change could push more than 100 million additional people into poverty by 2030.

" Everything we do is informed by the circumstances already faced by millions of people in developing countries: higher temperatures, more frequent extreme weather events, threats to water and food security, and increased vulnerability in coastal areas and river deltas. This is why we are committed to pushing the global climate agenda forward while supporting countries doing the hard work on the ground. " 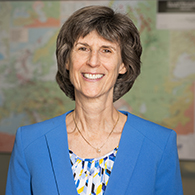 In April, the Bank Group adopted a Climate Change Action Plan, based on growing demand for support from client countries.  Under the Action Plan, the Bank Group is integrating climate change into all of its work, and expanding commitments in high-impact areas such as renewable energy, energy efficiency, disaster preparedness, and urban resilience.

“The Climate Action Plan is the World Bank Group’s own Paris commitment,” said John Roome, Senior Director for Climate Change at the World Bank.  “It allows us to pool our resources from across different sectors and target them for the highest impact, providing countries systematic solutions that reduce emissions and increase climate resilience.”

Over the course of 2016, the Bank Group has stepped up its engagements on climate change and delivered support to countries across a wide spectrum of action, ranging from new financing for solar and wind power to increasing the resilience of urban dwellers, farmers and fishing communities; from helping countries manage their forest resources to facilitating billions of dollars in sustainable investments by the private sector; and from reducing vulnerability in small island states to pushing forward global action on carbon pricing.  A list of selected examples of this action is below.

As attention turns to COP22, being held in Marrakech, Morocco on November 7-18, the Bank Group is aligning its efforts around a few focus areas as recently laid out by President Jim Yong Kim. These include facilitating the transition to renewable and low-carbon forms of energy, greening the finance sector, and ramping up global action on energy efficiency.

At the center of these efforts is a push to help countries integrate climate change into their national planning and budgeting and deliver on their Paris climate pledges – the Nationally Determined Contributions, or NDCs.

At COP22, the Bank Group will be announcing progress on the Africa Climate Business Plan, which was launched in Paris. The Business Plan aims to raise $19 billion by 2020 for investments that will strengthen the resilience of the continent’s environment and people, and improve energy access via renewable energy.  Much of the funding for the Business Plan will come through IDA, the Bank Group’s fund for the poorest countries.

A new Climate Action Plan for the Middle East and North Africa region will be launched at COP22. This will focus on fostering water and food security in one of the world’s most vulnerable regions, as well as supporting sustainable, resilient and connected cities; encouraging the energy transition; and protecting the most vulnerable communities from climate-related shocks.

“The NDCs are the building blocks of the Paris Agreement, but we know that the current NDCs won’t get us to the ultimate goal of keeping the rise in global temperatures to below 2 degrees,” said Laura Tuck. “That is why it is so important that we help countries to meet their targets quickly, and then to increase their ambitions in the years to come.”

In June, the World Bank approved $90 million in Development Policy Financing in Vietnam to support a range of green growth and climate change related policy reforms. This was complemented by the Mekong Delta Integrated Climate Resilience and Sustainable Livelihoods investment program, a $310 million operation that will help farmers and fishers by strengthening flood management, providing solutions for soil salinity and protecting coastal areas.

Putting a Price on Carbon Pollution