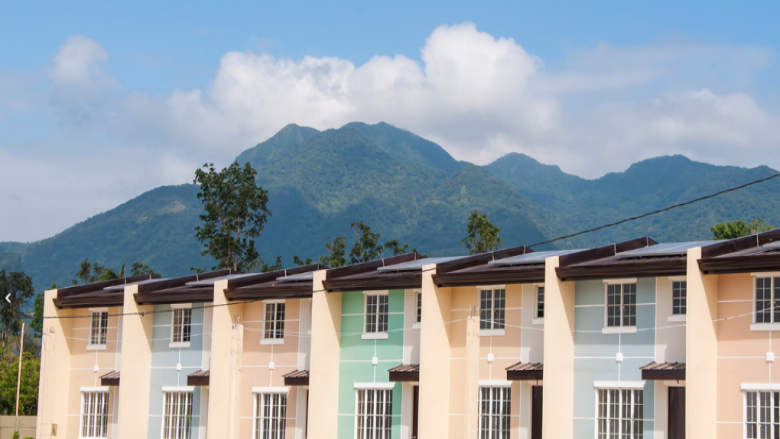 In the global effort to minimize the effects of climate change by drastically reducing greenhouse gas emissions, buildings can play a vital role.

They account for 18 percent of total emissions today, and are responsible for 60 percent of the world’s electricity usage, 25 percent of water usage and 40 percent of materials.

Those figures are certain to rise.

China plans to construct the equivalent of the current built environment of all of Central and South America by 2030, while 80 percent of India’s new building construction is expected to occur by then.

Failure to modernize building construction with energy-saving strategies and materials would substantially increase carbon emissions, rather than drastically reduce them as needed to avoid catastrophic climate change impacts.

The good news is that at little or no cost. New approaches and technologies tailored to specific local conditions and climates can reduce energy consumption and emissions in the construction and useful life of new buildings.

The Paris climate agreement at COP21 showed consensus on the need to build green, with 60 countries submitting national climate plans that that include targets on green building codes or energy efficiency in buildings.

It’s an issue that was recognized in the World Bank Group’s new Climate Action Plan, released in April, which included a focus on developing low-carbon cities by making climate issues part of the urban planning process.

Through its Global Platform for Sustainable Cities, the Bank Group will develop pilot programs in 15 cities by 2020 that integrate low-carbon and climate resilient approaches to infrastructure investment and development, land-use planning, water management, mass transportation, disaster risk management and other elements of urban planning.

IFC – the private sector arm of the World Bank Group – has supported the development of green building codes for Colombia, Indonesia, the Philippines and Vietnam, and is now working on building codes at the city level in each of these country as well as national codes for Costa Rica, Panama and Peru.

IFC’s EDGE (Excellence in Design for Greater Efficiencies) is a green building certification system which offers certification for new housing, offices, retail, hospitals and hotels that achieve at least 20 percent reductions in energy, water and the energy used in making the building materials compared to conventional construction.

Fast and affordable, EDGE is supported by software that enables project teams to determine the financial viability of building green early in the design process. After determining the most cost-effective options to reach the EDGE standard of 20 percent less energy, water, and embodied energy in materials, projects teams can use the certification system for verification.

Dozens of new construction projects have received or await EDGE certification, with partners around the world such as the architectural firm HOK and the construction firm Bouygues Bâtiment committing to greening large percentages of their client portfolios in the future.

In South Africa, Jacques Schindehütte of Valumax Asset Management, a developer of sorely needed affordable new housing, described plans to build 6,000 rental units in the Johannesburg area in the next five years that will comply with the EDGE threshold.

“The two aspects that have been most exciting to me are that I can bring down the costs of heating the water and heating the unit, and that water and electricity consumption will be lower,” he said. “This will benefit the people that live there in perpetuity.”

Schindehütte told how Nedbank in South Africa offered a reduced lending rate as incentive for his company to use EDGE, which includes software that factors in weather conditions such as rainfall and humidity, local building regulations and utility costs to immediately provide projections on the expense, benefits and payback period of green design options.

It has worked for Schindehütte, who said the EDGE program showed that the cost of choosing green building options was "not as exorbitant as I thought, and in fact, not exorbitant at all.”

In India, EDGE is working alongside other Bank Group teams on the Clean Technologies and Energy Efficiency for Eco-Cities program funded by the European Union. The program enables climate-smart municipal services, and promotes competitive small and medium enterprises, with the aim of catalyzing green building growth.

“We’re providing a data solution that proves that everyone can be profitable within the green building cycle,” said Prashant Kapoor, the IFC principal industry specialist who created EDGE. “By interpreting the concept of green through numbers, EDGE builds confidence for collaboration among investors, developers and their customers, leading to a more sustainable future for all.”